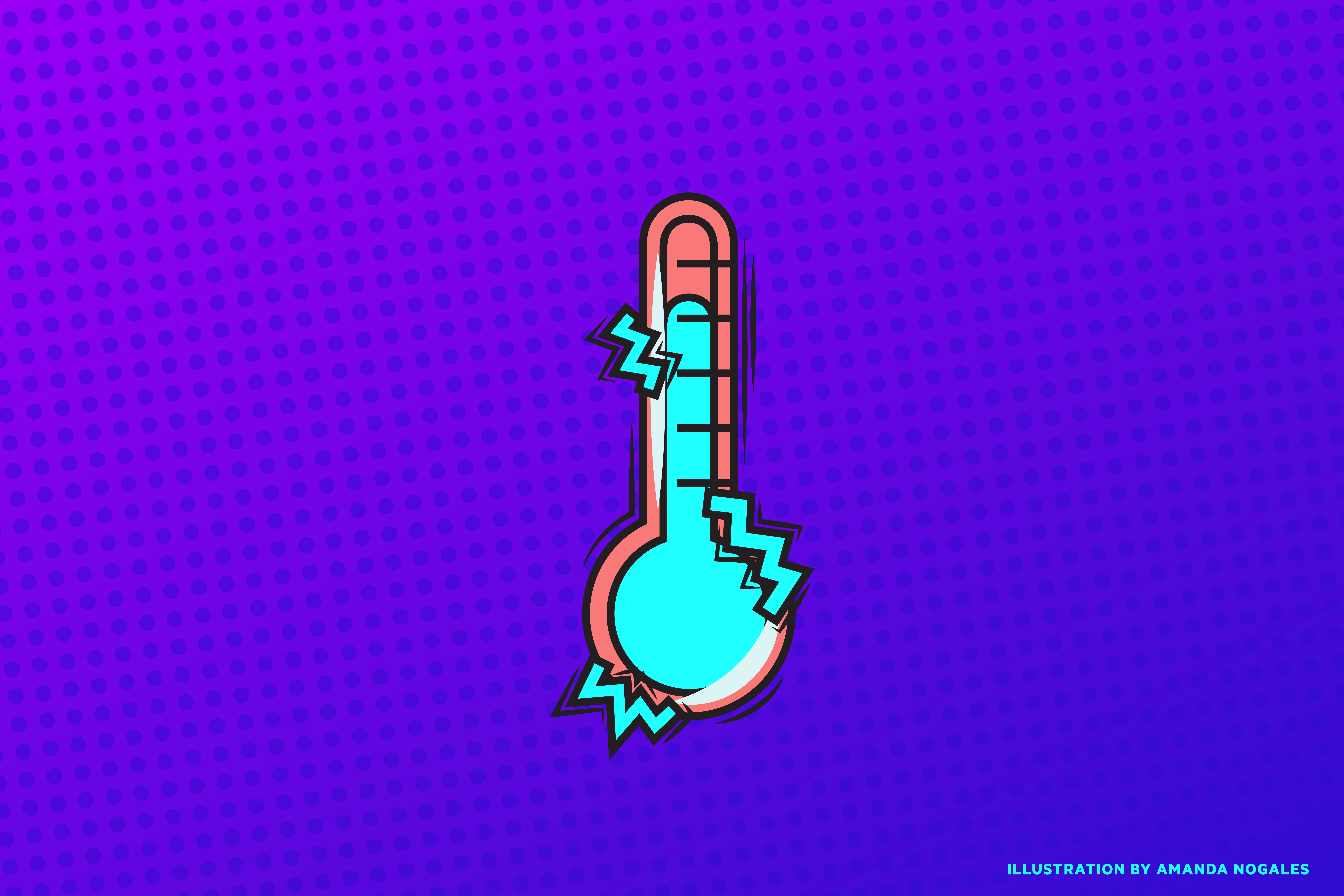 Igrew up in the ‘80s—when Star Wars was the dominant pop culture watershed and sci-fi took off as a legitimate, mainstream genre. I think the reason it did so is clear: Americans were a full generation beyond the stunning achievements of Apollo 11 and went searching for inspiration in fiction when the real world stopped providing it. We had a taste of space, and in the absence of another real-life “giant leap for mankind,” we started inventing them in movies, TV shows, and comic books.

Human beings have always been captivated by space. We intuitively long to know what’s beyond our Earth-ly sphere and have spent the entirety of human existence either making up stories about what’s out there or building vehicles that allow us to see it for ourselves. After a prolonged period of inching forward into the future, we’re finally seeing real urgency to innovate around a second space race.

That’s the backdrop for my involvement in Intergalactic, a startup focused on solving one of the most constraining problems in air and space travel: temperature regulation. I’ve spent most of my career building a family business—RAM Aviation, Space, and Defense—into an integral part of the aerospace and space supply chains. A few years ago, I came across a fledgling startup called Airborne ECS that had a great technology idea but needed help to take it to market and build the business.

In 2019, I led RAM’s majority stake acquisition in Airborne ECS, which at the time was located in a small town called Port Angeles, Washington. I put my own skin in the game, leveraging my home and 401(k) to purchase a meaningful personal stake in the company. The board named me CEO and I relocated the company to St. George, Utah, while retaining key crew members, who were primarily engineers at that point. We had some technology, some potential, and a lot to prove.

To understand the rationale for building a thermal management startup, one must first understand what’s happening in the aerospace and astrospace markets.

After World War II, the global power dynamic shifted toward nations that asserted dominance in air and space. This led the US and USSR to engage in the now-famous “space race,” which made NASA a household name and provided billions in economic incentives to reshape the entire aerospace supply chain in support of boundary-pushing missions to low-earth orbit and the moon.

Winning the space race was vital leverage in the Cold War, and it accelerated innovation that benefitted everything from American air defense fleets to intercontinental ballistic missile systems. But then something happened, with the moon conquered and the US engaged in fewer active military conflicts, the imperative to innovate waned until it was replaced with institutionalized incrementalism. It didn’t help that the space program had some very public and deadly failures, such as the 1986 Space Shuttle Challenger explosion. These forces combined to replace the zero boundaries era with a protracted period of zero-risk thinking.

From about the 1970s until very recently, the incremental agenda ruled in aerospace. American military dominance remained unquestioned, and the US became the tip of the spear in diverting any conflict that might escalate to world war status. While the human fascination with space never went away, most of the world started believing our focus belonged to terrestrial issues like economic growth.

In recent years, China and Russia have reportedly tested hypersonic missiles and agreed to build a lunar base together. The Covid pandemic and invasion of Ukraine have laid bare the fragility of global supply chains and the socio-political contracts that have kept a third world war at bay. In parallel, entrepreneurs started recognizing the vast, untapped economic potential in space—a trillion-dollar market with use cases ranging from zero-gravity manufacturing to asteroid mining—and a new space race quietly began, this time led by private, for-profit companies.

This “innovation imperative” comes with prickly challenges, including the brutal physics of managing the temperature extremes inherent in space travel. Rocket motors and advanced onboard computing systems generate insane amounts of heat, but the vacuum of space also presents unfathomable cold. If companies like SpaceX, Blue Origin, Rocket Lab, Virgin Galactic, Northop Grumman, and Lockheed Martin can’t find solutions to these thermal challenges, then their platform-level innovations won’t amount to anything. This is where Intergalactic comes in.

When I first met with the engineers who developed Intergalactic’s core thermal management technology, I knew they were onto something in terms of thermal innovation. Heat barriers block innovation, and here was a company with the key to unlocking it. Breaking heat barriers is our origin story and our ongoing mission.

When I led the acquisition and became CEO, the company formerly called Airborne ECS was focused on developing technologies and products for the defense aerospace sector. It made sense to start there as a beachhead, but our ambitions were always much bigger than building thermal solutions for fighter jets and helicopters.

I believe in the power of story. One of the first things we did after bringing the company to St. George was to enlist Bondir, a southern Utah-based brand agency, to take us through a full brand discovery and rebranding exercise. That process helped us pinpoint what really drives us as a company and then develop a visual brand that reflects what we really want to be.

The name “Intergalactic” is, first and foremost, an on-the-nose description of where we want to go as a company. We envision a future that includes interplanetary and, possibly, intergalactic travel. There’s no way that the future will come true without major innovations in thermal technology. We want to create thermal innovations that unlock major breakthroughs.

Secondarily, the Intergalactic name pays homage to the ‘80s pop culture that shaped my personality and inspires so many on our crew—we hear the song “Intergalactic” by The Beastie Boys play in our heads every time we use the company moniker.

A shining city on the hill

At Intergalactic, we’re not just trying to bring enabling technologies to an aerospace industry bent on innovation, we’re also trying to bring a brave new world of economic opportunities to St. George.

The Tech Ridge development on the old airport hill represents a monumental opportunity to bring bright minds and innovative companies together in close proximity. When other markets have done similar things, it has almost always led to expansive economic benefits for their communities. This is what I want for St. George.

I’m trying to build an aerospace startup by breaking all the rules of aerospace. We’re irreverent. We don’t comply with conventional thinking. We hire people who’ve worked in Silicon Valley, for major healthcare companies, and for highly regulated public utilities. We have former startup founders on our leadership team. We’re assembling the right mix of talent and experience to go big. You might say our goal is to “step into the party, disrupt the whole scene.”

The world is changing, and space is the next kingmaker industry. Everything we think we know about space is going to change in the next decade as long as we can break down the constraining physical problems that prevent innovation. Wherever there are heat barriers, you’ll find Intergalactic. 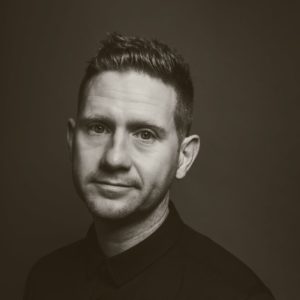 Brian McCann is CEO of Intergalactic, a thermal management systems company serving the space, defense, and aviation sectors. Brian lives in St. George with his wife and kids. He holds a bachelor’s degree in business management from Brigham Young University and an MBA from Southern Utah University. 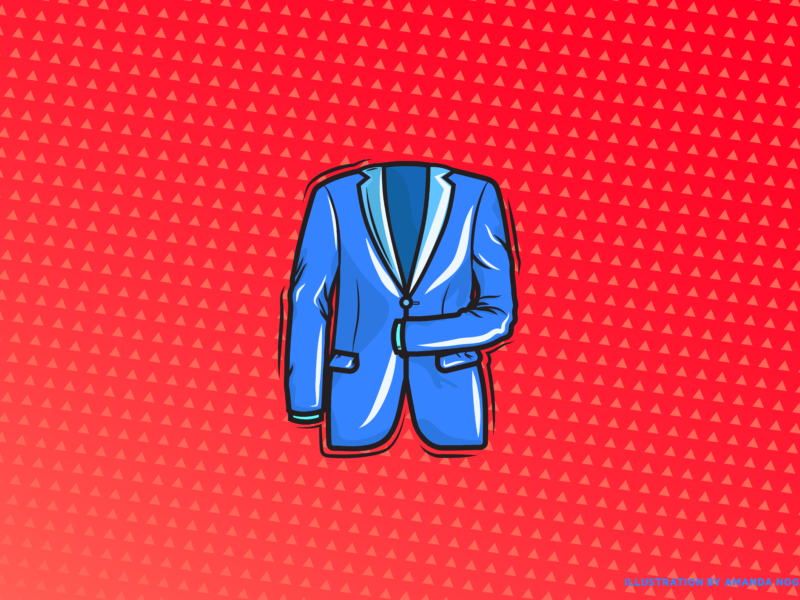