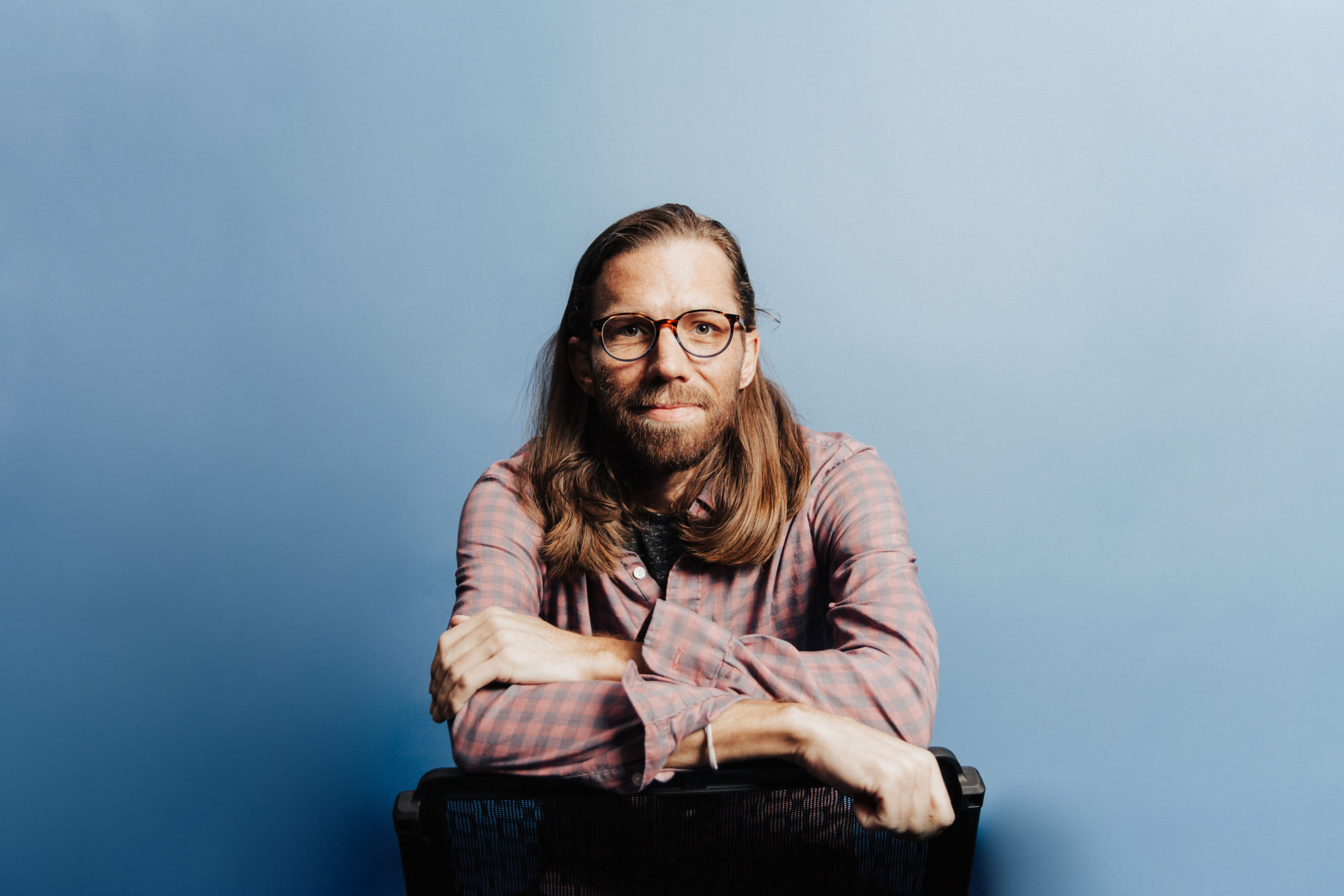 The Founder Series is a monthly column by and about Utah founders and how they got to where they are today. Click here to read past articles in the series.

I first started coding computers when I was around 14 or 15. At first, I used the skills I learned coding to compose music on the computer. This further fueled the passion I already had for music and I was inspired to enroll at Illinois State to study the art.

Over the course of my education, I ended up taking several freelance composition gigs for marching bands and the like in the area. Music remained an important part of my life all throughout college but my love of coding inspired me to officially change my major to computer science when I was a junior.

My experience with freelance work in college taught me that I wanted to work for myself because I liked to be my own boss―though I didn’t really start thinking about building a company until I interned with Nike in Beaverton, Oregon.

During my internship program, Nike acquired this skateboarding brand that I absolutely loved. I came up with a bit of a pitch to turn it into a men’s fashion line―but I was a lowly intern at the time. The executives were immediately like, “No way!” (As it turns out, Nike did end up turning that brand into a men’s fashion line―known today as Nike Skateboarding or Nike SB.)

Though they didn’t go for my idea, my experience with Nike taught me about what it would be like to create a brand, build toward a goal, and make an idea tangible and real. I held onto this experience for the next five or six years until I eventually started my first real entrepreneurial endeavor.

The idea for MyJibe came when I was 28 and living in Indianapolis. I had engineering experience after working at Experian for a few years―which allowed me to better understand all of the financial data in the banking industry―and I had an idea to create a software program that would help the average person understand it as well.

After raising money from an investment group in Bloomingdale, Indiana, I built out the product and brought it to life alongside a team of six. Looking back, I can’t believe I was so young―and I’m grateful it turned out how it did. MyJibe had several offers, one in cash, and as a first-time founder who had never been a part of a deal like that before, I had to look at how I saw short- and long-term value as well as what I was most passionate about, because I didn’t really have any prior experience.

It would have been really nice to take that first all-cash offer. But it all changed when I met Ryan Caldwell on a trip out to Utah and saw what he was doing with MoneyDesktop. From the first day we met, we knew we were going to end up working together.

Neither of us are material people. We talked about what was most important to us: Were we all about the money? No? Okay good. Eventually, we peeled back the onion to “You are a human, what is your ethos?” And that’s where we really connected. Since I didn’t have a place to stay we ended up sharing homes, offices, and cars until I could have my things shipped out from Indiana six months later. Even then, he was kind enough to let me stay another six months.

After getting to know what Ryan and MoneyDesktop were doing I thought to myself: “They are working right, this is where the future is heading, and this has the beginnings of a solid working strategy.” So when it came down to deciding who MyJibe would merge with, we decided that it was worth forgoing immediate cash to see how the working relationship with Ryan and his team would play out. Obviously, it ended up being the best thing for us because that flywheel still continues to spin.

Needless to say, Ryan and I merged our efforts when MoneyDesktop acquired MyJibe and a few years later we rebranded as MX.

Since our original merger, MX has gone on to raise a $100 million Series B round in 2019 and a $300 million Series C in 2021―led by TPG with an investment from Alphabet’s Capital G. We’ve made a lot of big moves, but it’s always been my goal to remain as methodical as I was during the first deal when taking on investments, new hires, or anything else.

Throughout it all, MX has remained a very data-driven company, and I’m probably most proud of that. I see a lot of companies our size who are very nonchalant about how they spend money, which can lead to disaster if you aren’t looking at the data behind why you are taking on the funding or making any other business decision.

It has been crucial to the success of MX that we really vet out every move to make sure it’s in the best interest of everyone involved. We never want to lose the purpose of where the company is headed, so we’ve always been a really protective entity about who we let invest.

For example: During this last round, we opened up funding and had 10 times the number of investors wanting to invest than we actually took funds from―and we vetted out every single one of those entities. Ryan, [our CFO] James Dotter, and I got on the phone, called for references, and asked all of the hard questions because it’s really easy for investors to say, “We gave them $100 million and they gave us back $1 billion, everything is fine and everyone is happy.”

That’s not the full story a lot of the time and, as a co-founder, you really want to call the investors behind the companies that failed and ask, “What did the investor do? How did they react? Was their response helpful? How did they respond to this kind of adversity?”

Throughout the entire process of founding and funding MX, we’ve learned that when you’re deciding who’s going to be a steward of a substantial percentage of your company and who’s going to be able to put that capital in, it’s not about picking up whatever check is on the floor. There are marriages that are easier to separate from than some investments (or investors).

The vetting that you have to do is incredible―and being a founder isn’t as glamorous as TV makes it look. There’s a lot of paperwork and a lot of data involved to make sure a company stays healthy and brings in the right people to create and do business with.

The hardest part of being an entrepreneur is making sure that objectivity and subjectivity overlap while still siding empathetically with the members of your team. This problem has existed in many forms throughout the entire human existence, though one place it’s well-articulated is in the book Zen and the Art of Motorcycle Maintenance by Robert M. Pirsig. We provide the book to every new MX engineering hire.

As a founder, you have to decide when objectivity and subjectivity overlap, and when science and romance should overlap as well, in order to create a product or a company of quality. As a founder, you often have to force yourself to make hard decisions like: how many chances or opportunities should employees have? How much coaching should be required or support offered? How much funding is really necessary to take this idea to the next level?

Figuring out the balance is the most challenging part of building anything with substance, but it’s often the most important part of the whole thing. Honestly, all problems at every startup company are human problems. Not a single one of them, in my experience, are technology problems. I’ve always said that figuring out an issue with technology is way easier than figuring out the problems that come with humanity.

In fact, I’ve found it’s easiest to lead the way by “telling on yourself,” or calling attention to the areas in which you feel weak or don’t feel like you have all of the information needed to make a good decision. At the end of the day, we all have these unconscious biases and weaknesses―they’re impossible to ignore and just as hard to remove. But by telling the people around me―whether it be professionally or personally―where I feel I am weak, it allows me to manifest that weakness for gain, which in turn helps me strike a balance no matter what.

Becoming a founder has been one of the most rewarding experiences of my life, but I’m not sure if I will go through this journey again with a new idea. I’ll admit I do think of at least 10 companies every day that I think need to exist, but I don’t think that the incentives line up for every idea along the way. In most cases, a founder spends 10-12 years investing, growing, and building out an idea so you really have to believe in an idea to turn it into a successful company that impacts society.

If someone were to approach me about some big idea that’s going to impact cancer treatment and they wanted me to be involved, I would participate because I can speak to that experience personally. I had stage IV cancer and I feel that I would owe that to humanity. But if someone wanted me to help co-found and create the next Snapchat platform, I probably wouldn’t take part in that―I’d rather harness my energies to change the world in some other way.

The way I see it, every human on Earth has a certain number of five-year blocks. By the time you are 20, you’ve lived through four of them. Then after that, you really only have about 14 five-year blocks left. Maximally, you’re going to get at least twelve five-year blocks in your life that you can devote to something. Since I’ve invested so many of my five-year blocks into the incredible things we are doing at MX, I have maybe eight blocks left that I can really play with.

Up to right now, I have no regrets about how my life has progressed and the ways in which I have chosen to spend those five-year blocks of time―I feel like the luckiest man in the world. However, If I ever do start another company, there are definitely a few things (like the go-to-market strategy) that I would do differently.

I’m not sure where I will be in the next five years, but I’d like to one day retire. And I feel it’s crucial that those in a position of experience and success turn around and pay it forward to those who are just starting out―just like we all once were. Over Christmas break, we had a lot of downtime and I started to get bored―so I began filling up by time by calling other entrepreneurs to see what they were doing and how I could help them. I really love to hear about ideas and connect those ideas to the resources that they need.

I guess you could say I aspire toward retirement, but we’ll see if I ever actually take the plunge. 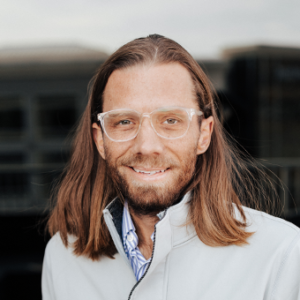 Brandon Dewitt is the co-founder of MX.