In a nutshell, these companies move into the state and they do all sorts of things that engage the economy, from leasing real estate, to buying dirt, to building buildings, to incorporating getting loans, to buying furniture. The full suite of business services these companies need to access when they’re moving into a market. So as far as our private sector membership, I think there’s a big interest to try and enter that supply chain and make sure that there are goods and services made available to these companies.

There are a number of interesting byproducts of this pandemic. How do you see this new normal shaping up after the pandemic is over?

I think the great opportunity that Utah has is the disconnection that we’re seeing during the pandemic between where my job is located and where I’m located. People are realizing they can have their job in Silicon Valley but live in Silicon Slopes. We’re going to look back in 10 or 15 years and view what’s happening right now as another major shift. We saw a major shift right after the Olympics, we saw a major shift during the Great Recession, and now we’re experiencing another major shift.

But as I’ve also reached out and talked with some of the employees, their comments have been, okay, Marlin, I agree that we might not be able to bring as many employees back, but we now have to reconfigure our internal space. We need to now provide a little more space. Because if you look at some of the Class A office spaces, oh my gosh, they’re packed in there like sardines. Now we’re looking at how to open those spaces up a little more to provide more social distancing. So I think it’s going to be interesting to see how things start getting sliced and diced here in the future as leases start coming up, how much lease space has taken down? And those companies that have pivoted have been extremely successful.

It’s just all about that concept of flexibility, right? The ability to change on a dime, not necessarily to take that benching system that they were working with in the office before―where everybody was two feet apart, and there was all this collaboration, and enjoyment that came from that―that now is functionally obsolete. It’s about being able to take that and create a different kind of flexibility and then be able to pull in the amenities when we can utilize them.

But as we start to see COVID come to an end within the next six to nine months, and that new normal will look more like flexibility around, do I want to sit in this cubicle, or do I want to sit in this amenity space, or do I want to go out to the outdoors and sit on that park bench with my laptop and be able to utilize that space? And so all of that flexibility along with the ability to work from home a day or two a week, is exactly what the C-suites of companies are trying to build into their corporate headquarters.

We had a slowdown, obviously, from March through about mid-summer, in terms of land use applications and things like that coming in. 2019 was the busiest year we’ve ever had in Salt Lake City from a development perspective and October 2020 was actually busier than October 2019, so we’re starting to see that change. What we’re hearing is that projects aren’t being canceled, they just have different expectations in terms of how their space is going to be used, which I think echoes this.

The other thing that we’re hearing too, is that there’s a lot more of a demand for those public amenities and everything from wider sidewalks to bike racks, and micro-mobility things. We have a couple of office towers under construction downtown, and they want to know where their future tenants and occupants are going to be putting those things. Fortunately, we haven’t seen development slow down, which was a little bit of a concern but construction sites have been able to maintain and keep going despite construction crews being impacted.

How critical are incentives in attracting new businesses to both state and local communities?

There are a lot of states that do it in a lot of different ways. You can run a corporate recruitment program or an economic development program with big incentives or small incentives. It’s just going to affect your deal flow. It’s going to affect the projects on which you can compete. It’s not necessarily a binary off or on either. It’s just important to understand the impact that’s going to have on your success. The impact it’s going to have on what your pipeline looks like, your ability to compete on big high-value projects.

If an incentive is what’s driving the deal, then there’s something wrong with the deal. I call it the icing on the cake, the cherry on top. Now with that said, if you’re wanting a Fortune 100 corporate office to be located in the state of Utah, how do we also not compete with incentives when other states are going to be throwing incentives at them? So it’s a fine balance of weighing out, “I want this business, how do we get them?” But without also selling the tax base out for that.

From the city of Lehi’s perspective, it’s not that we’re not willing to provide incentives, it’s that we feel like we’ve created the nucleus for businesses to come. So now we’re looking at every incentive opportunity with a critical eye.

One of the things that I think local governments do look at is the general quality of life. They ask what are those public amenities that make the place attractive for future employees? Whether it’s things like the Eccles Theater downtown, or building trails and parks and open space. Those are all things that are not necessarily direct incentives to a business to locate in our city. But they certainly are factors in decision making of whether somebody wants to live in the area.

The fact of the matter today is that incentives are an expectation for any business that is doing anything across the board. So the trick is what’s the type of project that you’re trying to attract? What’s the type of growth that you want to return?

In Utah, I think we’ve done a really good job of doing that, of being pretty conservative there. But it’s an expectation. So there needs to be something. [The gesture of the incentive is important], of companies knowing that they’re welcomed, that Utah’s open for business, and that they’re wanted in the state of Utah. So I think it’s only going to get more competitive as we try and come out of a recession in a number of states. I’d say they’re only going to become more critical in the future.

Every business that I’ve ever spoken with about where they were going to locate, I would often ask them, “What’s important to you?” And they would say: number one, workforce. Number two, was, “Is it a business-friendly environment?” Number three was always market access, then number four was quality of life for their people.

What you notice was never on that list was incentives. But what you notice is that there are a lot of places that can hit those four. So where do incentives come in? Well, it tips the scales. So once you get down to your list of 10, and then when it comes down to how do you tip the scale, you usually do that with incentives.

One of the things that I really like about the incentive programs, especially the way that it’s designed in Utah, is that it actually inserts competition into the process. We were fond of saying, “We don’t incent water to run downhill.” So there has to be competition, it actually has to make a difference.

How do we balance growth and attracting new businesses?

From an economic development perspective, we are in competition with every other economy, whether that’s Denver, Dallas, or the Bay Area. And we’ve created a very, very effective mechanism to attract businesses. We’ve got our foot on the gas. And if we take our foot off or we tap that brake, it is so much harder to catch back up to the group as a whole because of that loss of momentum. And if we tap that break, if we try and slow things down, all it’s going to do is slow our economy down and allow the other economies to take advantage.

So my comment is that, no, I do not want to see us put the brakes on or try to slow our economy down. But I think we could do a good job of coming together as a region, coming together as the state to say, okay, how can we effectively help manage the growth, and what mechanisms? And we’re going to have to plant the seeds today that we might not see come to fruition for five to 10 years. And that deals again with transportation, infrastructure.

One is you just say, stop. No more. Block the borders and put up a no vacancy sign. And, of course, that’s not a realistic option, nor should we want it to be, in my opinion. The second option is to say that we don’t care, let it grow however it wants to, and we’ll turn into a ‘fill in your favorite urban sprawl place around the country.’ Los Angeles comes to mind. And then there’s the third option, which is to be smart about it. And I think we have been. We have a history of it in Utah. We’re just natural planners. It’s part of our heritage. It’s part of our DNA. We look ahead and we try to figure these things out.

Smart growth really comes down to resource management. And when you think about it, everything is really some resource, whether it’s our trails, our mountains, our waterways, our housing supply, our streets, those are all resources. And the best way to address growth is to make sure that you have management plans for those things in place.

I think there are a lot of rust belt cities, for example, that were so heavily invested in one industry that when that industry changed, they weren’t able to adapt and they weren’t resilient. And so I think that’s part of the secret sauce of growth, managing those resources in a way that you can accommodate the needs as those needs change over time. And I think the pandemic is bringing that out and demonstrating that sometimes change is quick and rapid, and the most resilient and best planned and best-managed places are going to be those places that have thought about that and put the resources in place to deal with it. 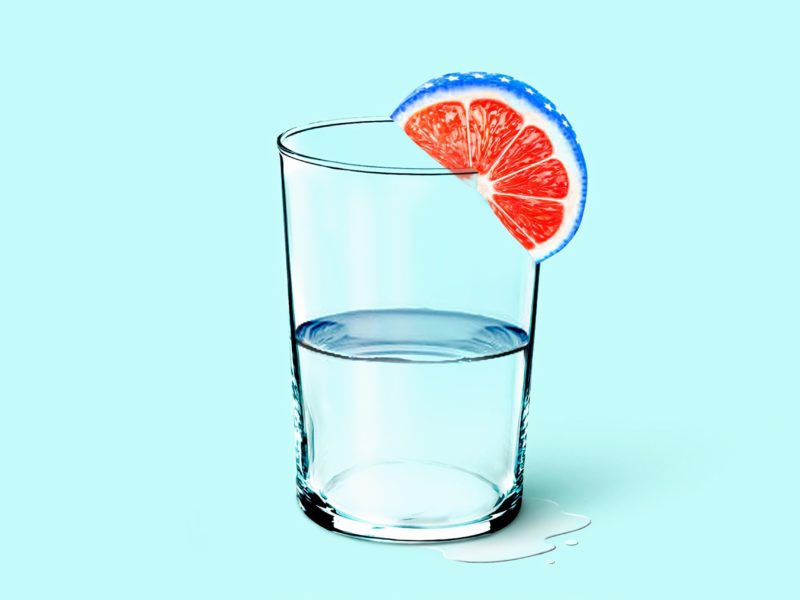 When the diversity bucket leaks 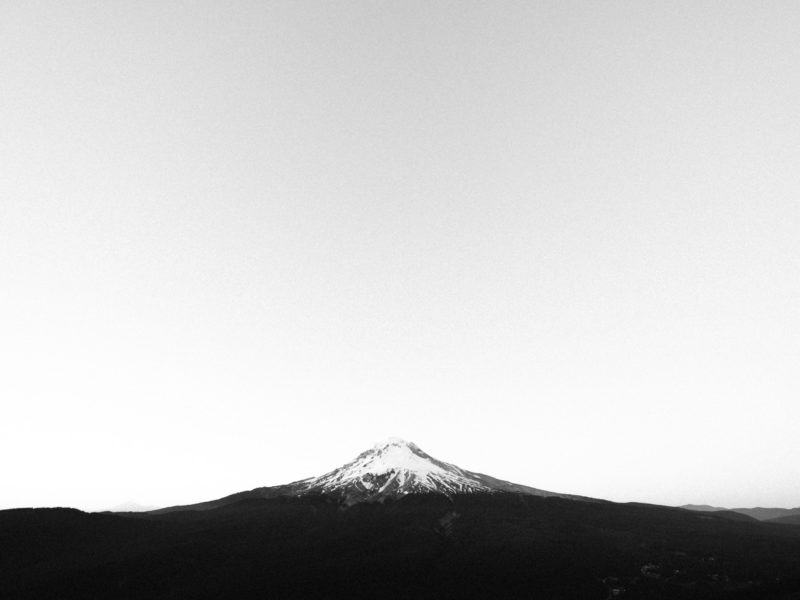