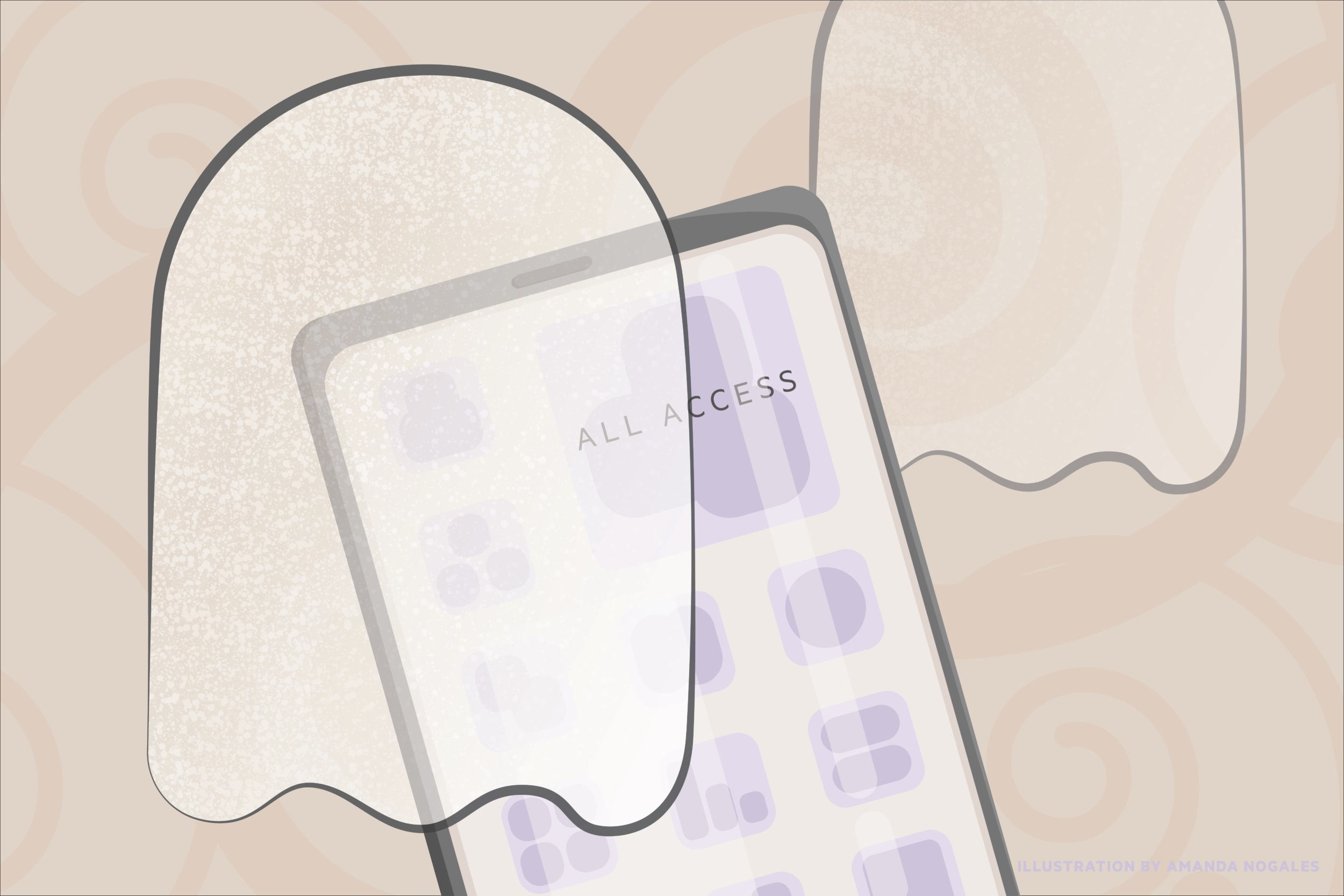 Social media fact-checking, censorship and the right to free speech have all been high-profile topics of conversation for political figures and commentators this past year. In late 2020, Twitter and Facebook began labeling certain tweets—including some from then-President Donald Trump—as “misleading.” Trump was banned from Twitter following the Jan. 6 attack on the US Capitol, outraging conservatives and raising already-heightened concerns about censorship.

Several companies are attempting to capitalize on the “uncensored” social media market, including Trump himself. He recently announced the launch of his own social media app, TRUTH Social, “to stand up to the tyranny of Big Tech,” according to a press release. And Trump isn’t alone—among the companies trying to help the conservative consumer protect themselves from “big tech censorship” is the Freedom Phone.

Run by Utah-based Erik Finman, who describes himself as “the youngest bitcoin millionaire,” the company promises a phone with no app tracking, no keyboard tracking, and no location tracking, along with an “uncensorable app store” that will never ban apps. Each phone also comes preloaded with apps popular with some conservatives, such as NewsMax, OAN, Parler, Rumble, and DuckDuckGo.

“Nobody elected Mark [Zuckerberg] or Jack [Dorsey] to be the arbiters of truth in America, yet they still thought it was OK to ban a sitting president from their platforms. If they censor a president, they will censor anyone,” Finman said in a video introducing the phone. “Imagine if Mark Zuckerberg censored MLK or Abraham Lincoln.”

As of Sept. 6, the Freedom Phone team was made up of 15 people Finman employed in Idaho and Utah, according to the New York Times. And according to Finman, the company has seen some early success—he tweeted in early September that the company had done $6 million in sales since the original launch this summer. That’s at least 12,000 phones.

Finman said in a video introducing the product that it “is comparable to the best smartphones on the market.” According to the Freedom Phones website, each phone has a 1,560 x 720-pixel display, a 13-megapixel rear camera, 64 gigabytes of storage, and a 1.8 GHz eight-core processor. Product review site CNET says that the Freedom Phone’s hardware specs were “barely on the same level with a $200-$250 budget phone,” offering comparisons to the Umidigi A9 Pro, Motorola Moto G Play, and Motorola Moto G Power.

Since the phone’s initial launch in July, Finman and his company have entered into a partnership with Utah-based ClearCellular, and the phones will now run on the operating system ClearOS. The companies announced the agreement in August, with the FreedomPhone set to adopt ClearCellular hardware and software, while also providing some customer service support.

“We look forward to giving Freedom Phone the firepower, stability, and security it needs to help people regain control of their digital lives and footprint,” says Michael Proper, chairman of Clear companies, in an August announcement. “They have done an incredible job addressing the pent-up frustration amongst conservatives in the United States of America around censorship and BigTech control.” According to New York Times reporter Jack Nicas, “The arrangement has freed Mr. Finman to focus less on running a phone company and more on building a political operation.”

Finman’s tweets to his 65,000-plus followers read similarly to many right-wing political commentators, consisting of commentary on President Joe Biden, Covid, and of course, freedom of speech. Within days of the Freedom Phone launch, other popular right-wing personalities had joined him in tweeting about the phone—including Candace Owens, who pitched the phone to her 2.9 million Twitter followers and 4.1 Instagram followers. “I’m holding a freaking phone that’s not controlled by Apple or Google,” Owens says. “We made the switch immediately.”

The smartphone market is a tough one to break into. Statista reported that as of May, Apple iOS held a 52 percent subscriber share of smartphone users, while Android had 47.4 percent. Microsoft and RIM/Blackberry had percentages of 0.4 percent and 0.1 percent, respectively. But Freedom Phones are not the only ones offering alternative smartphone options. In fact, they’re not even the only Freedom Phone out there.

Finman’s phone sells on the website FreedomPhone.com. If you Google “Freedom Phone,” however, that’s not the only site to come up. FreedomPhones.net has been “creating happy customers for over a year before ‘the other guy’ showed up,” according to their website. FreedomPhones.net will “de-google” your Pixel 4 or 5 cell phones for $145 and load it with GrapheneOS, also selling already “de-googled” phones for between $649 and $740.

It’s too soon to say if the Freedom Phone, ClearPHONE, or any other uncensorable phone will make a dent in the market, but it’s definitely not the last we’ll hear of these companies’ fight against “Big Tech.” The Freedom Phone team believes it is a winnable fight. “This is bad news for Silicon Valley, and we fully expect them to fight tooth and nail to slow us. No matter the size of the storm, we aren’t backing down—and we know you aren’t either,” the Freedom Phone October shipping update read.

Freedom Phone did not respond to an interview request for this story.