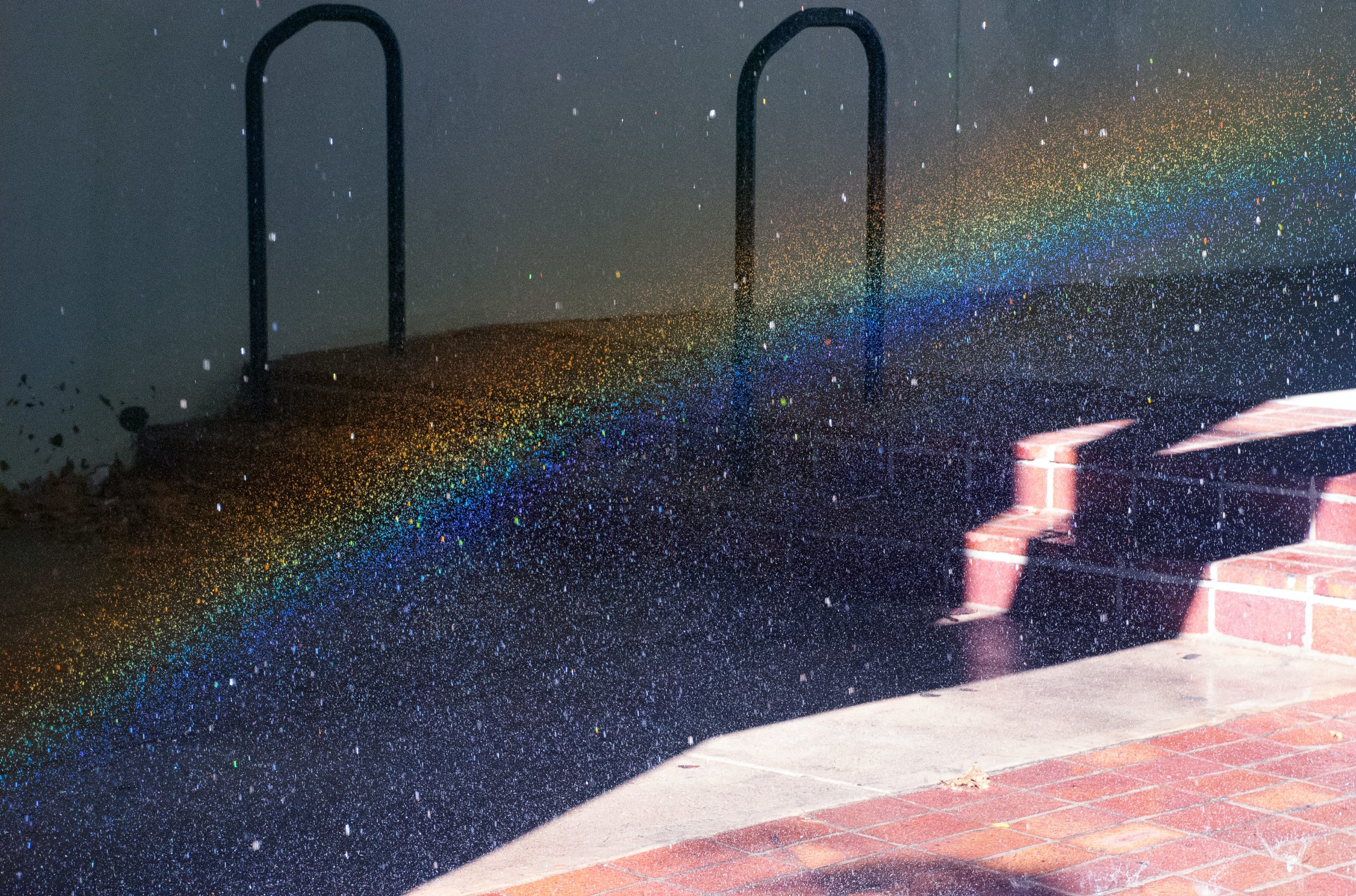 I‘ve now been a venture capitalist for over six years. My early years were a bit disorienting, to be sure. I’ve traditionally been a big company guy, so adjusting my weltanschauung to the perspective of an entrepreneur and all of the VUCA (volatility, uncertainty, complexity, and ambiguity) that accompanies it was no mean feat. I read a ton, listened a lot to my partners (I hope; you can ask them if that’s true), and tried to develop my own sense of how I could uniquely contribute as an investor.

In this business, we talk frequently about pattern recognition–the idea that every company will be unique, but that there are patterns that allow us to take mental shortcuts in assessing an opportunity and its attractiveness.

As a self-proclaimed contrarian, I decided early in my experience to eschew some of the traditional dogma and come up with my own belief system that would guide my investment choices. My belief was simple: if I think the way everyone else is thinking, I’ll perform the way everyone else is performing. With the benefit of having now seen over 3,000 companies and led investments in over 30, I’ve remained committed to some of those early beliefs, but I’ve also changed a few. Some of these were beliefs that I held quite strongly.

But if you are going to learn and embrace reality as opposed to your own conception of it, you have to be willing to let go when faced with clear evidence you are wrong. Over my next five articles for Utah Business, I’m going to discuss specific beliefs that I have now eschewed, or at least modified, as I’ve learned from my successes and failures as an investor. They are these:

Purpose precedes passion. A great founder sees her company as a cause that is unique to her own life and life purpose.

Great start-ups hire athletes, not role players. Everyone in a startup has to be a generalist to a great extent.

Executives teams must be co-located. There is so much that depends on real-time collaboration and culture formation that remote work, at least for the executive team, is a significant liability.

Massive market size doesn’t matter as much as investors think it should. Great companies can be built on niche markets, even those that don’t offer much opportunity for adjacencies or expansion.

It’s not a good investment if I don’t get a “good deal.” The greatest sin of a seed investor is overpaying for a company, as I can never get that ownership back.

For the purpose of this article, let’s focus on the first.

Shortly after I started work as a professional investor I developed a particular fondness for highly purpose-driven founders. While I couldn’t quite pinpoint why it just had inherent appeal to my sensibilities. Then I read Grit by Angela Duckworth, and this belief was cemented in my brain.

In Grit, Duckworth argues that a deep sense of purpose differentiates those that will stick with a super hard endeavor from those that will often quit when the going gets tough. She uses the example of Beast Barracks at West Point. Beast Barracks is one of the world’s great sorting mechanisms, occurring within days of a new plebe arriving to start school. The attrition rate from this grueling, multi-week experience is shockingly high, and this is happening among people that have prepared and worked for years, all with the goal to attend a truly elite military academy.

Every person admitted is among the best of the best: leaders, competitive athletes, outstanding scholars. What differentiates those who quit right as they are getting started from those who make it? After weeks of rigorous analysis it came down to one simple trait: those who stay can’t imagine themselves being anything other than a soldier. It’s their identity; core to who they are.

Armed with this insight I started to sort companies on this same basis. This led to investments in SimpleCitizen, Rags, and SonderMind. In all, I believed I saw founders who couldn’t imagine themselves doing anything other than solving the problem their company was purpose-built to solve. They seemed to define themselves by it.

A couple of years after investing in SonderMind I had the opportunity to interview Mark Frank, co-founder and CEO, on Kickstart’s podcast, Perfect Pitch. In the interview, I claimed that one of the things that made SonderMind special was that Mark defined himself by solving the problem of access to and quality of mental health services.

Mark’s response was a head-snapper for me. In so many words he says, “I think there are several opportunities I could have pursued. I had other ideas for great companies. This is just one that seemed like a great fit and a need that I could build something to address.” Wait, did I hear that right? This is just one of several good ideas that you could have been equally happy and “gritty” in pursuing?

Following this interview, I went through all of my companies and did my own assessment of the degree to which the founder had an abiding purpose that drove their passion for and commitment to their startup. Some of the best didn’t fit my preconceived mold.

Frank Wooten of Vence was living in Brazil and found the problem of all of the labor required to conduct cattle ranching to be fascinating. He imagined that an internet-of-things device along with smart software could solve it, with great benefit to the rancher and the environment. He then set himself to building it.

Frank was a previous investment banker and hedge fund manager. What would suggest he would be the guy to go hang out on ranches and immerse himself in the problems of their business? Honestly, nothing other than the fact that he’s a really smart, motivated guy who found an opportunity that seemed interesting and then went heads-down in pursuing it. Having now seen him do this for several years, I can’t imagine anyone doing it better.

Another example who comes to mind is Bret Larsen of eVisit. Bret is an entrepreneur to the core of his being. I think he will spend his whole life building startups. It happens that his current startup is focused on re-inventing and simplifying healthcare delivery, principally through remote care.

eVisit is crushing it, and Bret doesn’t see the finish line in sight. He wants to build something that makes a dent in a very messed-up, costly, and inefficient system for delivering care. That said, he’s already told me that he has new ideas that he will want to partner with me in building in the future. If I know Bret, some–if not all–of those ideas will have nothing to do with healthcare.

My change of mind and heart on this point culminated with a reflection on my own life and career. I have gone through chapters in consulting, healthcare, athletics, higher education, and now investing. In each case, I have been fully committed and passionate, almost to the point of obsession.

How does this happen? Aren’t we told that we are supposed to find our passion and then pursue it? I’ve concluded that for many, this may be a fool’s errand. In fact, in most cases the opposite is likely true: when we commit to something―truly commit―passion comes as a natural byproduct. Purpose and passion most often follow commitment, not the other way around.

Why does this matter? Scads of authors and speakers and motivational types are proclaiming from the rooftops that we need to find our passion and purpose and then pursue it. I’m seeing in countless people, especially people early in their careers, that this is causing professional paralysis. Not knowing what their passion is (or even necessarily how to discover it) they are stalled. Truly immobilized. Years are wasted treading water, waiting for that fateful day when that purpose will finally reveal itself.

Even worse, people will choose what they believe their purpose should be, only to find after pursuing it for a while that it isn’t really fulfilling, or even that they aren’t necessarily very good at it. I see this as truly tragic.

To be clear, there are some for whom a life’s purpose becomes clear at a young age and it then ends up guiding the most important choices they make regarding education, career, and contribution. When that happens, it can be pretty magical, both for the individual and for all of us that benefit from their choice. We should cheer for and support those people, every single step of the way.

For most of us, life won’t be that simple. That doesn’t mean that it has to be less fulfilling or lacking in meaning. What it does mean is that we have to take the best insight we have; to be self-aware, learn, and explore. Then we must make a choice and commit. When we fully commit, a deep sense of purpose and passion almost always comes. If we are tepid in that choice, it almost never will.

We have never lived in a time where more opportunity has been available to more people. This can result in the classic “paradox of choice” where there are just too many options, so we fail to choose at all. Of course, failing to choose is also a choice. Making that “choice” rarely comes with a good outcome. Don’t let that happen to you. Be willing to let passion and purpose develop as a result of commitment. You can always change your mind and do something different in a later chapter in your career.

I’ll close with a thought shared by James Clear in the book Atomic Habits: We become what we repeatedly do. Our identity can literally be changed by repeated, committed action. Let that guide you, and I think you’ll be happy with the results.