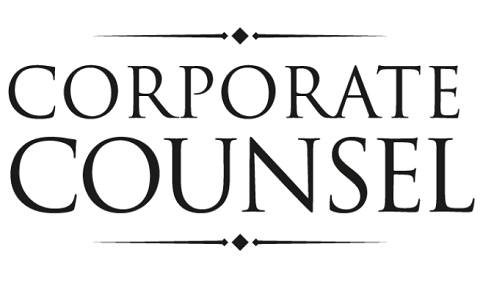 “This event marks our first Corporate Counsel Awards. We began researching the concept over a year ago, and the more we learned about the vital role of in-house counselors, the more excited we became about the opportunity to shine a spotlight on the tremendous legal talent we have here in Utah,” said Donnie Welch, publisher of Utah Business.

The honorees each play key roles in their respective organizations, said Welch, such as Dennis Lloyd of WCF Insurance who was vital in the transition of the company from a quasi-public corporation to a private mutual insurance company—a process that involved working with lawmakers to craft legislation to enable the transition. Randall Benson helped Bank of American Fork survive—and thrive—through the recession through the acquisition of other community banks and going public as People’s Utah Bancorp. Kimberley Honeysett, senior vice president and general counsel, helped her company spin off from its parent company and ushered it through the process to become a brand-new public company with 1,500 employees.

In addition to those and other examples, Welch noted that corporate counsel has to fill a large number of roles as well as often function as part of the company’s leadership.

“As in-house counsel, they wear multiple hats, handling everything from human resource issues to real estate transactions and more,” Welch said. “Even though they don’t have to track billable hours or work to bring in new business for a firm, they have tough, demanding jobs that require commitment, flexibility and deep knowledge of multiple legal topics.”

Many of the honorees gave a tongue-in-cheek nod to that freedom from tracking billable hours. As Jeffrey R. Olsen, in-house legal counsel with Alpha Warranty Services, Inc., put it, “For those of you outside the legal profession, it’s like when you switched from VHS to DVD, and you stayed up late and watched a movie, and you get to the end and go to rewind it—and remember you don’t have to.”

George Adondakis, president and legal counsel with Nicholas and Company, said his interest in law was first sparked while reading Harper Lee’s To Kill a Mockingbird and admiring the character Atticus Finch.

“I always wanted to be a trial lawyer … but I found out being a corporate counselor might be a better fit,” he said. “It’s been a successful 15 years. It’s been a pleasure to watch the company grown and see what we can become.”

“When I went into college, I knew I wanted to go into business and I thought an MBA was my path, until I took a business law course,” he said. “Navigating that cross section between law and business and finding solutions—it’s not easy, it’s challenging, but that’s what gets me out of bed.”

Several also recognized their team, both in the office and at home, for helping them succeed. George Stewart talked about his long and unusual career, which for the last three and a half years has included being chief counsel, U.S., for Rio Tinto.

“I’ve been to some unusual places over the years. I’ve been burned in effigy, I’ve had to run a refugee camp as part of my duties, I’ve gotten threats, we’ve had to have our children followed by security 24/7, and through it all, my wife of 31 years has not complained,” he said, thanking his professional team, as well, and noting, “Hire people smarter than you are. If you do that and you defend your clients zealously within the confines of the law, you can’t help but succeed.”