Business is booming in Utah’s tech industry. On a percent change basis, Utah was the top state nationally for tech job growth in 2017 at 3.6 percent.

But growth in the tech industry isn’t limited to new jobs. Utah’s tech startups are also finding it easier than ever before to secure funding in a highly competitive industry. Local venture capital firms are stepping up their investments to help create a more vibrant ecosystem in the Beehive State.

“Capital is like water,” says John Knotwell, CEO for the Utah Technology Council. “It flows in the place of least resistance. The highlight here is capital is flowing in Utah.”

Utah companies looking to secure financing for early-stage growth are generating more support than ever before. Local venture capital firms aren’t just dipping their toes into the water to check the temperature. They are jumping into the pool and taking laps with enthusiasm.

MountainWest Capital Network reported steady growth for the technology/software sector in its 2017 Deal Flow Report. From 2013 to 2016, Utah tech companies raised $6.1 billion from a cumulative total of 1,006 private placement funding deals through venture capital, private equity and angel investments over that four-year period.

The peak of the four-year period came in 2015. That year, private placement deals hit $1.9 billion in value for 263 reported deals.

“For the size of Utah, we have some really good venture capital firms,” says Katie Chandler, the Deal Flow chair for MountainWest Capital Network. “I don’t know that there’s many other markets in the country that are the size of Utah that have that many venture capital firms that are investing in the state. It definitely helps grow that a lot faster than I think a lot of other states have experienced.”

Early-stage funding is seeing the biggest boost from this uptick in investment in Utah tech companies.

Kickstart Seed Fund launched the state’s richest investment fund to date in January at $74 million. This new round of funding almost doubled Kickstart’s previous fund of $39 million announced in 2015. Since it launched in 2008, Kickstart has invested in more than 100 startups in Utah and the Mountain West region and committed approximately $148 million in capital.

Peak Ventures, another Utah venture capital firm, raised $23 million in its first round of funding when it launched in 2014. For the firm’s second round in 2017, it boosted funding to $50 million.

Local Utah venture capital firms aren’t facing a ton of stiff competition from out-of-state firms. They are able to create a workable footprint, in part, because they focus on the early stages that bigger firms tend to ignore.

Staking their fortunes on early-stage funding can have benefits for local firms. It allows them to build a relationship with local startups and take a more direct approach in helping these budding companies build a foundation for later success.

“It comes down to, especially in early stage, more of a relationship on how you actually grow and not just the capital you get,” says Drew Yergensen, MountainWest Capital Network president. “A huge advantage of being here, for these companies, is just being able to have access to look eyeball to eyeball and make other connections and advise as opposed to just giving money.”

At a certain level, many venture capital firms share a common DNA with the technology companies they fund. They came from humble beginnings and know what is required to build from the ground up into something bigger and better.

Seeing bold new ideas and products can generate the same surge of excitement those firms felt during their own early stages of existence. They understand what it’s like to be in the entrepreneur’s position because they’ve already walked a mile or two in their shoes.

“We’re sort of in the same boat,” says Kent Madsen, managing director for EPIC Ventures. “All of us jumped off and left our careers to come out and start a new company that just happens to be a finance company that’s financing technology. We view ourselves as lucky to be a part of the ecosystem and above so many startups. By the same token, I think all of us—at some level—have an absolute strong entrepreneur stripe ourselves.”

Later-round funding is still in a nascent stage in Utah. Many companies look to bigger firms beyond the state’s borders when they are looking for large-scale debt funding as opposed to equity funding. These larger firms tend to not focus on investments that involve just a few million dollars or less per deal.

The positive side of this for Utah tech companies in early-growth stages is that it truly lets them plant roots in the local economy. First-round entrepreneurs can bring on investors that are accessible and available to consult as needed in those early-growth stages. It becomes much more valuable than simply obtaining money.

“That’s one of the great things about having so much early-stage capital available to local entrepreneurs now,” says Chris Calder, director at EPIC Ventures. “For that first, second and third round, they can select an investment partner who’s local, who’s involved, who can do the heavy lifting and be available when they need them.”

Tech companies contributed an estimated $14.9 billion to the Utah economy in 2017. That represents 10.2 percent of the total economy. With an average wage of $83,590 for a tech industry job, more growth in the industry in Utah means that it will continue to emerge as a hub and incubator for new tech companies.

People have begun to recognize Utah’s business-friendly climate and entrepreneurial spirit makes it a natural place to get a tech company off the ground. Local venture capital firms are making it easier than ever to get in on that ground floor.

“Utah has undergone a microcosm of what’s happening nationally in the last 10 years,” Calder says. “It’s kind of the Zuckerberg Effect. Entrepreneurship is something that people understand more fully, that they aspire to, that they’ve seen models to emulate. Locally, in Utah, that’s been the case.”

Cryptocurrencies are changing the way we build wealth 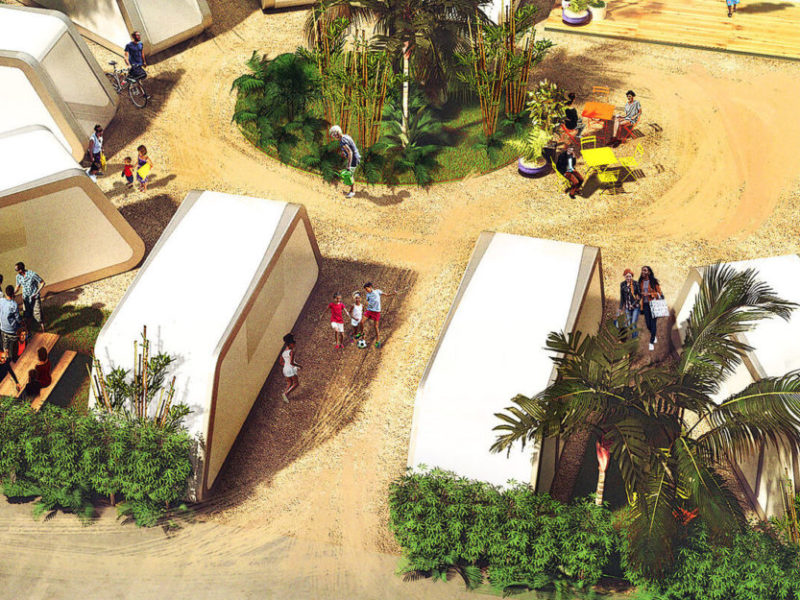 In the future, no one will own homes