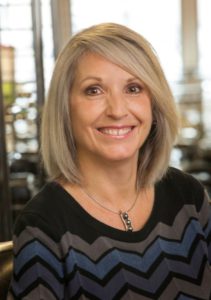 Brenda Scharman was only 24 when she inherited the Cameo College of Essential Beauty. After her mother’s unexpected death in 1986, Scharman was left to pick up the pieces while learning how to operate the business. Now, after years of hard work, Cameo College is an accredited beauty school providing a well-rounded education.

Although the school was started in the 1920s, it wasn’t until 1969 that her parents purchased the beauty college, instructing students until their divorce in 1976.

Scharman’s mother continued operating the college after the break-up, insisting her daughter take the electrolysis course offered at Cameo. At the time, the school was the only place in the state that provided training for electrolysis. “She told me, ‘You’re going to be self-sufficient and you’re going to be an independent woman,’” says Scharman.

The road to success has not been easy. When Scharman took over the school, students were not being charged for tuition. Revenue was made through students performing beauty services at the school. When she heard other schools required tuition, she promptly set a fee of $900 for the course, which included a beauty kit. Her list of students grew steadily.

In the late ‘80s, it was nationally mandated that beauty schools receive a time-consuming and expensive accreditation. Scharman spent countless hours going through the accreditation process that ultimately took almost three years to complete.

With the help of a friend, who happened to be an attorney and state senator, Scharman learned how to lobby for legislation to help the beauty school industry. When the state deregulated nail and aesthetic services, she led a re-regulation effort five years in a row before the state required these jobs to have licenses again.

With her interest piqued for crafting legislation, she served on several boards including the Utah Board of Cosmetology and the American Association of Cosmetology Schools to ensure a high standard of quality for beauty professionals. Scharman has become the go-to person on the state and national level when it comes to regulation.

“When you love it and it affects your livelihood, staying on top of what is going on in your industry is priceless,” she says. “If you’re not at the table, you’re on the menu.”

With her business growing, Scharman bought an old bowling alley in Murray in 2006. She demolished it and built the three-story building that currently houses classes and services.

More than 140 students are presently enrolled at the beauty college which offers courses in master/medical esthetics, cosmetology, nail technology, electrolysis, permanent cosmetics and advanced laser tech. Cameo was the first school to offer a masters aesthetics license and Scharman employs a doctor to train for skills that go beyond aesthetics.

The school also teaches the nuts and bolts of business so when students leave Cameo they are trained, not only in beauty services, but in promotion, retaining clients, business tracking and other skills they need to build a successful beauty career.

Scharman says her industry is recession-proof because women will always want great hair and skin care, even if it means cutting costs in their budget. During the most recent economic slump, Scharman experienced an increase in enrollment.

“During a recession, people want to learn new skills to get a new job. We had 250 students during the last downturn. Beauty services can’t be outsourced to foreign countries.”

Preparing the next generation

Scharman’s daughter, Rickie Mehl, started taking classes at the school when she was 14 and developed a lucrative private practice. Recently, Mehl gave up her 17-year practice to join the team at Cameo full time, and Scharman is training her to take over the company when the time is right.

“She already knows so much because she grew up here,” she says. “There are so many things we deal with that she hasn’t been a part of that I’m now getting her involved with. She’s never been involved with compliance requirements, financial aid or conflict resolution. I’m also taking her to legislative sessions and accreditation workshops.

“I’m not going anywhere for a long time. I’ll just gradually phase out. She’s taking on more duties as I relinquish them.”

Cameo College has come a long way since it started in the ‘20s with face creams and massage treatments. Under Scharman’s direction, it has grown into a respected training ground for thousands of students. By offering innovative programs and staying up with current trends, Cameo’s evolution will continue for many years.