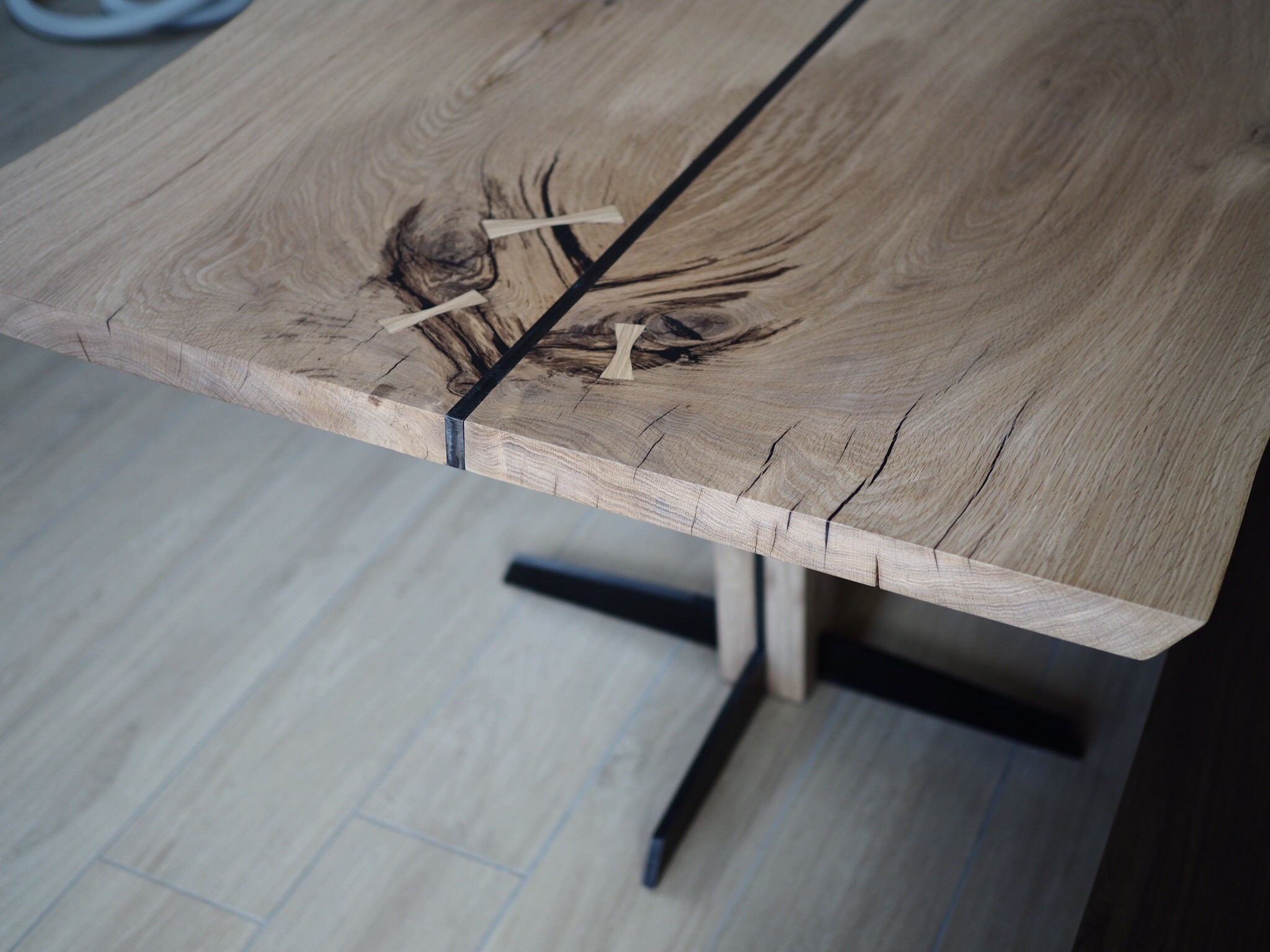 Everyone redesigned their home during the pandemic

“I‘t’s completely correct to say that people have been focusing more on making their places of business and their homes work even harder for them right now, and that’s been very beneficial for us and our business. We’re busier than ever,” says Riley Ridd, in-house designer at Project Sunday.

Project Sunday got together as a “ragtag group of friends in SLC who were still going to college and working other jobs,” says owner Kevin Jateff. Every Sunday, the group searched for unused, unwanted items that could be salvaged and incorporated into new furniture designs.

They dubbed the group Project Sunday, and they’ve been busy ever since.

For many, this past year has proved to be the right moment to start fresh by building and reconstructing both residential and commercial spaces―and Project Sunday was inundated with clients wishing to take on everything from designing new brick-and-mortar businesses to creating the most efficient at-home office spaces or fully revamping entire homes—which have, in turn, become the places where many people are spending the most time.

“We’ve had several projects over the last year that have involved upgrading home gyms, basement kitchens, office spaces, and built-in desks that mesh into existing spaces. People are generally wanting to finally get things done—projects that have always been on their home bucket list, but have now started to feel a lot more necessary since everyone’s staying at home all the time,” Ridd says.

Project Sunday is not unique in this regard. Overall, demand in the construction sector is at an all-time high, and prices for building materials have skyrocketed. “Wood costs have gone up rapidly, approximately 50 percent just in the last year, and certain steel products have increased by approximately 70 percent,” Ridd says.

Despite the surging costs, companies like Project Sunday are continuing to see a steady increase in customers. And that’s aided by an influx of new moves. “We’ve noticed a major influx of our demographic moving into Park City. People whose primary residence was in New York or California have decided to move their full-time residency here, instead of what was once their second or third home in Park City.

“Full-time residency is very different than a ski or Christmas vacation home, and making those changes for people has been a big part of our COVID-19 work year,” she says. “People usually need a more functional space when living in a home, vs. vacationing or just making something decorative. They need things like bookshelves with enclosed storage, executive desks with locking drawers, and mudroom storage for more than just skis and a single coat.”

With more residents comes more businesses, and Project Sunday has designed many of Park City’s hospitality and culinary endeavors. “We were in the middle of two major commercial projects when COVID hit, one being Summit Sotheby’s brand-new 30-agent office in Sugar House. Project Sunday built a white oak and travertine reception desk, where agents were supposed to start working last May,” Ridd says.

Ogden River Brewing Company’s new restaurant was the other. “Like the rest of the world, our meetings switched to Zoom, which presented a whole new skill set to learn in regards to sharing design and architectural finish ideas. Though it’s been a challenge, it’s also been hugely reassuring to be able to continue on with such projects, to see new businesses moving ahead, and to start finding ways to connect with people in person again. As of today, both Ogden River Brewing and Summit Sotheby’s [new locations] are open for business!” Ridd says.

Throughout this period of growth, Project Sunday has still maintained their belief in the hands-on approach to building everything, whether that’s a one-off chair for a client or a commercial-scale custom installation. Their rapid evolution can be seen within their current business structure, which now allows them to consistently work with and gather a trustworthy team of interior designers, artisan quality woodworkers, metal fabricators, upholsters, or whatever experts a custom project may entail.

“Our business started to evolve when we began outsourcing elements of our projects to other artisans who were experts in their fields, which has allowed us to grow and have the diverse portfolio that we do now,” she says. They also broadened their offerings and services, which now range from 3D rendering to custom cabinetry, home design work, wine cellar build-outs, and full architectural features for both commercial and residential projects—just to name a few.

Learning on the go

Initially, the company bootstrapped startup costs with funds from family members. And they happened to know people with surplus materials they could use for building. But growth required a totally different skill set.

“Our owner, Kevin had already been accepted into the Goldman Sachs 10,000 small businesses program, which is fairly difficult to get into. It’s intensive and can be up to 30 hours a week of classes, working with mentors, and doing peer workshops. He considered dropping out due to our increased workload, but it seemed too big of an opportunity to pass up,” Ridd says.

“It was worth it. We’ve implemented so many of his new tactics and business knowledge already, and he’s also gained a lots of great connections with other SLC business owners along the way which speaks to the fact that there’s a spirit of camaraderie and support for creatives here that is infectious,” Ridd says.

With luck and determination, Project Sunday’s furniture business was brought to life slowly and organically. Now amidst the current economic climate, their efforts are not only flourishing but they’re paying off more than ever.

“Throughout this time, a lot of other businesses didn’t have the opportunity to work in an office space,” Ridd says. “We’ve felt incredibly grateful that our open shop set up makes it so we have a safe work atmosphere for us to keep on building, because our business and workload has only increased.”