These drones will make getting away with hunting violations even more difficult. 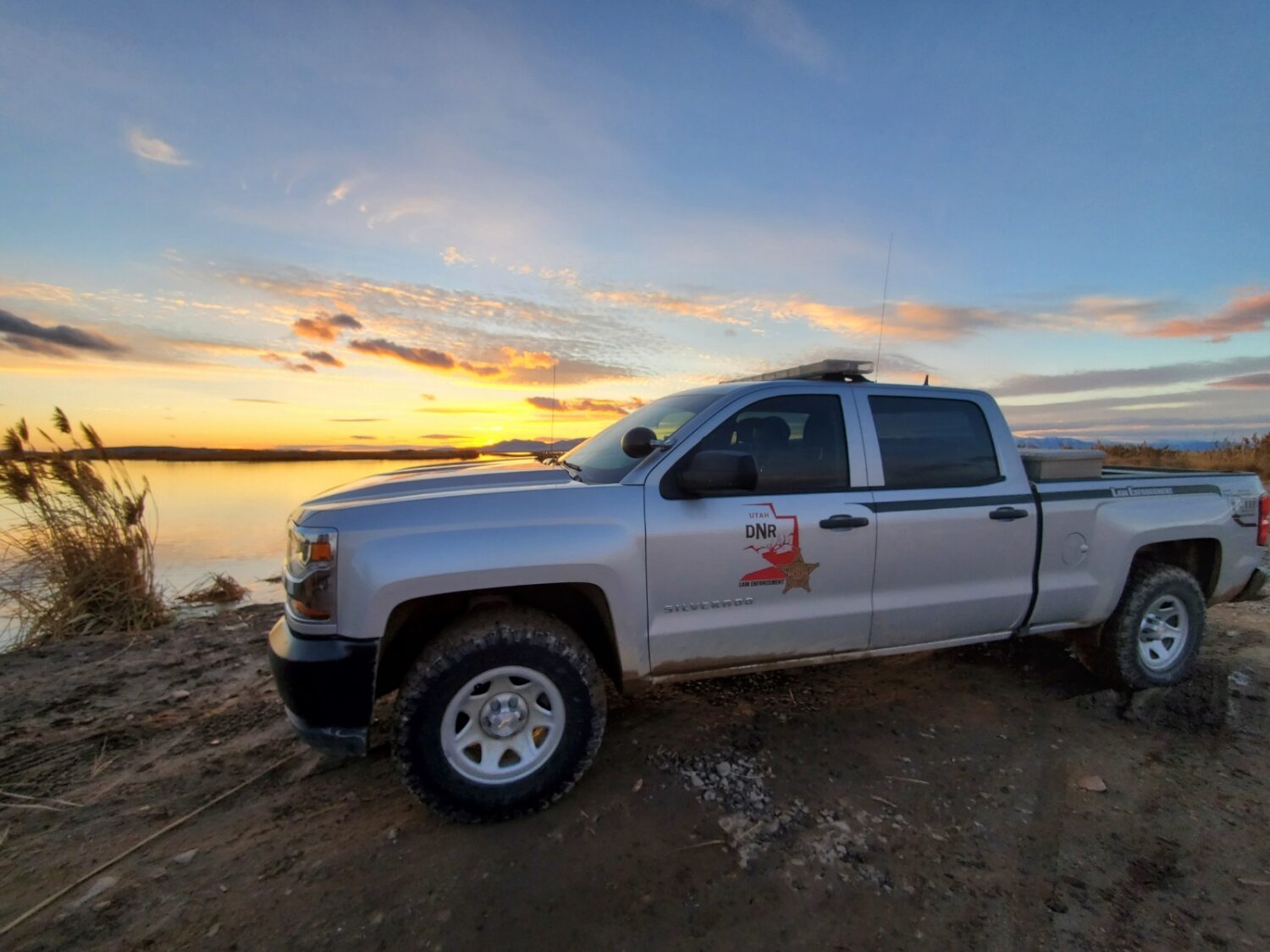 Drones, a.k.a. unmanned aerial systems (UAS), have many uses like filming, photography, law enforcement, and aiding in search and rescue operations. Now, investigating wildlife crimes is being added to that list.

The Division of Wildlife Resources (DWR) has launched a team of five drone law enforcement officers throughout Utah to more effectively solve wildlife crimes while assisting other law enforcement agencies in their investigations and search and rescue efforts.

Drones have been used in law enforcement for some time. City and county agencies use drones similarly to the way DWR will—by locating suspects, collecting evidence, and aiding in search and rescue. The DWR will also be adding trespassing incidents to its drone program.

According to Chad Bettridge, captain at the DWR, the drone team has been in the works for a while. By September 2022, each of the agency’s drone operators had completed Federal Aviation Administration (FAA) training and obtained their pilot licenses.

“The DWR created the drone program to aid our officers with their investigations. This help can come through increased documentation of crime scenes and locating evidence,” Bettridge says. “Often, our incident scenes can be from one mountainside to another. The drone will increase our ability to document and understand how a situation may have occurred.”

Investigating illegally killed wildlife and trespassing are two major wildlife crimes that the drones will help out with, Bettridge explains. The drones can also be very effective in assisting search and rescue teams in locating lost and injured people.

Each of these drone pilots is heavily involved in all DWR investigations. “Assigning the drones to the investigations team allows the pilots to better understand when the drone may be helpful and when not to use it,” Bettridge says.

In August and September of this year, there were 25 illegally-killed deer and 13 illegally-killed elk documented by DWR officers, according to Bettridge. The DWR hopes the drones will be helpful in locating illegally-killed animals in the future, as well as mapping out the location of where the incident occurred.

The DWR has roughly 55 patrol officers covering the entire state. Increasing officers’ efficiency with investigations will greatly benefit the agency and the people of Utah, Bettridge says.

Some of the more common hunting violations dealing with big game are when a hunter misidentifies what they are shooting at. For example, a hunter with a tag to take a spike bull elk (usually a yearling bull) may shoot either a cow elk or a branch-antlered bull (a mature bull) instead, Bettridge says.

“During this fall's hunts, conservation officers have contacted roughly 13,700 individuals and inspected the hunting licenses of 4,347 people from Aug. 1 to Sept. 23. During those interactions, the officers discovered 319 illegally killed animals, including big game animals, fish, waterfowl and furbearer species.”

If the hunter contacts the DWR about the mistake, it’s a less serious violation than if the hunter just leaves the dead elk on the mountain. Penalties can range from a misdemeanor (or less) to a felony based on the hunter’s actions. According to Bettridge, other big game violations are hunting in the wrong area.

Trespassing on private property is also a common violation, Bettridge says. The DWR would potentially use drones to locate carcasses purposefully or accidentally left on the mountain, to map how far an individual was hunting outside of the area they have the permit for, or to map the boundary of private property and record how the property is posted.

As for fishing, common violations include a lack of a fishing license or taking too many fish—many of the state’s waters have size restrictions on certain species of fish.

What about fur-bearing animals? Bettridge says Utah does have a bobcat season where trappers with the proper permits can trap bobcats and other furbearers. This is a highly-regulated activity, and DWR officers spend a lot of time during the late winter and early spring making sure people follow the rules.

It’s common for traps to be placed in very remote locations, and there are rules about how often a person must check on their traps. “The drone would allow us to potentially check on a person’s trapping gear without walking up to the trap. This would allow us to gather information without the person knowing that we have been there,” Bettridge says.

Similar situations occur during the hunting of cougars and bears, he says. There are many regulations regarding the use of dogs and bait, and drones will help the agency ensure people follow the rules.

Bettridge emphasizes that drones will not be used for everyday patrol work, such as checking licenses or bag limits. Instead, drones are investigative tools and will be utilized in that area. The DWR takes private property and privacy laws seriously and will not fly drones over restricted areas without proper documentation, including agency policy adherence and judge-approved warrants.

Wildlife crimes and poaching are serious and can have life-altering consequences, such as fines, jail time, restitution, confiscation of hunting equipment, and loss of hunting privileges across 49 states (with the exception of Hawaii). This is due to the Wildlife Violator Compact, an agreement across member states that honors each other’s decisions to deny hunting privileges such as licenses and permits to poachers.

When someone is convicted of possessing protected wildlife or illegal killing, it’s common for them to make restitution payments ranging from $2,000-$30,000, depending on the animal. The minimum fine for killing a bison is $6,000, and the minimum fine for killing a deer with a 24-inch antler spread or larger is $8,000. For a bighorn sheep, the fine starts at $30,000.

According to a DWR press release from September 26, “During this fall’s hunts, conservation officers have contacted roughly 13,700 individuals and inspected the hunting licenses of 4,347 people from Aug. 1 to Sept. 23. During those interactions, the officers discovered 319 illegally killed animals, including big game animals, fish, waterfowl and furbearer species. Of the animals killed, 39 were big game species. During that time frame, officers issued 569 citations, and they will continue to investigate other violations and turn them over to the court system.”

While wildlife violations can happen year-round, they spike during the fall hunting seasons. If you would like to help the DWR fight illegal hunting in Utah, the DWR says not to confront the individual. Instead, get a license plate number and report the information to the DWR by calling the Utah Turn-in-a-Poacher hotline at 1-800-662-3337 or by using the UTDWR Law Enforcement app, texting officers at 847411, or reporting online through the DWR website.