Why I Won’t Go Public

When your company is co-created by a guy in a heavy metal band and is designed to help independent musicians and artists, going corporate isn’t going to be part of the plan―no matter the amount of money tech giants or venture capitalists throw your way.

Welcome to Big Cartel, a Salt Lake City-based tech company made to help artists sell their work online. Their model rejects the “grow-as-fast-as-possible, cash-out, and move on” mentality that fuels the unicorn-filled fantasies of Silicon Valley. “It’s a counter-culture response to toxicity in the industry,” says Lee Jensen, Big Cartel’s product director. “There’s another path here. It doesn’t have to be this way.”

Big Cartel is just one of several Utah companies who are finding different paths to success. Some leaders are holding off on outside investment; others welcome it. Some want to stay small; others want to grow big quickly. In remaining private or small, what they share is a desire to maintain their company’s focus on employees and clients, and a need to remain in control.

I’d Rather Focus On My Employees

Johnny Hanna, founder of the online real estate tech company Homie, says he wants his company to grow “as large as possible and as quick as possible.” The company has recently expanded to Arizona and has dreams of selling homes worldwide, but Mr. Hanna has no intentions of cashing out and selling or going public right now.

That’s partly because of the 150 employees that have helped peg the valuation of Homie at $50 million. He describes the company—which started in 2015 to streamline the process of buying and selling homes—as following an “employee-first mantra.” Homie employees fill out anonymous surveys each quarter, which are categorized and shared at company meetings. “That’s better for culture than any ping-pong table or perk you can give, it’s listening to employees and listening to their needs,” Mr. Hanna says.

The survey responses have led to real changes that might not have happened if Wall Street was in charge. One example is work-life balance. Mr. Hanna says his agents were swamped (the company recently hit 400 listings in a month). In response, Homie limited the number of clients per agent and committed to hiring additional help if needed. Homie even added “balance” to its core values and hung the word on a wall. By comparison, “Wall Street may reward 120-hour work weeks,” rather than cutting back on hours worked, he notes.

He also believes in what he calls two-way loyalty. “It’s not the typical mantra of, you work for me and you give your all and I reward you, but the second you quit, I hate your guts.”

He says he wants to know employees’ career goals. If it becomes clear that they don’t vibe with Homie, Mr. Hanna wants to help them find success elsewhere.

As a result, he’s inspired his employees―who are given shares in the company in the event it is sold or goes public―to work to improve the company. For example, one wanted to build a tool so home sellers could see how much web traffic their listings receive through Homie’s various platforms. “If our people are taken care of,” Mr. Hanna says, “they will, in turn, obsess over our clients.”

I’d Rather Keep Our Services Affordable

Big Cartel’s desire to focus on its employees and clients have led its founders, Matt Wigham and Eric Turner, to stay small and independent. Its employees are paid for three work days to volunteer or work on their own art, and if they stay five years, they can take a six-week paid sabbatical. The company also matches donations to nonprofits.

Big Cartel was started in 2005 as a way to sell band merchandise online, but other artists wanted a platform for their work, too. Since then, it’s driven nearly $3 billion in sales to its 1.5 million clients. According to Forbes, Big Cartel generated $10.3 million in revenue in 2017. Despite lots of interest from venture capitalists, Big Cartel refuses to take outside money or grow too quickly. It employs 40 people—a modest growth rate after 15 years in business.

“We’ve just been really content to grow slowly, to build a really strong loyal following with our customer base,” says Mr. Jensen. “In our industry, there’s a propensity to feel like anything short of capturing an entire market and being a monopoly, sacrificing employees and health and everything else along the way—is failure. We’ve never felt the need to define ourselves that way. We believe in sustainability at a fundamental level.”

He can imagine what would happen at Big Cartel if venture capital took over: the company couldn’t be content earning $10 to $30 a month from artists. It would need to become the next Shopify and seek out the “enterprise market,” like online mattress companies and other large companies with complex needs. The company would start taking a percentage of sales and charging transaction fees. Employees would start working 60 to 80 hours a week.

“You can always make more money,” Mr. Jensen says. “It comes back to what do you define as success? For us, it’s less about that almighty dollar and instead about what kind of impact we’re having on the world and the people in it.”

I’d Rather Protect Our Diverse Culture

Bassam Salem, CEO at AtlasRTX, which helps companies engage with their customers using AI chatbots alongside humans, says if his company grows too fast too quickly, it could ruin the “co-founder” culture he values.

The Park City company’s principles emphasize no “clock-punchers, jerks, or know-it-alls” and Mr. Salem says they are deliberate about hiring minorities and women. He’s an immigrant from Egypt, and his company chooses first-generation American high school graduates as interns because they believe in giving people a chance.

“We have this philosophy of happy, humble, hungry. If you’re happy, humble, and hungry we will give you a chance. I can’t tell you how many times that has paid off,” he says. “I want people to feel like they are a part owner in the company, that they’re not an employee. We really care about inclusion, kindness, and achievement.”

There will be a time for his company to take outside investment but it must be the right time, Mr. Salem says. “We want to grow as quickly as we can and be as big as we can while protecting the culture.”

Taken at the wrong time, outside investment could push the company to spend the money quickly and make unnecessary hires. “Then it allows this notion that it’s okay to be a B-player, it’s okay to be average. Whereas here everyone is busy. Everyone is an A-player… I enjoy that culture of excellence that we have,” Mr. Salem says.

AtlasRTX, which counts as its clients the Las Vegas Convention Center and Visitor Authority, Dell, and HPE has rebuffed venture capital and private equity firms for now. Instead of a distant board of investors who aren’t clued in to the company’s needs, Mr. Salem says he prefers running his company with a board of appointed clients and partners who know and live the market. “They use us every day and they can really help guide our trajectory.”

Mr. Salem created the company in 2016 with the goal of not only helping companies connect with their customers using advances in artificial intelligence, but also to prove that it isn’t luck that makes a company successful, but rather best practices. One of those is knowing the right time to take outside investment. He says it’s after the company breaks even from organic growth, so that the external cash isn’t the fuel that keeps a vehicle going but the nitrous that accelerates the company at the right time.

“We’ll wait until it feels like without the cash infusion we’re hitting below our potential. Right now, I feel we’re really hitting near our potential,” Mr. Salem says.

But just because these companies have chosen not to go public, doesn’t mean they’ve decided to stay small. Homie has taken outside investment and Mr. Hanna says its private investors are enabling the company to be more nimble than those on Wall Street would be. Homie recently bought a title company and offers home loans. “My private investors couldn’t be more thrilled,” Mr. Hanna says. “They’re the ones who helped make that decision.”

Though public investors might balk at such changes, he says: “Wall Street doesn’t give you as much leeway.” 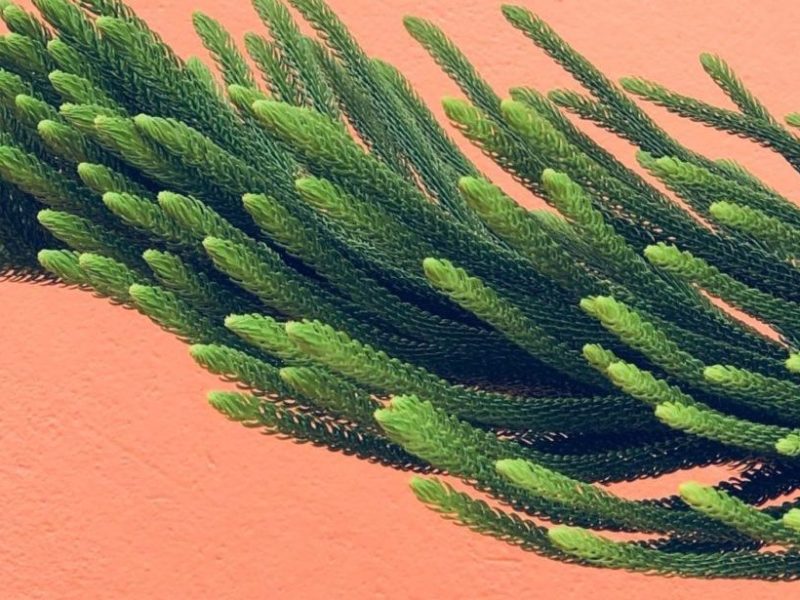