When And How Should You Disrupt An Industry?

I talk frequently about company pivots. Today I’d like to take the conversation to another level. In a traditional pivot, the shift may involve incremental or even giant changes to meet the demands of customers or a shift in focus to a different part of the market. Beyond this style of pivot, I’m going to talk about industry disruption today. In these cases, the business may shift to a completely new market or address its existing industry with an entirely new model.

Which is better? The decision is harder than it sounds. Addressing an existing market in a better or expanded way is often the safer decision for a business that knows its customers, knows their proclivities and has a strong reputation and distribution model already in place. In these cases, you have a legacy and foundation with equity in it (in the form of an existing following and customer base) to propel you forward.

For example, in one of my most notable prior ventures we sold a software solution for small businesses. We achieved high growth by adding increasingly stronger functionality. It allowed us to retain and please our customers longer, to win a progressively bigger share of the market and ultimately allowed us to sell to increasingly larger businesses before they had to make the jump to a much more IT-heavy and expensive alternative.

In contrast, industry disruption can be a giant leap of faith into an unknown future. Consider the first company to introduce a solution like Siri or a daily shaving subscription or a grocery delivery plan. No matter how brilliant your model, you will have to educate a world that to at least some degree doesn’t know your product or even your category of product exists, and even upon learning about it will have to be convinced that it works.

Imagine a top 10 list of household automation apps, for example, in which the only participant is…you. Or a Gartner Quadrant report in which you don’t fit the existing model for business, so the analysis either mis-categorizes your product or leaves you entirely out. But when disruption works, the result can be magic: Think Airbnb. Uber. The iOS or Android smartphone. Or Roof Maxx, the company I visited this week, which pivoted two years ago from a leading roofing provider to revamp the model for the way we restore and sustain asphalt roofs.

For 25+ years, the founders of Roof Maxx, brothers Mike and Todd Feazel, were roofers. They led a booming business, one of the nation’s largest residential contractors, more than 60,000+ projects and enjoyed a solid reputation as quality providers and experts.

Today, while the duo continues to be regarded as experts, the team now heads a business with an opposite model — roofing sustainability and restoration — with a presence in 44 states. They’ve become what CEO Mike Feazel calls “un-roofers.“

“We no longer replace roofs,” he says. “We restore them.”

The company has developed an all-natural, soy-based shingle rejuvenator spray to extend the life of aging roofs.When used every 5†years, it can extend the life of a roof by as many as 15+ additional years (in contrast, the replacement cost of an asphalt roof can range from $5,000+ to $15,000+ or more, with restoration costing typically only 15%-20% of the cost of replacing a roof). Roof Maxx is a sustainable technology that significantly reduces the need to manufacture, dispose of and replace asphalt roofing.

A story of disruption

The Roof Maxx story is an interesting case study for knowing when the moment has arrived to turn the approach to an industry sector on its head. From 1988 to 2012, the original company was doing great and expanding steadily. Then, in the early 2000s, changes began to happen in the manufacturing of asphalt shingles. In a nutshell, the asphalt we use for roofs is a byproduct of the oil refining process. But at about this time, engineers created a new process for oil refining to yield more gasoline and less waste byproduct (asphalt). The change was great for the production of gasoline but disastrous for the production of asphalt. It caused the price of asphalt shingles to nearly triple in price within a couple of years.

As a result, shingle manufacturers began to evolve their practices as well. Many moved to lower levels of asphalt in their shingles and combined it with crushed limestone fillers, with disastrous results. Less asphalt has made for lower waterproofing protection, about one-third lower weight and a much shorter service life than the shingles used in the 90’s, which came with a 30-year warranty.

Over time the shift has produced an epidemic of roof leaks, which, in addition to the damage they cause within the home, can result in attic mold or cause faulty wiring to spark. In most of the U.S. we’re seeing massive appearances of “roof mold” (which is actually produced by airborne algae that produces the black streaks and stains on many north and west-facing roofs). The roofs that formerly lasted 20–30†years are now failing in as little as 7–8+ years. Class action suits have emerged by the dozens, with one suit including 6†million property owners.

They allege that manufacturers have knowingly been selling defective products prone to premature blistering, tearing, cracking, delamination, granule loss, degradation and loss of adhesion between adjacent shingles. (For a deeper look at these issues readers can find syndicated columnist Tim Carter’s book, “Roofing Ripoff,” which examines these claims in detail.)

Plan A — Inspect and protect.

As a trusted and prevalent provider of roofing, the Feazels have had a front row seat to the industry’s challenges. So understandably, their first approach to the growing problem was to put an increasing focus on roof inspections for their customers, and to elevate their efforts to educate the industry and their customer base.

Mike, in particular, began to speak and write on the issue. He advised homeowners (then and now) to have their roofs inspected annually, to catch problems before serious issues arise.

“When homeowners place blind faith in their roof until the first sign of a leak appears on their ceiling, they may already be facing much larger problems,” he says, such as structural issues, mold or damaged insulation.

Mike and Todd served on the national advisory council for a major U.S. roofing manufacturer and helped design a certified contractor program to ensure practitioners could support the market with consistent and high quality work.

Mike launched a monthly column called “A View From The Top,” for Roofing Contractor Magazine, to provide education for the sector and advocate for positive change, such as this article: “Inspect to Protect Against Defects.” He cofounded Roofers’ Success International, the nation’s leading contractor university.

Yet the challenges remained.

The founders’ efforts were notable, but the problems remained. Right now, Mike notes, tens of millions of homeowners are still at high risk of premature roof failure and damage from leaks that develop for years before showing up inside the home. The petrochemical oil in asphalt allows shingles to remain flexible. But the move to less asphalt means a high percentage of shingles are failing prematurely. Builders and homeowners should be wary as well, as many products now come with a “limited lifetime warranty” with stipulations that are increasingly hard to fulfill.

Roofing companies are under extreme pressure as the brunt of the blame for roofs that fail falls on the contractors’ shoulders, regardless of the quality of their work.

It was this scenario, in whole, that led the Feazels to sell their successful business and move toward an industry disruption instead. By partnering with The Ohio Soybean Council (with funding obtained from American Farmers) the team collaborated with leaders in bio-tech, academia, and commercial development to create an all-natural spray with the help of Battelle, the world’s largest private research and development laboratory. The result is Roof Maxx, which can extend the life of a roof by as many as 15+ additional years. The benefits are greater still as the company’s network of certified dealers are saving millions of square feet of roofing that was otherwise destined for landfills.

What are the downsides to disruption?

In a situation like Roof Maxx, providing the remedy to a pervasive and bad situation seems to involve only positives. The company’s solution extends the life of asphalt shingles and makes shingles of any quality more effective. They are also improving the marketplace by advocating for inspection and certification to ensure fair practice and quality deliverables for all.

However, it is important to note the amount of courage and level of risk in making a move that disrupts the very models of business the team had helped to create. Would they be putting traditional roofers out of business? Would they alienate manufacturers by reducing the need for new roofs? Perhaps most important for their own future, would they be able to surmount the need to educate consumers, builders, and contractors to put an entirely new paradigm into place? The risks are significant in a new and less familiar arena. The company’s biggest task, currently, is to educate all of the sectors involved while finding, training and supporting the dealers and service providers to allow their solution to scale.

The Ohio State University has recently issued a 23-page study to help examine the role of Roof Maxx technology in addressing the challenges of asphalt shingles, which are present on 80% of U.S. homes. The company has appeared in an educational segment of PBS, and the general press (beyond building and construction) is increasingly taking note. The company has achieved significant growth in its first two years of operation. The move to disruption appears to have been a good one so far.

Mike is quick to remark that while the severe drop in shingle quality was a key factor in the decision to launch Roof Maxx, not all manufacturers are trying to take advantage of consumers in this way. He notes there are quality manufacturers in the sector as well.

Regardless, however, the ability to offer an innovation that could improve the sector in every respect was an opportunity too great (and too important for the industry they love) to refuse. I wish them every success as their expansion progresses.

This article was originally published on Forbes.com 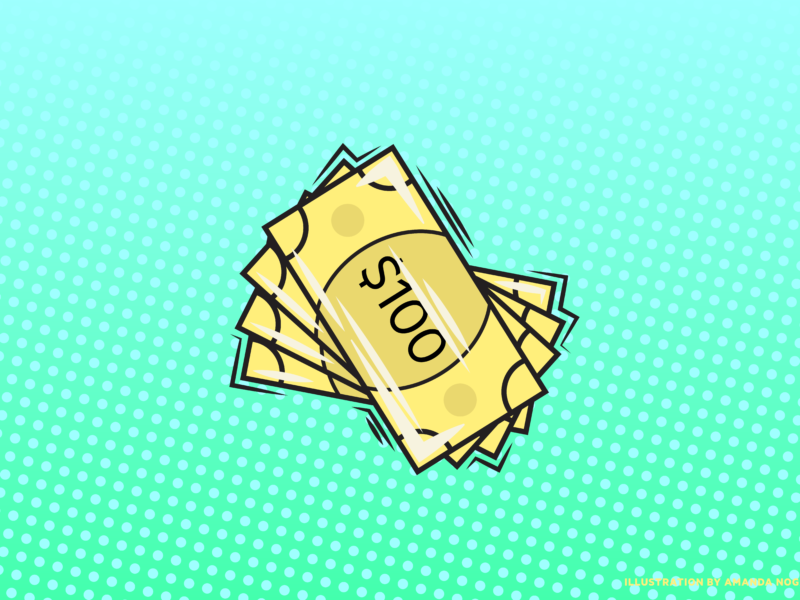 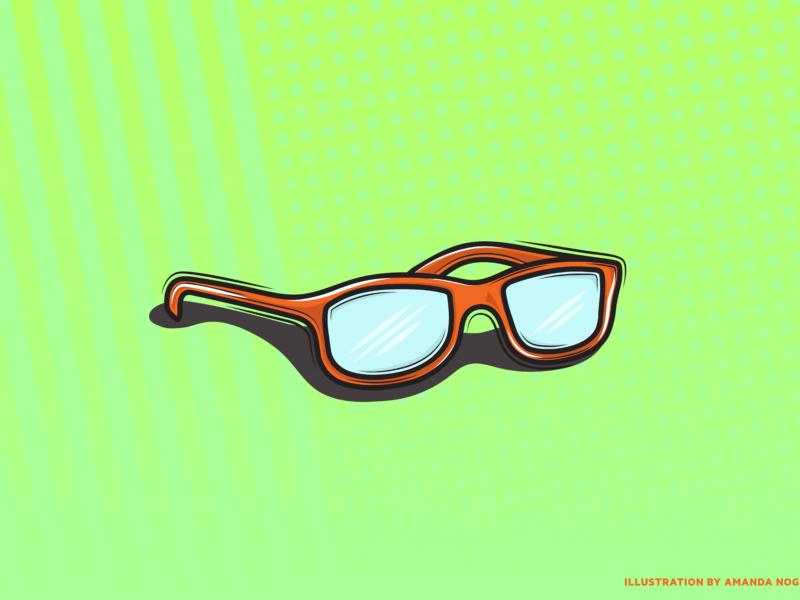