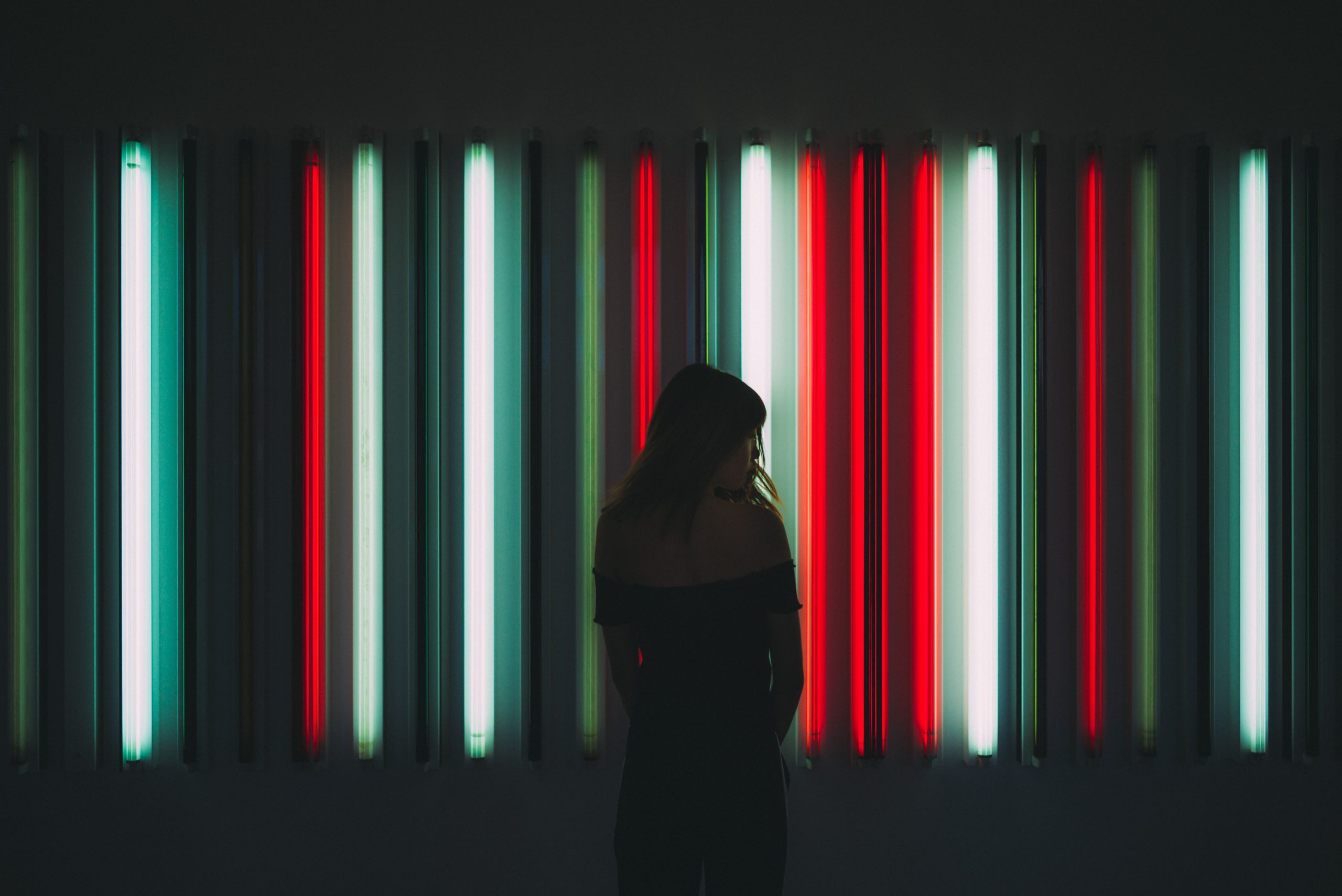 You will have a digital avatar sooner than you think

James Thornton and Matt Wilburn hesitantly flew to South Korea in 2019 to explore a deal to create digitally branded clothes for augmented reality avatars on Samsung phones. The idea of getting 1 billion people to dress up avatars sounded bizarre, recall the two Utah businessmen.

“We thought, ‘Why are people going to be interested in doing that?’” says Thornton, CEO of Salt Lake City-based tech firm Tafi.

Before they met with Samsung executives, he and Wilburn sat down in a Shake Shack restaurant in South Korea and were stunned by what they saw. All around them, older teens and young twenty-somethings were using their Samsung phones to project avatars of themselves onto the scenery around them—their burgers or fries—and creating gifs and sharing them on social media.

“We looked at each other and said, ‘This is going to work,’” Thornton says, “But we were taking a big swing.”

A year later, Tafi was uniquely positioned at the forefront of the emerging and fast-changing industry of digital avatars and non-fungible tokens (NFTs). They were churning out digital clothing,  including Champion and Warner Bros. branded items, for Samsung users to dress their avatars. Think: an animated augmented reality gif of yourself doing a fist bump in a pink Champion sweatshirt. The digital avatar outfits have been purchased and downloaded tens of millions of times, but with 1 billion AR-enabled phones, the market is huge.

Started a decade ago as a 3D software platform for professional and amateur artists, the 70-person Tafi team has evolved to find new growth and revenue in the world of avatars and, soon, the dawn of the metaverse—which is being touted as the successor to the internet.

Visionaries say the metaverse will be an immersive and interoperable digital experience—a series of interconnected digital worlds in which you will shop, play, work and socialize, all while using virtual reality goggles or augmented reality glasses to interact.

“The metaverse doesn’t exist yet, but it’s blown up,” says Mike Proulx, VP of research at Forrester, who watches the sector.

In April, Epic Games received $1 billion to develop its long-term vision of the metaverse. In May, Microsoft introduced tech for metaverse app development. And in July, Facebook’s Mark Zuckerberg announced that the social media giant was now a “metaverse company.” Today, brands are scrambling to stake a claim in what could be internet 2.0. Ariana Grande, Hyundai, and Vans are advertising within the early virtual worlds of Roblox and Fortnite. Janet Jackson and Paris Hilton are creating their own NFTs—digital clothing, collectibles, music, or art stored on a digital ledger called a blockchain.

Already, Millennials are expressing themselves in digital fashion. In the app Dress X, people can take a photo of themselves and overlay a digital outfit, whether it’s a dress that defies gravity or a Gucci skirt that looks just like a physical one. People can then share them across social media.

In the months and years to come, your digital avatar could become whatever you want to express in each world. It could be a realistic image of you wearing a digital dress with a gif of a spinning tornado, or an avatar of you as a purple alien with a cowboy hat. You’ll be able to  instantly transport and interact across a set of connected virtual worlds, as in the movie “Ready Player One.”

“The way I hear people talking about the metaverse today is different than how people talked about it even a couple of weeks ago,” Thornton says. “This is going at such a fast pace, and we pride ourselves on being a company that’s nimble and can roll with the changes.”

Perhaps Covid is to be credited for accelerating the metaverse, as it changed the way people communicate and drove them to spend more time on the internet.

Avatars, then, allow for the creative expression of yourself in the digital world, says Wilburn. He points to Tafi’s COO, Ty Duperron, who shows up to meetings as various characters—whether a zombie or an octopus—unrecognizable outside of his signature red beard.  “It lightens things up a bit,” Wilburn says.

There are currently more avatars than garments, but plenty of brands and startups are working to dress those avatars. Not only is Tafi is working with brands Champion and Warner Bros, but another Salt Lake startup,  RTFKT Studios, is busy churning out funky digital sneakers for the virtual world. In October 2020, the company sold $3.2 million worth of digital sneakers in seven minutes. Even billionaire Elon Musk has a pair of RTFKT’s futuristic-looking, silver metal platform $90,000 cybershoes.

In Amsterdam, The Fabricant calls itself the first “digital fashion house.” It’s working with 3D fashion designers and existing brands such as Dickies to create digital clothes that can only be worn on avatars in the metaverse. How will that work?  Michaela Larosse, The Fabricant’s head of content and strategy, gives this example: For a professional setting, a person might choose a literal depiction of a physical garment appropriate for the interaction. But for a digital hangout with friends, clothing is open to the imagination. “Why not wear a garment made of flames? The options are limitless,” Larosse says.

The future metaverse is still in development, so in the meantime, The Fabricant launched Studio—a co-creation platform that allows anyone to make and mint digital fashion garments as NFTs—to be worn, traded, and collected in virtual spaces. “We’re building the wardrobe of the metaverse,” she says. “Our job is to dress these avatars so they can express themselves.”

The folks welcoming the onset of avatars tend to be young—Gen Zers aged 12-24. This generation has grown up in a digital-first world, and they look at avatars as an extension of themselves. These “digi-sapiens” are trendsetters, trend chasers, and early adopters of technology, says Larosse. They care about the environment, authenticity, and identity exploration, which makes avatars and digital fashion a perfect fit, she says.

Dressing your avatar is more environmentally friendly than buying a physical garment, says Larosse, and you can be more creative. Think glowing pants or shirts with live, evolving fabrics.

Avatars will hit the mainstream

After raising tens of millions of dollars from investors, Tafi was losing money in 2019. The board of directors brought on Thornton to be CEO and Wilburn to be president. The two friends had decades of experience in branding, business development, and technology. Thornton had spent nearly six years as CEO of South Jordan consumer electronics company Cricut, and he knew Wilburn after his time as CMO there.

Two months after Thornton and Wilburn took the helm, they were in negotiations with Samsung. After a year, the company was profitable with tens of millions of revenue. Then came deals with Champion and Warner Brothers, and a collectible NFT for Coca-Cola—a digital retro soda machine—that sold in August for crypto worth $576,000.

Today, Tafi is known for making very realistic avatars, but it also creates stylized characters that can be exported to GIFs for social media. It’s a founding member of the Open 3D Engine, working with gaming engines like Amazon Lumberyard and Epic Games, and it’s a software development kit that lets game developers build avatars.

The company is joined by countless other ambitious avatar startups. Ready Player Me allows people to create full-body characters from photos for apps and games like VRChat and LIV. Two others—Jali Research and Speech Graphics—are working on the automation of high-end lip-sync and facial animation. And Genies’ avatars prevent fashion creators from having to do photo and video shoots for brand partnerships.

But is it too soon?

Not everyone is eagerly awaiting the arrival of a virtual world like the metaverse. Less than a quarter of Americans say they want to spend time exploring the metaverse, according to an August survey by Forrester of 1,263 people.

That will change, Wilburn says. “It’s as if you were asked in the early 90s if you want to spend time exploring the internet. It’s laughable to think about—most of us would have had no clue how to answer that question differently,” he says.

But is the evolution of virtual worlds moving too fast? If you ask Marcus Endicott, he’ll tell you the answer is yes. Endicott is the Australian moderator of the Virtual Beings Facebook group, a virtual space for avatar conversations among 6,000 members. The group is drawn out of the Virtual Beings Summit—the brainchild of Edward Saatchi, an Emmy award-winning pioneer of “virtual beings” in virtual reality and AI-inhabited avatars.

Ethics threads on the group’s Facebook page explore whether companies are rushing ahead to pursue profits without thinking about the consequences. Fashion companies and brands are driving the space economically, Endicott says. That’s despite the fact that just 19 percent of people surveyed by Forrester believed brands should advertise in the metaverse.

“I’m not sure retreating into the virtual world is the wisest choice,” Endicott says. “We’ve seen people go crazy with the pandemic, and this will be exacerbating the problem because people will be living in fantasy worlds versus the real world.”

Transporting a digital avatar from one virtual world to another will require formats, standards, protocols, and infrastructure, which are all in their infancy. Ready Player Me is pioneering standards for avatars for an interoperable metaverse with its interoperable avatars. And countless brands—including Gucci, Ralph Loren, Stella Artois, Tesla, Coca-Cola, Warner Bros., and Champion—are running their own in-game experiments.

In Salt Lake City, Tafi is getting ready. In the next 12 months, it will double its staff to 140. “This is coming,” Wilburn says. “Despite all the hype and news, I would argue we’ve seen just 1 percent of what will be coming.”