Diabetes Transformed My Job Into My Passion

I’ll never forget the phone call I received on March 14, 2017 from my father. After a productive day in the office, I sat in my car stunned. Completely unable to muster a response to his message. What do you say to someone when they tell you they’re going to die? After a 58-year battle with Type I diabetes, which included more than 600 dialysis appointments in his last four years, my dad was raising the white flag. Three days later, I watched him take his final breath as he slipped away. He was 60 years old.

Having a diabetic dad, insulin, blood sugar levels, test strips, and sometimes even a glucagon were frequent topics of conversation in my family. We knew the external signs of low blood sugar and always kept orange juice on hand. Diabetes was an unwanted part of me. In the years leading up to his death and especially since then, a disease I still loathe has morphed into my passion, igniting a fire within.

What I Learned From Watching My Dad Fight Diabetes

Little was known about Type I diabetes when my dad received his diagnosis as an infant. His parents were told that he likely wouldn’t live past his 20’s. After 70,000+ insulin shots, two kidney transplants, two attempted pancreas transplants–with the latter successful, completely losing his vision and a few amputations, my dad defied the odds. Though, what was perhaps the most admirable was the way he tackled the challenges.

“Why me?” was a phrase I never heard him utter. Considering his history of poor health, it would have been easy for him to get angry or question why he was continually dealt trials and illness. Instead, my dad lived by the mantra, “why not me?” This humble, non-entitled mindset should serve as a reminder to all of us, while we cannot control each thing that happens to us, we can certainly dictate the way we respond. Bad things will happen but it’s how we respond to the hardship that truly defines us.

Managing diabetes is more than a daily job. It’s a disease managed minute-by-minute, hour-by-hour. My dad tested his blood sugar five to seven times per day. His rigor and dedication to being healthy taught me about success. When we want to be great at something, it takes persistence and self-discipline. It’s not okay to be inconsistently great. While perfection is unattainable, persistence pays off. With this mantra, I believe we can improve the experience of the estimated 30 million people in the United States who suffer from all types of diabetes.

Where My Passion Lies

Without any hesitation, the best outcome for those who suffer from Type I diabetes is a biological cure. With time, investment and research, I’m hopeful that will happen. Until then, we have opportunities to ease the burden of those who suffer in various ways. We can raise awareness, donate to research initiatives, and promote technological advances. Through healthcare IT, patient access to data can be increased and education materials can be distributed. It was an arduous chore each time my dad had to see a new physician. He would need to bring a book of his patient history, medications and procedures with him because of the lack of portability of his health record. It was a burden for him and for his healthcare providers. We can fix this.

Steve Jobs said, “If you are working on something exciting that you really care about, you don’t have to be pushed. The vision pulls you.” While I am still saddened by the loss of my father, I’ll always admire him for his resilient fight against diabetes. I am and will continue to be grateful for my opportunity to honor him through my job. 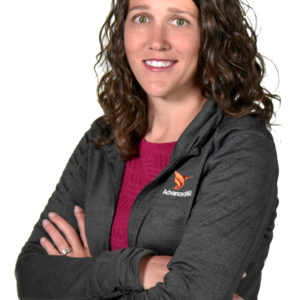