Paula Sageser didn’t intend to become an entrepreneur until a layoff forced her to re-evaluate her priorities and start building a stay-at-home career.

With years of experience as a government contractor under her belt, she browsed job listings but couldn’t see herself returning to any to the roles available. Ultimately, she decided to “create her own job” and she started a company dedicated to providing web design services to small businesses, all while working from home. “I love what I do,” she says. “I’m busy all the time, and I’m never bored.”

But even with three years of proven success, she says, she still encounters that dreaded question when visiting extended family: so, when are you going to get a real job?

Many entrepreneurs start out building their own stay-at-home businesses and some choose to remain home-based companies. Female entrepreneurs, in particular, are more likely to go the stay-at-home-based route. In fact, more than half the home-based businesses in Utah are run by women, according to the Utah Department of Workforce Services.

But many women, especially those who work from home in creative fields, find it difficult to get others—even their own family—to take their business aspirations seriously. This can lead to self-doubt and may explain why thousands of women who sell goods and services from home don’t see themselves as successful entrepreneurs.

While overcoming their fears took time, women who have started companies from the comfort of their own homes say adopting a business-oriented mindset—and, yes, even incorporating one—is well worth the effort. But first, they say, they had to learn to take themselves seriously and find a support group to help drown the inevitable naysayers out.

Get Positive―How To Defeat Self-Doubt

Finding confidence, says Ann Marie Wallace, state director at the Women’s Business Center of Utah, is one of the primary barriers women face in starting their own stay-at-home business.

While you would hope that times have changed, there are still people who don’t see women-run businesses as legitimate operations. And when it becomes apparent that the person you’re talking to doesn’t see you as a professional, “that’s a downer,” she says.

It can be especially hard when your immediate circle of friends or family don’t view your job as legitimate, said Lisa Miller-Mecham, a mother of four and fashion entrepreneur with several businesses and a clothing line to her name. She should know. In the beginning, it was her now ex-husband who didn’t take her seriously.

As a solution, Ms. Miller-Mecham learned to keep a file of all the positive feedback she had received—screenshots of positive comments online, notes from brands she had worked with, copies of large checks. She even framed some mementos of particularly special achievements, including the paycheck from the first time she worked with a major marketing company.

Those physical reminders, Ms. Miller-Mecham says, were especially helpful as sources of validation when times got tough. She also keeps a daily gratitude journal and starts her workday by writing down her top ten goals. “In writing them every single day, it really helps me to focus,” she says, “And I think that focus combined with the gratitude helps propel you forward, so you’re not in those negative moments as often.”

Ms. Sageser is also a big believer in setting goals to create positivity. When she first started her web-design business, she says, she did a visualization exercise in which she imagined what she wanted her life to look like and then wrote it down. “I go back and read that document every time people tell me I’m not a successful business,” she says. “Regardless of what anyone tells you about the definition of success, you decide what you want… Your definition of success is a very personal thing.”

In the early stages of her business, Ms. Sageser says, setting daily goals helped her gain a sense of accomplishment. She tries to accomplish one business-related task each day. In between jobs, she will work to update her own website, social media presence, and marketing plan. Or, she says, she will take advantage of the downtime to attend workshops and develop new skills helpful for her stay-at-home business.

“There will be a period of time where you’re not earning money,” she says, “but just because you are not earning money doesn’t mean that you’re not working toward the point that you are. As long as I am accomplishing something every day that is contributing to the success of my business, this is a legitimate endeavor.”

In addition to professional goals, Ms. Miller-Mecham sets personal goals, like working out five times each week, to make sure she doesn’t neglect her personal wellbeing.  “Going out to dinner, having date nights, going out with friends—all of that matters more than getting the entire to-do list done in a day,” she says.

Get Support―This Is Not A Solo Career

Even the most successful entrepreneurs say they have days when they begin to doubt themselves and their business. “When I’m starting to doubt this, I talk within the network that I trust and say, I’ve been questioning if this is what I really want to do, and I let them talk me off the ledge,” Ms. Sageser says.

Ms. Sageser hasn’t found her close friends and family to be the best sources of support in trying times. People who are too close, she said, sometimes try to steer her toward something safer or more traditional to protect her from failure. Instead, she turns to other businesswomen and entreprenuers for constructive, objective feedback.

These kinds of networking resources are plentiful in Utah, says Karin Palle, executive director at the Utah Women’s Networking Group. In addition to free resources like the small business resource center, there are dozens of support groups online that are associated with academic or private institutions.

“I truly believe there are resources for everybody,” she says. “Don’t be afraid to ask people. And don’t stop asking until you get someone who gets you resources. If someone is negative, say thank you for your time and hit the next person.”

Ms. Miller-Mecham started by joining networking groups on Facebook and other online outlets, which she said provide “an easy way to dip your toe in” without the anxiety that in-person networking initially provoked.

Lelani Craig, who grew her translation business slowly and deliberately at first, says she learned to listen to criticism objectively to identify places where she might improve. “You will never do away with the naysayers or the people who just have to say something for the sake of saying it,” says Ms. Craig, now president at CommGap International Language Services. “But I did pay attention to some of the comments, and it did open my eyes to the way I appeared to them.”

But she also found that she had to cut some persistently negative individuals out of the conversation. Even though she now has her own office space and 15 employees, Ms. Craig says she still encounters naysayers or people who pat her on the back and act like her stay-at-home business is nothing more than cute. “And I’m like, hey, look, I make more than you.”

Get Official―Working From Home Doesn’t Make You Less Professional

According to survey data from the Utah Department of Workforce Services, more than 18,000 Utah women sell a service or product from their own homes. Less than one third have actually incorporated their stay-at-home business.

In the beginning, Ms. Miller-Mecham says, she did feel like she was playing make-believe. But when her divorce pushed her to try selling her specialty handbags online, she discovered she needed to register her business to set up an online store. Getting registered, she says, was actually easier than she thought—and well worth it.

“Even if you don’t make much money with it, there is a huge confidence and professionalism that you feel when you take your hobby to the next level,” she says. “That alone was worth doing it.”

Giving herself a name, Ms. Craig says, even when she was working essentially part-time from home, also helped convince prospective clients that hers was a professional operation. “A name gives the reassurance that you are a company,” she says.

By listening to her critics, Ms. Craig says she learned to pay close attention to the way she portrayed herself and learned to treat her work as though it were any other job or business. She couldn’t expect others to take her seriously if she didn’t take herself seriously first. “If you want to be a professional,” she says, “you have to treat it like a real professional job.”

For Ms. Craig, this ultimately meant getting her own office space. Working a stay-at-home job just wasn’t for her, she said. But before she could afford that, she treated her home office as though it were any other cubicle in an office tower. “I created the habit of, when my workday started I did nothing but work, and never in my pajamas,” Ms. Craig says. “I actually got dressed, put on makeup.” She even took her kids to daycare during her work hours.

Presenting herself as a professional also meant having business cards, and a professional email address separate from her personal account, Ms. Craig says. And she learned to be mindful of what she posts on social media by observing other women entrepreneurs, who she saw posting pictures of themselves working in their bedrooms with a dog on their lap. 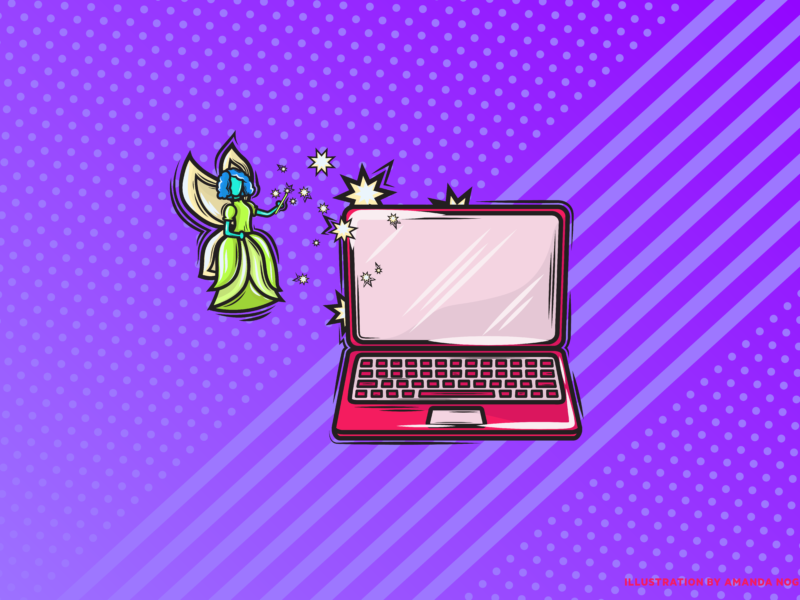 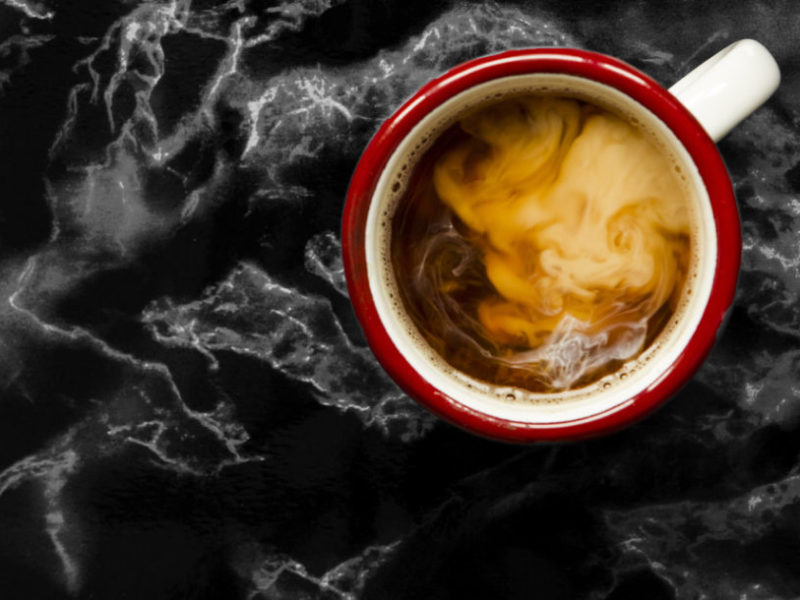 A Beginners Guide To Startup Funding 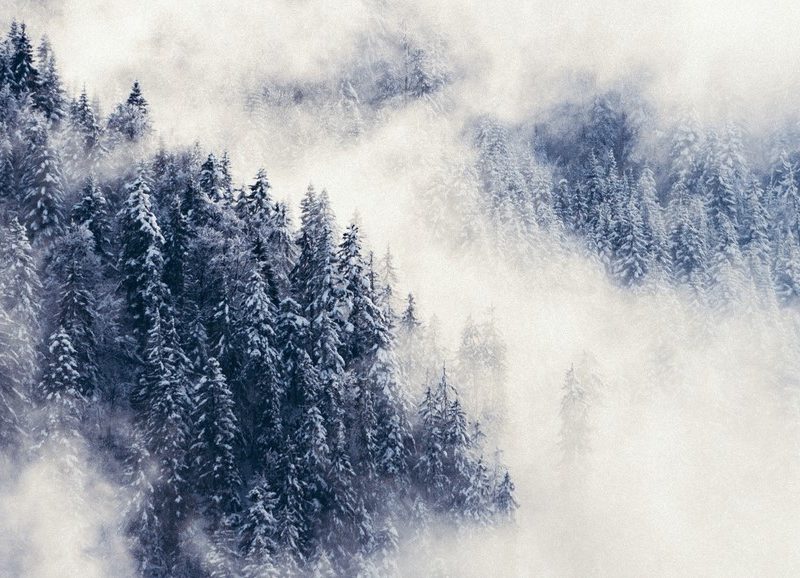