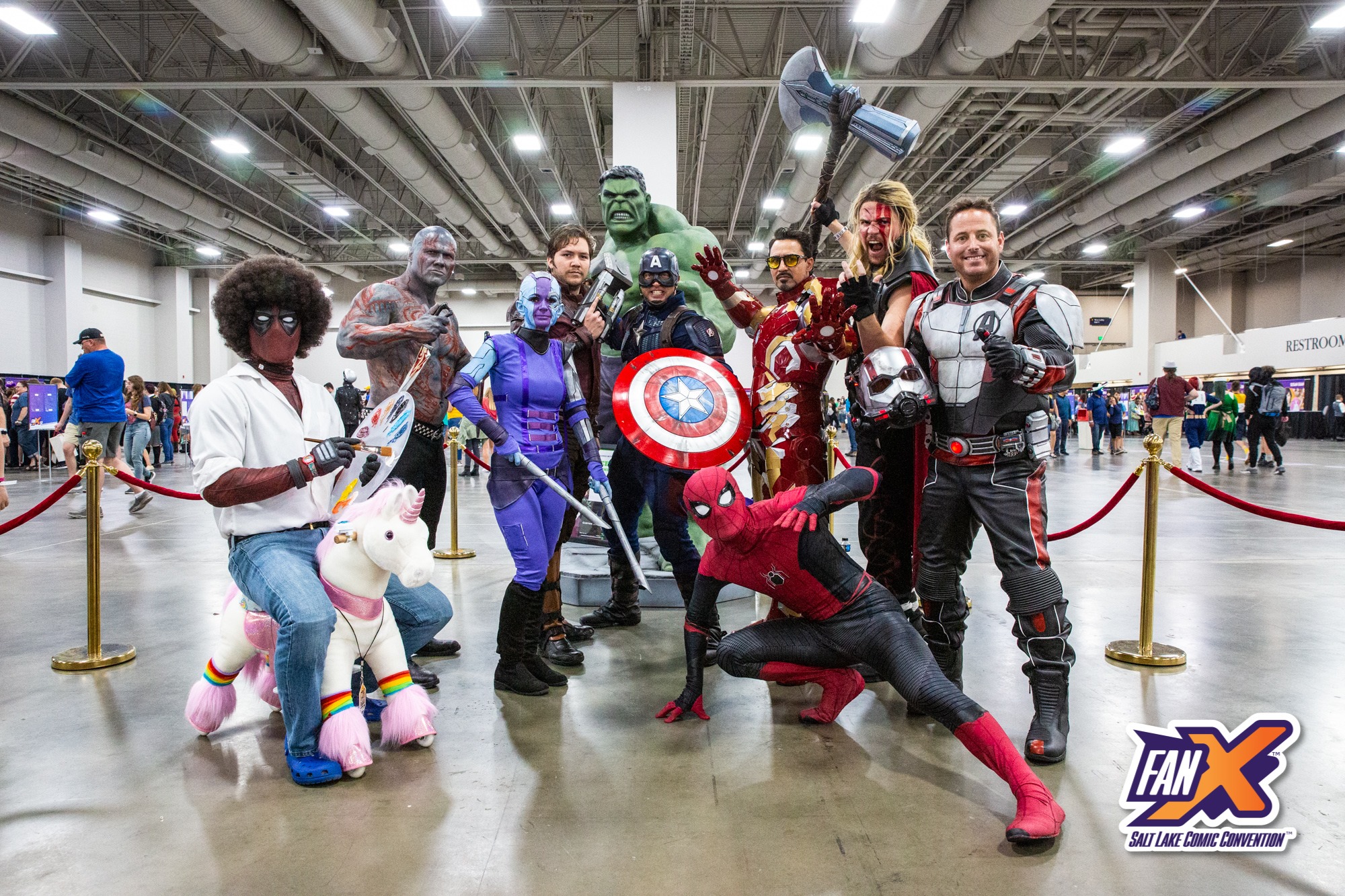 I was never that guy to go out and buy a Star Wars T-shirt. My wife would buy one for me, but I was never the one to say, “Oh, I want this Star Wars or Battlestar Galactica T-shirt or whatever.” I watched all of those shows and I enjoyed them, but I was never that true fan who went out and bought the memorabilia around that fandom― I wasn’t that person. In fact, before I started FanX, I wasn’t very familiar with these sorts of fan and pop culture events.

When I first got pulled into it, I was a partner at Daz 3D, a company specializing in 3D models for art and animation. We started seeing comic book illustrators using our software to create illustrations for their comic books, so we decided to start vending at different comic conventions like Wizard World in Chicago, New York Comic-Con, and a few others.

I loved being a vendor at these events because you could cut the positive energy with a knife. I had so much fun that I ended up talking to one of the big producers behind comic-con to get them to bring the event to Salt Lake, who ended up telling me it wasn’t their “most viable market” at the time.

Around the same time I had this conversation, Utah Media Group had hosted GEEX, a convention focused on gaming. We were there as a vendor but we felt the event had the potential to be even bigger. GEEX seemed like a sliver of what these other conventions were, so I started talking with Utah Media Group and ultimately convinced them to help us run a large fan event as our own in 2013.

We booked the Mountain America Expo Center in Sandy for our first event. They had five halls that are about 45,000 square feet each and we booked one of the five halls with a second hall as an option and we were thinking, “Okay, we’ll handle 10,000 people, maybe if we get lucky, we’ll have 15,000.” We had a hold on the second hall, started announcing guests, and we were getting thousands of likes and comments on Facebook. Lou Ferrigno and Kevin Sorbo were in our first round of guests and so far and the response had been really positive.

Then we put tickets on sale, and we immediately had a couple of thousand tickets sold. And that’s when it sunk in that this could be something great, we were like, “Wait a second. This is different.” To meet demand, we booked more guests and started adding more to the lineup. At this point, we began having discussions with bookers about bringing in either Stan Lee or William Shatner. And the booking manager was like, “Why don’t you wait and see because we don’t want you to have to pay a lot of money on a guarantee for these guys if [the event] doesn’t do great.”

But ticket sales kept coming. Eventually, we expanded to three halls and got the go-ahead to move forward with a big-name celebrity―and then things really started to come together.

Once we announced William Shatner as part of our lineup, people began taking our event seriously. By the end of the month, we had 10,000 tickets sold and had expanded to the point where we had all four available halls at the expo center committed―and we still needed more space. Later that August, we announced that we were moving downtown, and that was a huge turning point, our first-year event was moving to an even bigger facility.

As the event date inched closer, I had still been working on trying to get Stan Lee to come with William Shatner. Everyone that I had spoken to prior said that he was unavailable but I talked to Lou Ferrigno, who was doing some press for us at the time, and I said, “Lou, get us Stan Lee.” A few days later, after Lou met with him, we got a call from our agent who said, “It’s sold.” We got Stan Lee.

And if we thought things were crazy before, the second we were able to announce that Stan Lee was coming, it became the perfect storm. That first event, we estimated that we had 72,000 participants―it was the largest first-year convention like that in the country.

From Comic Con, to FanX, and beyond

Since the 2013 show went so well, we wanted to put on a second show in 2014 that differentiated from the first one we held the previous September. During our first show, we had lines that were a mile long, eight people deep, wrapping around the Salt Palace. People weren’t able to get in so we really wanted to focus our second event on fan experience, or FanX.

Not only that, but we drew the attention of the San Diego Comic-Con, and it did not sit well with them that we used Comic-Con in our name for the first event. We had based our decision on using the name Comic-Con on the fact that there were a hundred other people around the nation using that name for their events, but the San Diego courts thought differently, and we were forced to change our name.

But it worked out for the best―we took our “FanX” idea and rolled with it, naming the convention after the fan experience and using it as a mission statement for the company.  The move allowed us to refine the way we did events since we could focus less on “comics” and more on “experiences.”  Since rebranding ourselves, for example, we brought in Buzz Aldrin, which is a fan experience, not based on a comic book, that can really extend to anybody. FanX gave us the opportunity to work with a variety of new people.

Since that first event and a rebrand, FanX is now Utah’s largest convention with about 95,000 people in attendance in 2019.  We’ve worked with a company called Pop Life that has expanded in Asia. They loved the name and the brand association with us, though they produce it. They licensed the name from us to use it for their shows in Asia, and FanX is a recognizable brand that people love.

The power of fans

The whole experience in the industry has been really humbling in a lot of ways. In the beginning, I believed there was a lot of potential, but I didn’t anticipate that it would put me in the limelight that it has.

Part of the reason why I love this industry so much is that it’s something that has brought people together when there are so many divisive things in the world going on. People can find common ground here, and no matter where they sit on the political spectrum, whatever they believe in religious-wise, or whatever it may be, we can all get along, love each other, and share our love for the fandom.

Before we did our first convention, I went out to one in Anaheim and I remember seeing all of these cosplayers. And in character, these cosplayers are enemies. Those characters are canonically enemies of the other characters. But you’ve got the heroes and the bad guys all there together as friends enjoying it. And it’s like wow, we really can all get along.

While I said above I was never that guy to go out and buy a Star Wars shirt, I have always been a fan of fans. I really do love to see the excitement around entertainment. We had Joey Fatone of NSYNC up at the zoo this year, and just the energy, the excitement of people who had the chance to get to meet him and get a photo op, or an autograph or whatever it is was incredible. I love being that fan broker and putting together those events for fans to meet the people that they look up to―it’s so touching to see a fan who’s choked up, who can’t talk, or is in tears because they’re so excited and so emotional about this opportunity.

The strongest instance of this that I had seen was when we had our second event in 2014 during a special panel with the Star Trek: The Next Generation cast. We’d been working on booking Patrick Stewart for months, but we weren’t able to get him. Up until the day of the panel, we didn’t have a book, so we brought William Shatner back to lead the panel and interview the other cast members.

We were letting people in the audience ask questions and there was a guy who came up in a wheelchair and said, “I want you to know what you’ve done for me. I served in the Middle East and I lost both my legs. Watching your show through the night when I was in dire pain, it was you guys that kept me going.” And the cast members started crying, Shatner was even broken up. The bulk of the cast came down and surrounded him―it was so touching.

Another of those magic moments was when Carrie Fisher came out on stage to do a panel and wanted a Coca-Cola―but we only had Pepsi products. So she gets out on stage and she takes a minute to tell people in the audience that she wants a Coca-Cola and not Pepsi. And one of the fans from the audience walks up to her with a can of Coca-Cola. She took it, grabbed him, and kissed him on the lips right there. And it turned out this guy was a big super fan and the news did a whole story on his collection of Star Wars memorabilia.

How do you plan for experiences that? You don’t. You can’t. You just bring the right things together and the magic happens. And there are hundreds, if not thousands, of experiences like that. We’ve had proposals on stage—one of our staff members proposed with Bruce Campbell to his wife. We’ve had gender reveals, flash mobs, and even weddings. In fact, we had James Arnold Taylor, a voice actor for Star Wars: The Clone Wars, officiate a wedding at the event in 2018 with the party dressed in Star Wars costumes.

These stories make me so grateful that I helped to create these experiences. I can’t imagine a single one of them has forgotten to this day, the impact of that wedding, that kiss over a can of Coca-Cola, you name it. And I can’t imagine they’ve had any other experiences like it. It’s just powerful what can happen when you put the right elements together like we do at FanX. It’s magic. 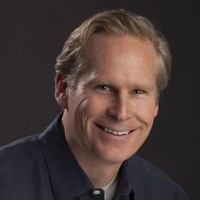 Dan Farr is the founder of FanX.