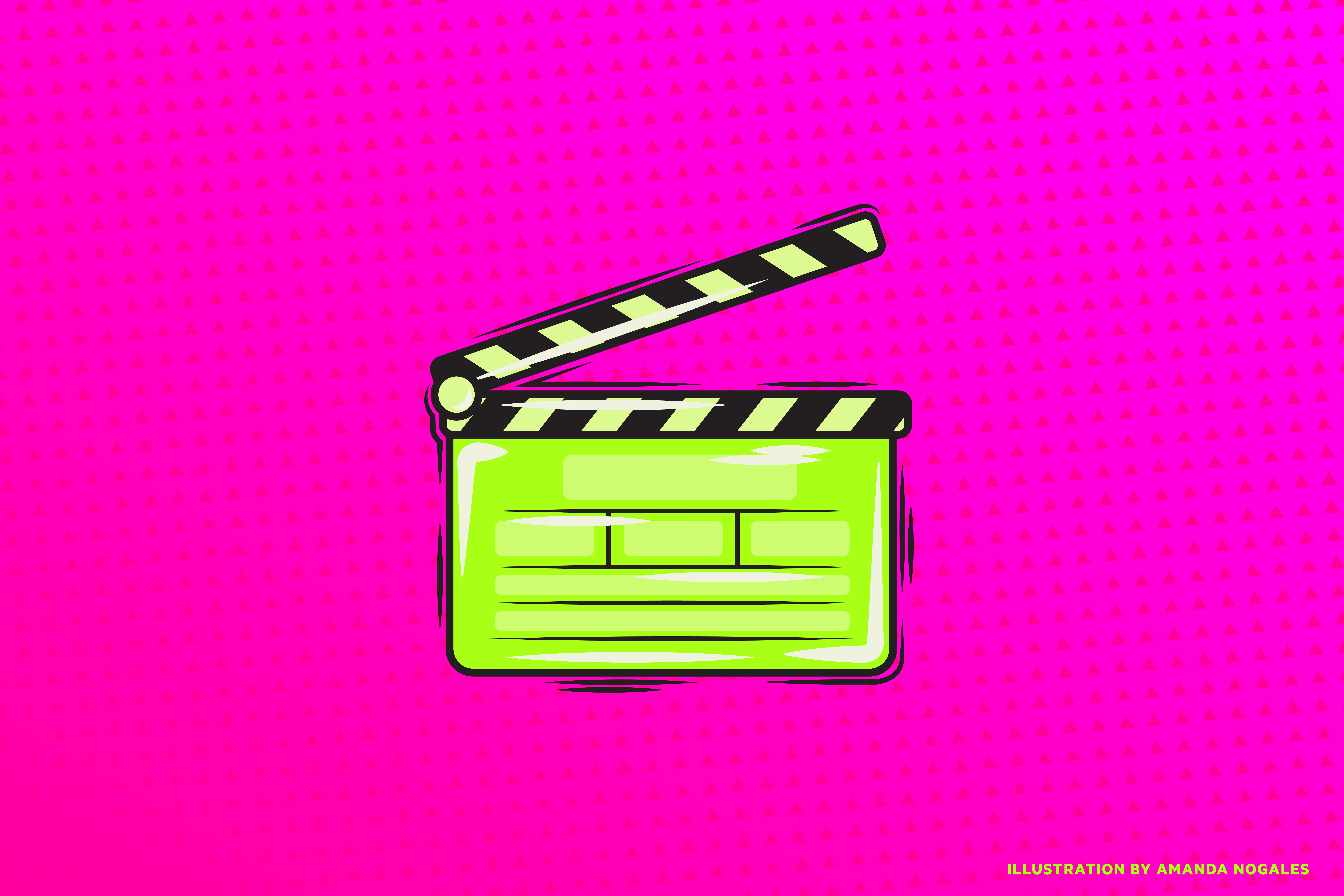 Screw Hollywood—let’s make our own movies!

When Garrett and Jessica Gee pitched their animated series to Netflix and Disney, they received a $10 million offer―but they turned it down.

The couple had amassed 2.6 million followers as @thebucketlistfamily on Instagram—as well as 1.32 million followers on YouTube—and knew they would bring more to the table (like a built-in audience) than any network would be able to provide them. They decided to raise the investment themselves.

Garrett had some experience in this area. While attending BYU 10 years prior, he developed a QR code app called Scan and sold it to Snapchat three years later for $54 million. Rather than invest the money in his next startup, he and his new wife Jessica decided to sell everything they owned and travel the world.

What started as a way to document the Gee’s travels quickly became a business on its own. Their Instagram and YouTube accounts grew as they checked items off their bucket lists and had three kids along the way. Three years and 65 countries later, the family renovated a bungalow in Hawaii and settled in for their next chapter: bringing what they’d learned from their travels to the television screen.

That’s where things get interesting. Typically, a television series gets pitched to networks in hopes that they will fund the pilot and, depending on how it is received by test audiences, get picked up for a season. In this case, the network acts as a gatekeeper, deciding which projects get greenlighted and which ones don’t based on their subjective tastes.

But the Gees didn’t need someone else to tell them whether or not their idea would succeed. They already had millions of fans who would watch (and pay for) their series regardless of what it was about―and that gave the Gees considerable power when it came to determining their next steps.

“If you’re out there with an audience, you are a founder.” That’s what angel investor Scott Paul told me during a recent Utah Business funding panel. “You can monetize that.”

Paul says the definition of a “founder” has blurred in modern times―in a good way. An entrepreneur no longer needs to build a product, attract third-party investment to scale it, and then try to find a market to sell it. Thanks to social media platforms, an entrepreneur can first build an audience and then create a product specifically for it, like how the Gees turned their YouTube following into a market for an animated travel show.

In this case, the traditional build-fund-sell model is turned on its head, and a product doesn’t even enter production unless there’s an audience already lined up and ready to pay for it. A clothing line could have an audience before it debuts its first item―such as when a fashion blogger decides to start her own label. A movie could have an audience before it even has a plot―such as is the case for the Star Wars, Marvel, and DC franchises, all of which have enormous fanbases.

In 2018, Forbes added Kylie Jenner to their “richest self-made women” list. The model had successfully turned 100 million+ Instagram followers into an $800 million cosmetics business, and her appearance in Forbes was one of the first times a self-made millionaire got there from a social media following. When it put Jenner on their cover, Forbes said: “Welcome to the era of extreme fame leverage.”

That “extreme fame leverage” takes advantage of a platform of followers and turns them into a market of buyers, like how Prince Harry and Meghan Markle were able to ink their royal fame into a multi-million dollar Spotify deal. Or how the tidying up aficionado Marie Kondo built such a large following for her book, “The Life-Changing Magic of Tidying Up,” that she was able to parlay it into a Netflix contract.

In 2012, the JOBS Act expanded the ways companies can raise capital and allowed them to use crowdfunding to issue securities. Now anyone can be an angel investor, and even a $100 investment could result in gains or losses for the investor.

Neal Harmon wants to crowdfund films this way. As co-founder and CEO of Angel Studios, he outlines an anecdote from the book “Wisdom of Crowds” in which a crowd attempts to guess how many jelly beans are in a jar. The average of those cumulative guesses is closer to the true answer than any single closest guess.

“Angel Studios is a studio built on the premise that thousands of people make better decisions as to what will be a successful media venture than a few executives in Hollywood,” he says.

That premise was discovered more by accident than design. Before it split off and became Angel Studios, Harmon was the founder of VidAngel, a streaming company that allowed users to skip content they deemed inappropriate per their personal values. Disney eventually sued them for breaking copyright law by streaming altered videos without permission, and the company almost lost it all―but they were saved by their cult following.

“Welcome to the era of extreme fame leverage.”

“We had this really cool experience where, when we got sued, our customers really wanted us to survive and they started asking to give us donations. We got a couple hundred thousand dollars donated to pay for legal fees. Then we went to them and said, ‘Hey, we’re going to give you the opportunity to buy shares in our company. Don’t invest unless you’re willing to lose all your money―but if we win, this can become valuable.’”

The company raised $10 million in five days. That’s when a bell went off in Harmon’s head: he could use this same model to fund a television series. “In the same way that we saved the company in the lawsuit, we could kickstart a show because the crowd comes together to make that show,” he says.

So far, only four stories have been crowdfunded using the platform—“The Chosen” being the pièce de résistance among them. Now in its third season—and crowdfunding for four more—the show has raised more than $40 million from fans, the largest amount ever crowdfunded for a media project. According to their website, seasons one and two have been viewed more than 160 million times.

“Remember Hollywood’s golden rule? ‘He who has the gold makes the rules.’ Well, now we can make our own rules.”

So declares the initial crowdfunding page for “The Chosen,” in which director Dallas Jenkins makes the case that a series about Jesus “shouldn’t be entrusted to Hollywood. It needs to be made by us…Do we really want to put the greatest story ever told in their hands? Think of recent Hollywood bible projects: Noah, or Exodus, anyone?”

It makes sense why a series about Jesus might be better funded by those who believe in him. Another Angel Studios title, “The Tuttle Twins,” caters to a similar niche group. The series raised $2.6 million from 5,949 parents who were tired of their kids being “brainwashed” by social justice rhetoric at school. “They are openly pushing socialism and woke-ism into the minds of our kids every day,” the books’ website cites.

“Hollywood would never make a show like this!” the crowdfund asserts. “It doesn’t fit their worldview.”

In this way, the crowdfund allows niche groups to assemble finances around their interests—for better or worse. Whether the intent is to raise money for an animated series that gets kids interested in travel (like the Gees’) or one that “shields kids from socialism” (like the Tuttle Twins’), access to capital might not be readily forthcoming from Hollywood but freely given by an interested audience.

“Now, [followers] get to feel like they’re having an impact. When a show is successful, rather than the big execs in Hollywood getting the big paychecks, the owners end up getting to see the profits.”

That’s why Barack and Michelle Obama signed a multi-year agreement with Netflix upon leaving the White House. Stories influence people, and with Americans spending an average of three hours each day consuming video content, television has more influence than any other media—even more so now that individuals can bypass Hollywood and finance a film directly from their followers.

That’s what the Gees did. After raising a $7 million round from VCs and accredited angel investors, the family crowdfunded the remaining $3 million from 30,000 fans who contributed $100 each using Republic―a funding platform similar to Kickstarter but with investments instead of donations. In one fell swoop, a subset of the couple’s YouTube and Instagram followers became seed-round angel investors and the Gees began Bucket List Studios—an animation studio planning to debut a cartoon about the family’s travel.

“At Angel Studios, we say, ‘Be part of stories that matter,’” Harmon says. “Now, [followers] get to feel like they’re having an impact. When a show is successful, rather than the big execs in Hollywood getting the big paychecks, the owners end up getting to see the profits.”

There’s a future in which we fund the movies we want to see and earn a share of the profits when they’re successful—and we might even get to watch better films because of it. With social platforms allowing any project to gather a following and crowdfunding tools turning those followings into investors, a new generation of media is on its way.

Elle is the editor-in-chief of Utah Business and a freelance writer for Forbes, The Muse, and The Startup. She is also a literary novelist and the author of a weekly newsletter called The Novelleist. Learn more at ellegriffin.com. 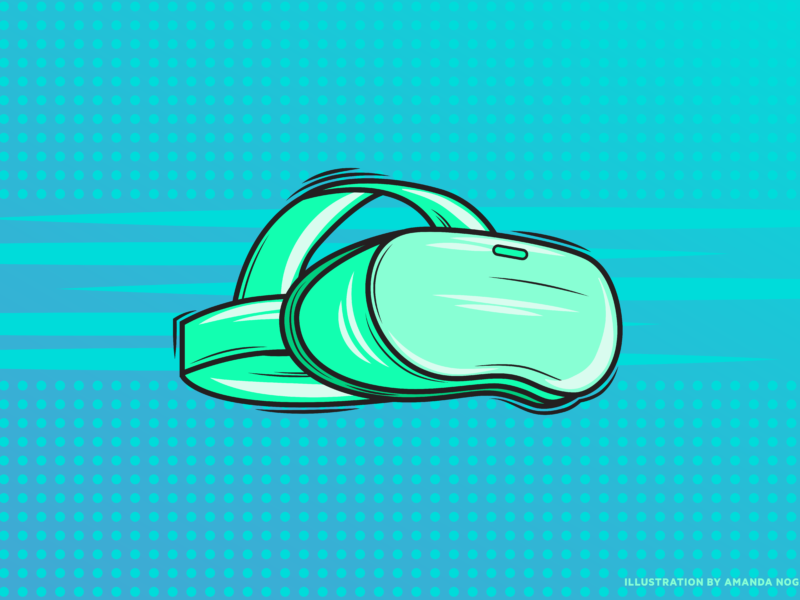 Coding should be an essential part of school curriculums 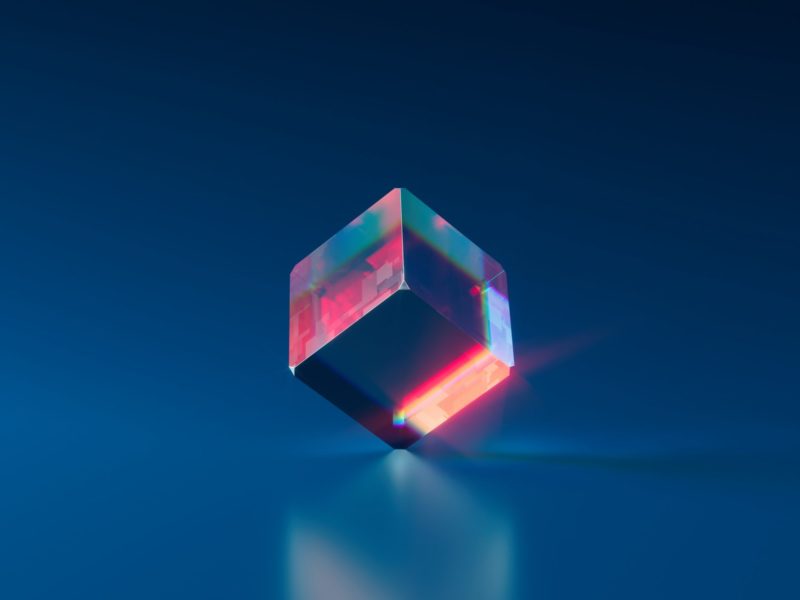 Utah tech leaders discuss the state of the industry 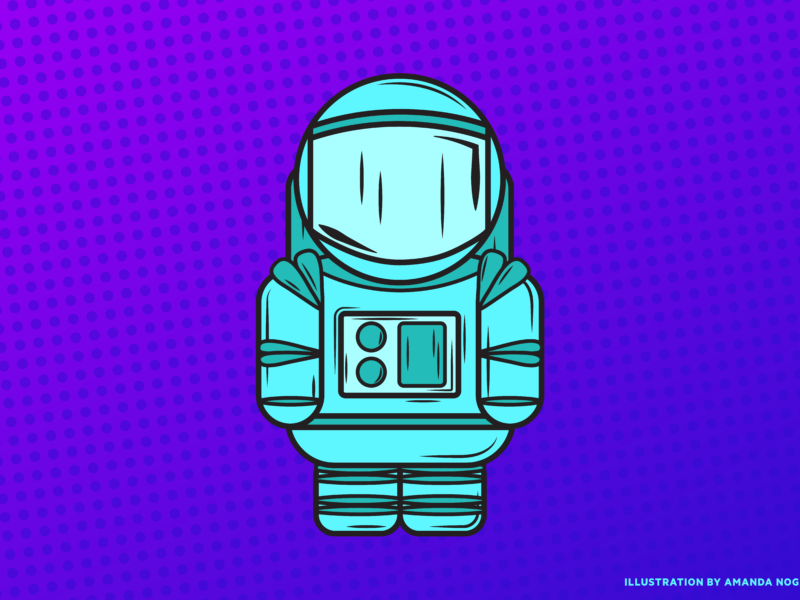 Uplift Aerospace’s NFTs come with a trip to space 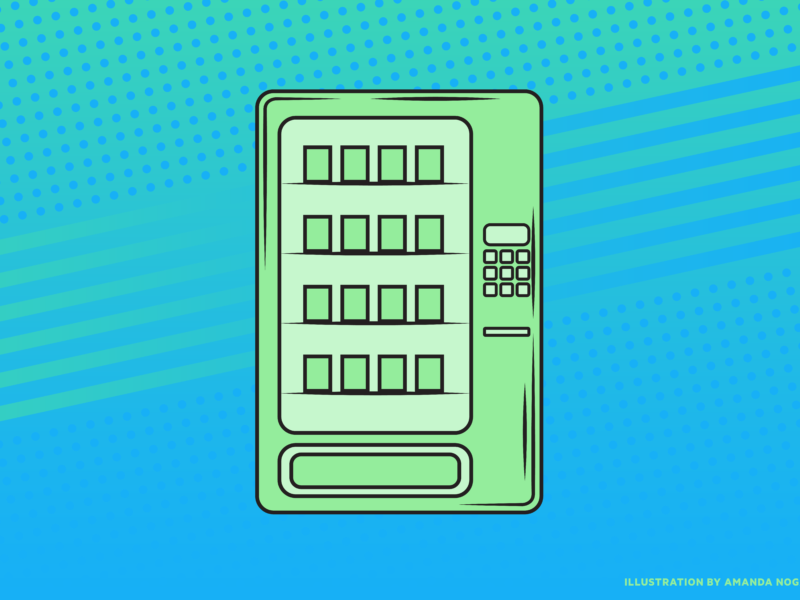 The various items you can dispense from Utah vending machines