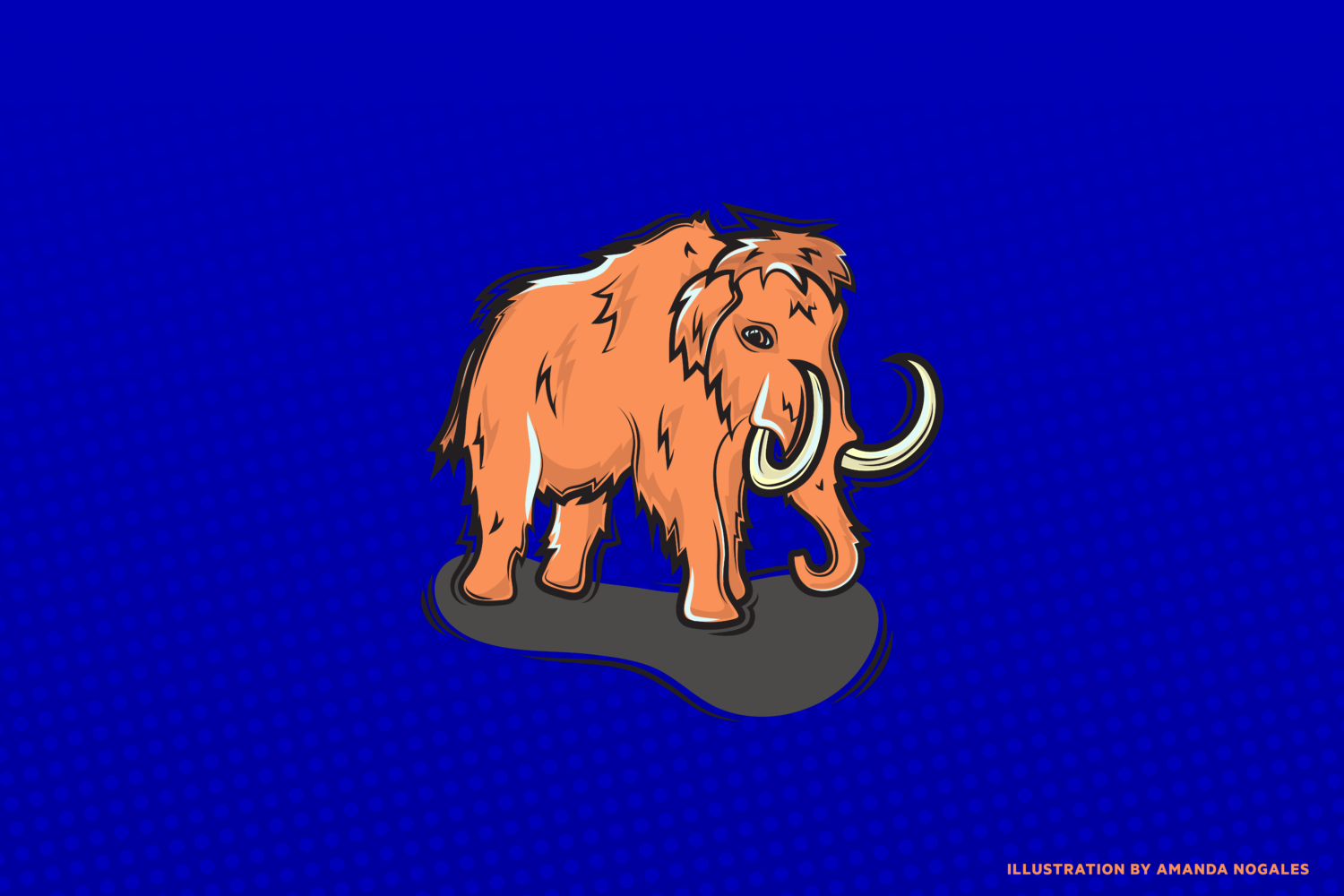 Let’s bring back the woolly mammoth

“Those were great,” he says, explaining that each had created value for shareholders and employees, and affected thousands of people’s lives through their work. “But a lot of those didn’t have a lot of impact.”

One project, for example, was a robotic, AI-driven bioreactor that used algae to stem carbon emissions from large buildings. It led Lamm to dive “deeper and deeper into climate change.” Eventually, he became interested in the idea of de-extinction, which involves reviving species that have died off and reintroducing them. The argument is alluring: key species reintroduced to ecosystems could have a balancing effect, helping stabilize at-risk environments—or even the planet as a whole.

For years, Harvard and MIT geneticist George Church has been pursuing this technology to bring back the woolly mammoth, with the idea that reintroducing the species to arctic environments could stop temperature increases. Lamm set up a meeting with Church in late 2019.

Lamm recalls, “When one of the fathers of synthetic biology says, ‘We have the capacity to achieve this, we just need the right level of focus and funding.’ From a business perspective, I was like, ‘Well, how much do you need?’”

The disappearance of individual species is speeding up at a pace never seen in human history, and ecosystems are notoriously delicate. As one group of scientists put it in a 2020 paper, “Extinction breeds extinction.” The researchers argued that the ongoing sixth mass extinction in the planet’s history results from one species within a chain dying off, which kills other endangered species.

One 2014 review in the journal Science found that the rate of species extinction is 1,000 times faster than it would have been without human intervention. Another paper published in the same journal in August found industry poses a particular threat to species. Indigenous lands were found to be a safe haven for endangered primates, with those groups acting as protectors of biodiversity in general against encroaching human-made threats.

A 2019 report from the United Nations rang similar warning bells. It found grave impacts around the world due to species extinction were “likely,” with more than 1 million species headed for extinction in the coming decades. Nearly all of the reasons for extinction they identified were human-driven.

As the research has laid out a particularly stark future under industry as usual—and as scientists and activists around the world push for solutions—for-profit companies and startups have begun to offer their take on addressing climate change. Lamm sees this as a positive development.

“A lot of companies for a long time were focused on just value creation, and that’s awesome for shareholders,” he said during a panel at SXSW in March. He laid out a framework for what he sees as a new approach. Value creation is only “one leg of the stool,” he said, with inspiration and impact being the other legs.

Lamm articulates a central tension within climate projects. Activists see a different solution to the problem than business people: dismantling exploitative systems themselves. Increasingly, direct action groups and advocates are calling for a fundamental shift in capitalism, identifying industry as the core driver of climate threats. At the same time, capitalists have argued repeatedly that the system can be swayed—as Lamm says—to create positive change.

In 2021, Lamm and Church launched their company, Colossal. A few months later, they announced a $60 million series A funding round and the news about their plan to resurrect the woolly mammoth. The company’s website now claims they’ll be “the company that’s going to fix” the problem of extinction.

"It sounds like science fiction because it sounds so big and exciting and bold. At the same time, we have all the technologies.”

Humans and researchers have been considering the potential and pitfalls of de-extinction for years. Some scientists have argued that it’s a bad idea with too many unknowns and that resources would be better placed in preventing future extinctions by interrupting climate change. The entire premise of Jurassic Park plays on the idea of de-extinction gone wrong.

Lamm and Church, meanwhile, have found enough support from scientists to form an advisory board made up of professors from around the world, as well as support from investors and executives to weigh in on the project.

“It sounds like science fiction because it sounds so big and exciting and bold,” Lamm said. “At the same time, we have all the technologies.”

Colossal draws on work by Church and researcher Eriona Hysolli around genome sequencing and editing, which maps out an organism’s DNA and allows scientists to introduce strands they want to include. CRISPR, one of the key elements of their work, is a naturally occurring process where cells identify and attack invading virus DNA. Cells can modify genome sequences by cutting and inserting a strand of the DNA that should be identified and destroyed. Scientists in the past decade have learned how to harness this process and use it for a different purpose: to effectively splice in DNA they want to an organism’s genetic sequence, rewriting their code.

Hysolli and Church had been using this process in their project, which would combine woolly mammoth DNA with the Asian elephant.

Halfway around the world, another team of scientists was working on a project that could serve as the ideal place for re-introduction. Colossal and Church are working with them to develop their idea.

Sergey and Nikita Zimov started Pleistocene Park in the Sakha Republic in Russia to test the hypothesis that reintroducing large species to the environment could help protect permafrost and stave off catastrophic global temperature increases. The Zimovs started developing the park in the 1980s and building the enclosures in the 1990s—and have brought several species back to the area to test their idea in the years since.

A short documentary about the park showed how it has taken the Zimovs decades to make their idea a reality and how steadfast they are in their approach. “We are absolutely sure that our theory on the Pleistocene Park is correct and that animals can maintain the ecosystem,” Nikita told the filmmakers.

The park helps bring into focus the reality of reintroducing extinct species, shifting it from abstract science fiction into reality. Years from now, if Colossal’s team is correct, they will begin to raise their hybrid mammoth-Asian elephant in Serbia, among some other locations across the Northern Hemisphere. It could then be raised to breed and, over decades, potentially start to reproduce.

One challenge is the limitations of space. The mammoth steppe, the ecosystem identified by scientists as the former home of large species like the woolly mammoth, spanned nearly all of Russia and North America. That landscape is massive and completely changed due to the loss of species—what was once grassland is now largely forest. Much of that space is now occupied by humans and cities.

Another challenge is time. The permafrost that large species helped protect thousands of years ago by tramping down snow in the winter across this region is already thawing. Trapped in that ice is methane that could dramatically speed up global warming and potential diseases that could threaten life on the planet.

Despite the company’s branding on its website, Lamm laid out a more sober approach in his interview.

“I think the only real silver bullet is changing hearts and minds,” he says, praising intergovernmental standards like the Paris Agreement. He said once Colossal gets to re-wilding animals, they could work with companies like Exxon-Mobil on carbon credits. “It’s not a solve, but it’s a step in the right direction,” he said.

At the same time, venture capitalist and investor for the company Tim Draper argued that even if the project is unsuccessful at resurrecting a woolly mammoth, the advancements they make in CRISPR technology will be worth it.

Lamm says Colossal was open to ensuring their technology for species de-extinction and protection could be open source, pointing to a vaccine project that could help endangered elephants (some of the tech that focuses on human healthcare, however, would not be open source). He also said the company would work with conservation groups to ensure their efforts are in tandem.