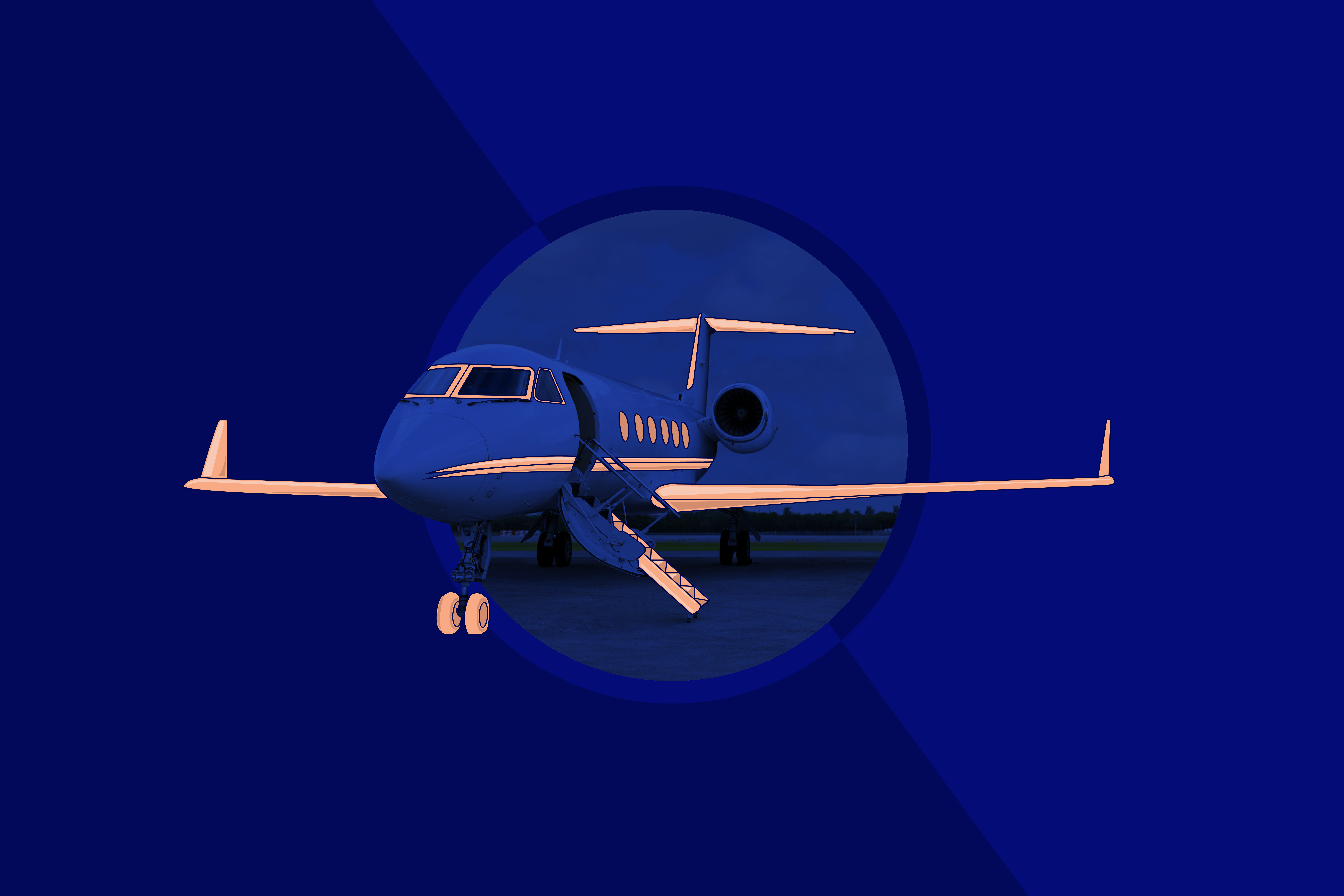 Celebrity ‘climate criminals’ are flying on private jets more than ever

In July, the United Kingdom-based marketing firm Yard published a controversial list that compiled egregious examples of celebrities using their private jets to scoot across the planet without much regard for the cost of fossil fuels. The firm called the study “Just Plane Wrong.”

“The purpose of this study is to highlight the damaging impact of private jet usage,” the firm wrote in an edit to the original article. The edit was primarily written to clarify that while there was no way to be sure that the celebrities named were physically on the planes they referenced, the movements of these jets were public data and had been recorded making notoriously short trips.

Yard’s list included A-list celebrities from music, sports, and film industries that had been caught jet-setting on private planes. Pop music star Taylor Swift, they noted, had been the biggest polluter of 2022 so far, with 22,923 minutes of flying time. The singer was not touring at the time but was flying for an average of only 80 minutes per trip, with the shortest being a 36-minute flight from Missouri to Nashville.

In the past several years, data analysis and automated programs that track planes—since their movements are a matter of public record—have confirmed to social media users that the ultra-rich are flagrantly ignoring the planet’s well-being. For privacy and convenience, not to mention luxury, celebrities and the top wealth-holders turn to private jets for any and all travel, even flying for just a few minutes at a time.

Kylie Jenner, for example, was criticized heavily over the summer for a series of incredibly short flights within the Los Angeles area, most less than 20 minutes, and one even showing up as a three-minute flight, according to air traffic info.

The environmental emergency of private jets becomes clear with some data. Yard cited a particularly alarming figure in its research—that 15 percent of the population is responsible for 70 percent of all flights, including international ones. While this statistic comes from a slightly dated 2014 study by the UK government, it does reveal a massive disconnect between those who fly constantly and those who fly a couple of times per year, if at all.

Other celebrities called out online included Steven Spielberg, Oprah, Drake, Mark Wahlberg, and Floyd Mayweather. The list of household names with private jets is anything but short. Some haven’t taken kindly to being tracked; Jay-Z’s representatives responded to one study to argue that the plane being tracked wasn’t actually owned by the hip-hop artist. In a more pointed response, Elon Musk, the world’s richest person, tried to bribe a teenager who had created a bot that tracked his private plane. Musk offered $5,000 for Jack Sweeney, who created the Twitter account @ElonJet, to take down the program. When Sweeney asked for an internship instead, Musk never replied.

As the problem has grown into an international and online scandal, some companies have cropped up to offer solutions built around sustainable jet fuel. One Utah company, CleanJoule, has dedicated its work solely to this purpose.

Founded in 2009, the Salt Lake City-based, privately held company specializes in eco-friendly fuels that aim to combat climate change. The purpose of this is clear: according to a 2020 study in the journal Atmospheric Environment, 3.5 percent of climate change impacts come from the aviation industry. The severe nature of this kind of impact has led to a broad movement among environmentalists of “slow travel,” where they opt out of flying at all.

The Environmental Protection Agency estimates that aviation accounts for 9 to 12 percent of all US transportation-related greenhouse gas emissions, but the problem doesn’t just come from fuel. According to the National Oceanic and Atmospheric Administration, “two-thirds of the impact from aviation is attributed to contrails, NOx, water vapor, sulfate aerosol gases, soot, and other aerosols. The remainder is due to the cumulative heat-trapping effects of long-lived CO2 emissions—32.6 billion tonnes between 1940 and 2018, or roughly the total global CO2 emissions for the year 2010.”

To put these figures in a different context, other researchers have found even more minute data. One 2021 study by the European NGO Transport & Environment found that a single private jet can emit 2 metric tons per hour—and flights leaving from the UK and France alone out-emit flights from all other countries on the continent combined.

“In 2019, one-tenth of all flights departing from France were with private jets, half of which traveled less than 500km,” the researchers wrote.

On top of all that, using private planes can be a considerable boon to the finances of those already incredibly wealthy. Accountants, lawyers, financial advisors, and tax agents working with rich clients have helped create an ecosystem where offshore registered jets and yachts allow owners to skip out on paying taxes. The Bank of Utah was even implicated by a report from the International Consortium of Investigative Journalists’ 2017 Paradise Papers project.

“Reducing private jet use itself is not enough—the US and other countries must go further and pass the kind of laws that can prevent the worst-case climate scenario.”

The Ogden-headquartered bank actually signed on as a trustee for a plane owned by Russian natural gas oligarch Leonid Mikhelson in a deal that allowed him to avoid paying $12 million in taxes. On top of that, according to the investigation, the bank’s involvement increased the jet’s resale value by giving Mikhelson access to the US jet registry.

For everyday travelers, the situation around ethics, climate change, and financial feasibility is much more straightforward. In fact, slow travel has become trendy enough that travel sites often encourage users to focus on travel by train or bus, while environmental groups are boasting about the movement’s sustainability. While some refer to it as “flight shame,” organizers aim to get people to review their travel habits.

Choices around slow travel can be important. A traveler choosing a mass transit option versus gas-hungry, small-occupancy vehicles makes a big difference. Chris Field, the director of the Stanford Woods Institute for the Environment at Stanford University, told The Washington Post that a single pickup truck can have a similar fuel economy to a private jet. He argued to the newspaper that traveling in both methods is environmentally irresponsible.

However, given the globalized economy and increasing interconnectivity of business, air travel has become difficult to avoid for many. That’s where the industrial race toward creating sustainable aviation fuel (SAF)—and companies like CleanJoule—come in.

In 2021, the Biden Administration announced plans to incentivize the development of SAF like the kind CleanJoule makes under a program called the SAF Grand Challenge. The program seeks to “increase in the production of sustainable aviation fuels to at least 3 billion gallons per year by 2030.” They will achieve this by multiple agencies—the Department of Energy, the Department of Transportation, and the Department of Agriculture—adjusting their policies to reduce the cost of developing this type of fuel.

SAF uses biomass to power planes similarly to jet fuel but with a smaller carbon footprint, according to the DOE.

A 2018 IPCC study cast doubt on the feasibility of hardware alternatives in the short term, meaning the potential solution to improved air travel would likely have to come from the fuel itself. “For large commercial aircraft, no serious alternative to jet engines for propulsion has been identified, though fuel-switching options are possible,” the IPCC wrote.

NASA, meanwhile, published findings that biofuels like SAF create “fewer and smaller soot particles” that form to trap greenhouse gases. “With fewer soot particles, it is likely but not yet proven that jet planes would form thinner, less dense contrails and cirrus clouds, which would reduce their contribution to global warming,” they wrote.

The shift toward SAF is a key part of the government’s strategy for addressing the problem, and companies like CleanJoule stand to benefit. The Biden Administration announced $4.3 billion in funding opportunities on top of tax credits as part of the SAF Grand Challenge.

CleanJoule, which bills itself as the “world’s leading producer of full-performance sustainable aviation fuels,” has boasted of a long history with the US military to develop these kinds of technologies. The company’s press releases refer to contracts with the Navy and the Air Force, as well as a 2018 grant from the DOE to showcase their SAF. Most recently, the company announced a partnership with the German airline Lufthansa.

While the details of these contracts and their results haven’t been made public, CleanJoule is one of a few companies that has been around the sector for years and could benefit from the government’s investment. On top of that, the New York-based private equity firm Cleanhill Partners announced a partnership in November of last year with the company geared toward securing their ability to scale up their sustainable air fuel tech.

“The deal provides CleanJoule with the financial, strategic, and operational resources to accelerate the commercialization of its technology—advancing meaningful efforts to slow climate change and addressing energy shortages predicted to disrupt the aviation industry within the next 30 years,” a press release reads.

The company’s co-founder and CEO, Mukund Karanjikar, an associate at Chevron until 2009 and an innovation manager at Technology Holding LLC, maintains an active social media presence, often digging into the weeds of SAF and highlighting the depth of his research into the topic. His Twitter account, @oil_addiction, includes many critiques of the oil industry being not sustainable enough but also highlights how the company shies away from the spotlight. Karanjikar doesn’t ever mention his own company.

His background also coincides with a wave of SAF companies in the US starting in 2010. Even before the government arranged investments in the industry, there was a funding surge focused on the silver bullet of sustainable jet fuel. Venture capitalists threw money toward an algae-based biofuel that sought to address the same problem as SAF. $700 million was invested in the startup wave, according to an industry news outlet. But when that bubble burst, the environment around sustainable fuel changed and scared investors.

As the world begins to ease restrictions on travel in the wake of Covid vaccines, the topic of sustainable jet fuel will become increasingly relevant to travelers, celebrities, investors, and governments.

One key aspect of this process that might not change for high-profile travelers is the issue of privacy. A viral tweet from 2017 showed a couple in first class on a plane beaming at the camera. “Imagine my family are just getting a snap,” the author wrote, “and @ZacEfron is asleep behind them.” In the background, the actor—famous for roles in “High School Musical,” “Firestarter,” and “Hairspray”—rests tucked into his seat with headphones on.

“Oh my God! He’s so cute,” one commenter replied.

“Sorry Zac for ruining your privacy,” another chimed in.

The incident helps explain why celebrities might choose to travel more discreetly—although that comes at the cost of higher emissions, particularly given celebrities’ excessive travel. In theory, the existence of first class, not to mention special treatment by airlines of high-profile passengers, adds a significant barrier between famous fliers and most other people on the planes with them. Despite that, the use of private jets has grown.

On top of that, recent increases in passengers on private jets are not just celebrities but first-time fliers, according to the Wall Street Journal. One proposal for dealing with the problem is to ban, restrict, or heavily tax the use of private planes by the ultra-wealthy.

“Reducing private jet use itself is not enough—the US and other countries must go further and pass the kind of laws that can prevent the worst-case climate scenario,” wrote Nigerian-American political commentator Akin Olla. 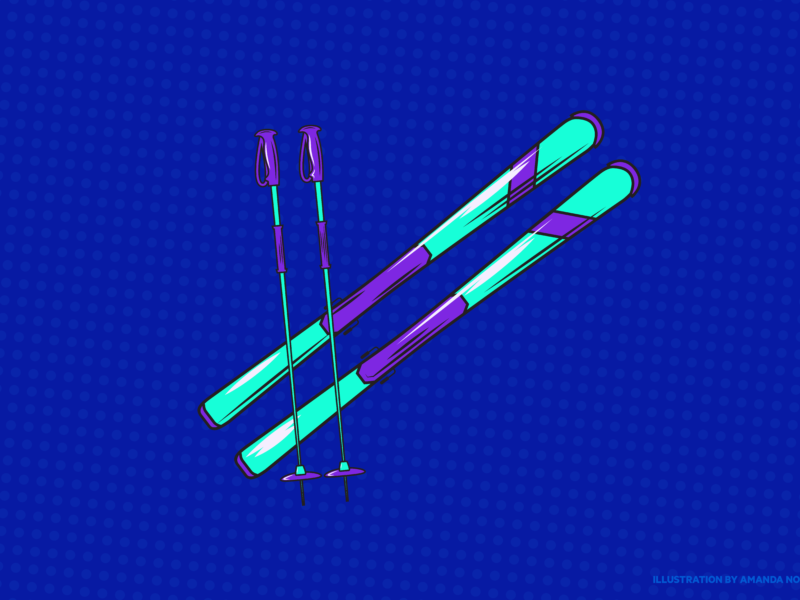