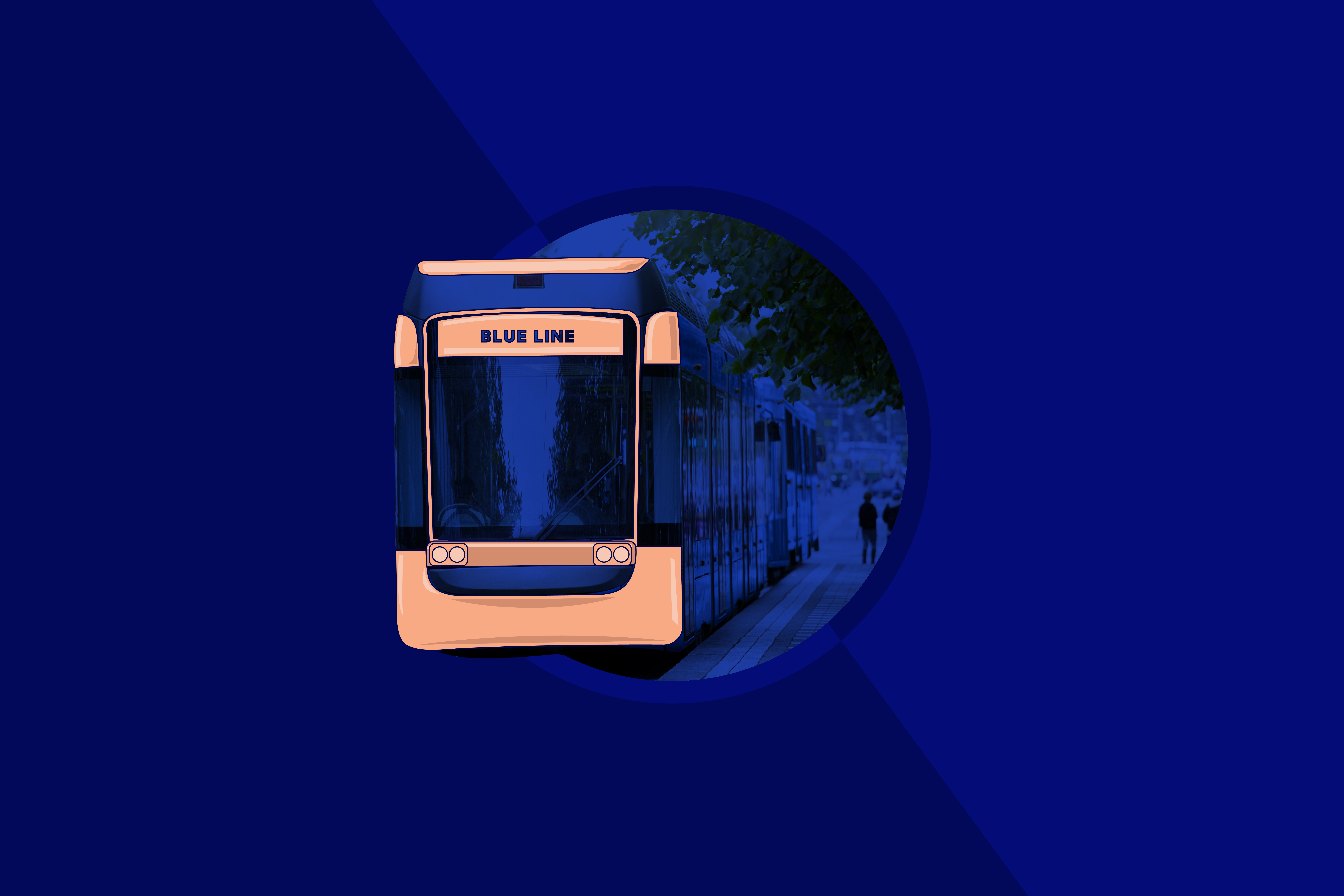 Is it ethical for Salt Lake City to keep growing?

Utahns are more concerned with growth than ever before. Two in five people believe that future growth will make Utah worse—up significantly since 2014—according to a 2022 survey by Envision Utah, a nonpartisan group designed to help the state manage growth.

Utah is now the fastest growing place in the nation, yet that growth comes at serious costs to the environment that makes the state so attractive. “Some people wish we weren’t growing and would like to stop it,” says Ari Bruening, president and CEO of Envision Utah. “Others say that’s not feasible.”

That begs the questions: Can Utah slow its growth? And should it?

In decades past, two-thirds of the state’s population growth came from births. Today, they contribute about half of the growth, with out-of-state newcomers contributing the rest. In the past decade, Utah’s population surged 18.4 percent to 3.28 million people, and by 2060, Utah is expected to absorb a huge influx of even more residents—another 2.2 million people.

Across the United States, population growth has largely been considered a good thing by mayors—a city that’s attractive to more residents results in more tax dollars. Cities want growth because it means more property tax, better services, and the ability to better serve their populations. The current economy, strapped with severe labor shortages, also depends on bodies. Utah will still need people to fill jobs and satisfy the demand for goods and services as more Baby Boomers retire.

“There’s a lot of talk across the country about whether we need to change the nature of our capitalistic dependence on growth to have more sustainable growth,” says Ellen Dunham-Jones, an urban design professor at Georgia Tech. “That’s an incredibly important question.”

Utah is facing a megadrought—the worst in 1,200 years—and some city leaders fear they’ll run out of water within a decade. In addition, the state has some of the worst air quality and suburban sprawl in the nation. “City council members, county commissioners, and state legislators that oppose growth do not get reelected,” says Zach Frankel, executive director of the Utah Rivers Council, which has been pushing for water conservation. “That’s obviously not just Utah—there is so much pressure to approve growth.”

Limiting growth can lead to problems. In the 1960s, cities began using planning measures to avoid becoming like Los Angeles, which has grown quickly since the early 20th century. Boulder, Colorado voted in 1967 to limit suburban sprawl and protect its mountain backdrop by creating an open-space “greenbelt” around the edge of the city. The effort merged environmentalism with slow population growth by limiting housing permits to keep growth at 1.52 percent a year and imposing height limits to control urban density. The city’s population did slow, but home prices increased faster than the rest of the state.

Today, Boulder has some of the best urban trails in the country, but its housing costs are 76.2 percent more expensive than Denver’s. The city also lacks racial diversity, with white people making up 86.3 percent of its population. “We’ve seen this over and over, and the outcome is the same: they end up becoming elite enclaves,” Dunham-Jones says.

But mayors across the country are learning that growth doesn’t necessarily improve quality of life, improve education, or reduce commute times. In fact, faster growth rates have been linked to lower incomes, greater income declines, and more people in poverty.

And a big concern in Utah—and the rest of the West—is water.

Federal officials have asked states to dramatically cut water usage from the drying Colorado River, which provides water to 40 million people. River flows are down 19 percent compared to the 20th-century average, and the shortage has already led to historic lake levels in the Great Salt Lake, exposing a toxic lakebed. That poses a major health risk for the Wasatch Front because wind storms are blowing lakebed dust with cancer-causing arsenic throughout the region.

Utah’s cities will face severe water shortages in the future. Salt Lake City may run out of water in 10 years, and so may St. George.

Utahns tend to use a lot of water, partly because water is still relatively cheap, and conservation measures haven’t been aggressively pursued until recently. Salt Lake City citizens use 240 gallons of water per person per day, for instance, while residents in Tucson, Arizona use half that, according to the Utah Rivers Council. Only this past year did the state pass a law that prevented cities from fining residents for xeriscaping their laws to reduce water consumption.

“I honestly don’t know if you can slow the growth. If a city allows a developer to develop, someone has to find water.”

St. George, located in the state’s hottest and driest corner, is growing so fast that the city worries it will run out of water. The county expects that its 180,000 population will more than double by 2050. But the town’s only water source, the Virgin River Basin, is shrinking fast and may only have a decade left of water left.

The state has proposed a 140-mile pipeline to pull water from Lake Powell, but the lake’s water level is the lowest it has been since it was filled in the 1960s. In the meantime, the city just adopted new water restrictions, is building reservoirs, is considering reusing wastewater, and has proposed a plan to pipe water from the dwindling Colorado River. Other states have balked at that plan.

“This seems to be some level of insanity to me that you continue to allow unabated growth at the same time you’re dealing with this unprecedented drought,” Don Fawson, president of the Leeds Domestic Water Users Association, told The Washington Post in August. “Rather than trying to find all these sources of water, we ought to be controlling the growth.”

The state’s four largest water conservancy districts, which deliver water to the majority of Utahns across the state, are planning reservoirs as a way to meet demand by 2060. But environmental groups say that at least one of those multi-billion dollar projects along the Bear River would certainly drain the Great Salt Lake.

“I honestly don’t know if you can slow the growth,” says Linda Townes Cook, spokeswoman for Prepare60, a nonprofit made up of the state’s four largest water conservancy districts that aim to deliver water to the majority of Utahns across the state and preserve water for future fast-paced growth. “If a city allows a developer to develop, someone has to find water.”

Utah’s water conservation districts charge a property tax on homes, businesses, and cars. That money covers much of their revenue, so residents do not pay for the true cost of water like people in other Western states do. In Tucson, Arizona, residents pay $2 per 1,000 gallons used, and the price doubles at 5,000 gallons. The city of St. George, meanwhile, charges close to $1 for 5,000 gallons of water per month and just over $2 for up to 50,000 gallons, according to the Utah Rivers Council.

Economists argue that growth can only be controlled with supply and demand. In the case of water, if it’s a precious resource, it should be priced higher—which will slow growth. “It’s a scarce resource, so you put a price on it and let the market determine who gets the water,” says Mark Zandi, chief economist at Moody’s Analytics. “Not pricing it and rationing it is kind of dumb. You get water in the wrong place, and it’s inefficient.”

Across the US, low-density suburbs are increasingly caught in a vicious cycle of only being able to pay for the maintenance of their aging infrastructure—including streets, sewers, and water pipes—through impact fees from new low-density projects. Some have called it a “suburban Ponzi scheme.” Most cities have attempted to reduce consumption rather than impose moratoriums on housing permits and construction.

Population growth has also led to unwanted urban sprawl and traffic in the state. Several years ago, Utah earned the dubious honor of having the second-fastest urban sprawl rate in the country, with Salt Lake City ranking as one of the worst. As a result of sprawl, Salt Lake has the seventh-worst air quality in the world, according to an analysis by California-based digital media firm Quote 360.

A 2018 study by the University of Utah found carbon dioxide emissions increased in suburban areas southwest of Salt Lake City, while similar population growth in the city’s center did not. The authors chalked the reason up to one simple thing: lots and lots of cars.

Elected leaders attempted to avoid that scenario three decades ago. In 1989, Envision Utah worked with planner Peter Calthorpe to encourage Utah municipalities along the Wasatch Front to embrace higher-density development like apartments, townhomes, and mixed-use development, investing in transit, and using less water.

The project captured the attention of urban planners across the country because of its wide scope of community input and the embracing of a more sustainable scenario. Envision Utah had hundreds of community meetings, printed out huge maps, and gave citizens various colored poker chips, which designated building types of varying density: high-rise, multi-family, and single-family. They allowed people to visualize the best way for their communities to grow. “It engaged a thousand times more people than usual planning efforts,” Dunham-Jones says.

Yet, the plan had no teeth because the Salt Lake City area has no regional government. It was up to each individual community to follow the plan.

The Wasatch Front did better than those leaders projected 30 years ago, building more apartments and mixed-use projects, developing fewer acres of land than expected, consuming less water than projected, and citizens spending fewer hours in the car. The 140-mile TRAX light rail line also grew out of the effort, and ridership was higher than projected as well.

Downtown Salt Lake City has pushed high-density development in the urban core. Last year, developers began a number of ambitious high-rise buildings as tall as 37 stories—all of which could accommodate 7,000 more residents within three years.

Construction should start next year on The Point, a 600-acre project in Draper, designed to be a “one-car community.” The community is designed to be walkable, bikeable, and with easy access to mass transit in mind. It should use less water, minimize vehicle emissions and traffic, and result in one-third fewer vehicle miles traveled. Most of the 7,000 housing units will be apartments, condos, and single-family homes. Another community in South Jordan called Daybreak was designed to have more restaurants, entertainment, and energy-efficient and sustainable homes.

This year, Envision Utah launched a new community planning effort with Gov. Spencer Cox and has just begun to collect feedback from citizens on the future. People can go online to offer opinions and ideas on growth, and Envision Utah will meet with elected officials and chambers of commerce in different corners of the state to gather input.

Envision Utah’s technical team will then come up with four options for how the state can grow and minimize traffic, air quality, and water use. Citizens can then give input on those scenarios. Ultimately, however, it’s up to individual municipalities whether they follow the plan. This time, it will encompass planning statewide and could incorporate what Bruening calls “big moves”—that could be large investments in rail lines or satellite cities.

“It will hopefully really preserve what everybody loves about Utah and help us maintain our high quality of life in the face of this growth,” he says. “We’ve got to go through the process to figure out what sticks.”