“I immediately started sobbing,” says Ariel Atkins, expressing how she was overcome with emotion when she got the news that the coronavirus pandemic was forcing her family business to close.

She and husband Brad Woodford, along with Atkins’ parents, have owned and operated the Up the Creek Campground in Moab for the past five years. Campers come here from across the continent and around the world before they set out on foot, mountain bike, river raft, or Jeep to experience the breathtaking scenery of Arches and Canyonlands National Parks.

For the family, hosting guests at their campground has been more a lifestyle than a business venture. They followed their passion to this place. Atkins grew up here since the age of three, and came back after college. Woodward, an Alabama native and avid cyclist, found his dream mountain biking mecca when he first rolled into Moab. They married, had a child, and decided they would never leave.

Then, at approximately 10:00 AM on Friday, March 17, 2020, they found out they may not be able to stay in the place that they love the most. A post on the Grand County Health Department’s Facebook page displayed the official announcement ― all lodging owners and operators were advised to close.

And it couldn’t have happened at a worse time, “It was our opening weekend,” says Woodward.

The campground was booked through the prime Spring season. As Woodward began the painstaking work of cancelling reservations and offering refunds, he watched his family’s livelihood evaporate.

Once she wiped away the tears, Atkins saw the inevitability of it all, “I had to lay off our two employees,” she says. “They’re my parents.”

Within about a week of the closures, the damage was done to Moab. The world famous tourist town and one of Utah’s most popular places had become a veritable ghost town. State data officially categorizes 45 percent of Moab’s 6,000 residents as tourism industry workers. Local officials see it differently, and their view is far more disturbing.

“I say that 60 percent to 65 percent of our employment is directly or indirectly related to tourism,” says Zacharia Levine, Grand County’s director of community and economic development.

Levine, a U.C. Berkeley and University of Utah educated industrial engineer and urban planner, has been warning government officials and citizens of a crisis like this for five years, since he first took his post at Grand County.

“Moab, like many other gateway and resort communities in the western US and throughout the world, has been vulnerable to regional, national, and global economic disruptions because of its overdependence on tourism,” Levine says.

They are our fellow citizens and neighbors,” says Val Hale, director of the Utah Governor’s Office of Economic Development.

Hale sits back in his chair, smiling while talking about his family’s many trips to Moab. “We’ve spent many wonderful days hiking, exploring, and riding mountain bikes on the trails, and driving Jeeps on the backroads,” he says. “And I’ve spent wonderful evenings dining at their restaurants and staying in their hotels.”

Hale is also quick to add that everyone who lives in Utah has 1.35 billion reasons to care about Moab.

“Moab itself is not a big community but tourism there is phenomenal,” he says. “Tourism accounts for $1.35B in tax revenue for our state. We benefit from Moab economically,” he says. “It’s in our best interest to support Moab’s success.”

Levine almost waxes poetic, when he responds to the same question.“Moab and cities like Moab factor prominently in our sense of place,” he says. “We all derive our quality of life from places like this.”

He also has a practical explanation.

“Look at our license plates,” he says. “Utah markets Moab. Everyone in this state should care about what’s happening here.”

Where others see ruin, Levine sees reimagination and reinvention. This professional visionary has been preaching a plan that reimagines and reinvents the economy for Moab, Grand County, and the entire region.

“We’re geographically isolated,” Levine says, “but that doesn’t mean we have to be economically, culturally, or intellectually disconnected.”

When pressed for answers on where opportunities may be hiding in plain sight, Levine immediately points to Utah State University’s new Moab campus.“That is the kind of magnet that can attract catalytic growth,” Levine says.

He doesn’t stop there. Levine also sees opportunity in the new hospital. Moab Regional, a not-for-profit seventeen-bed critical care facility with its team of physicians and nurses from across the country, was recently named a Top 100 health care facility in the US.

“As the hospital grows, so will the medical community,” Levine says, “and so will our economy.”

“The Synergy Company is a world-class producer of nutraceuticals,” Levine says. “There’s no reason why that industry shouldn’t grow here.”

He envisions research labs where environmental engineers and desert ecologists work for the US Geological Survey, the National Park Service, and the Bureau of Land Management to study soil conservation, energy development, and applications for the rare mineral, lithium. Levine says the area’s rich lithium deposits can and should attract battery manufacturing to the region.

Levine even sees opportunity where the rubber meets the road, or in this case, the dirt.

“Moab is the mountain biking capitol of the world,” he says, “but there is no manufacturing plant here that produces bike frames and parts.”

Levine says today’s crisis should be the wake-up call Moab and Grand County needed to finally focus on the new imperative. “We must reimagine what sustainability, resilience, and prosperity looks like in a gateway and resort community,” Levine says.

In the meantime, Moab may already be setting the standard among American cities for community collaboration during a time of crisis.

“The entire county is shut down,” Woodward says. “We’re all in this together.”

“We’re just trying to look out for each other,” says Atkins, “to make sure nobody goes hungry.” 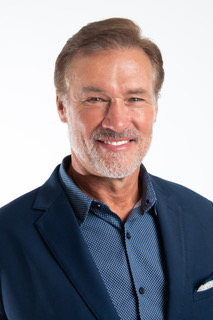