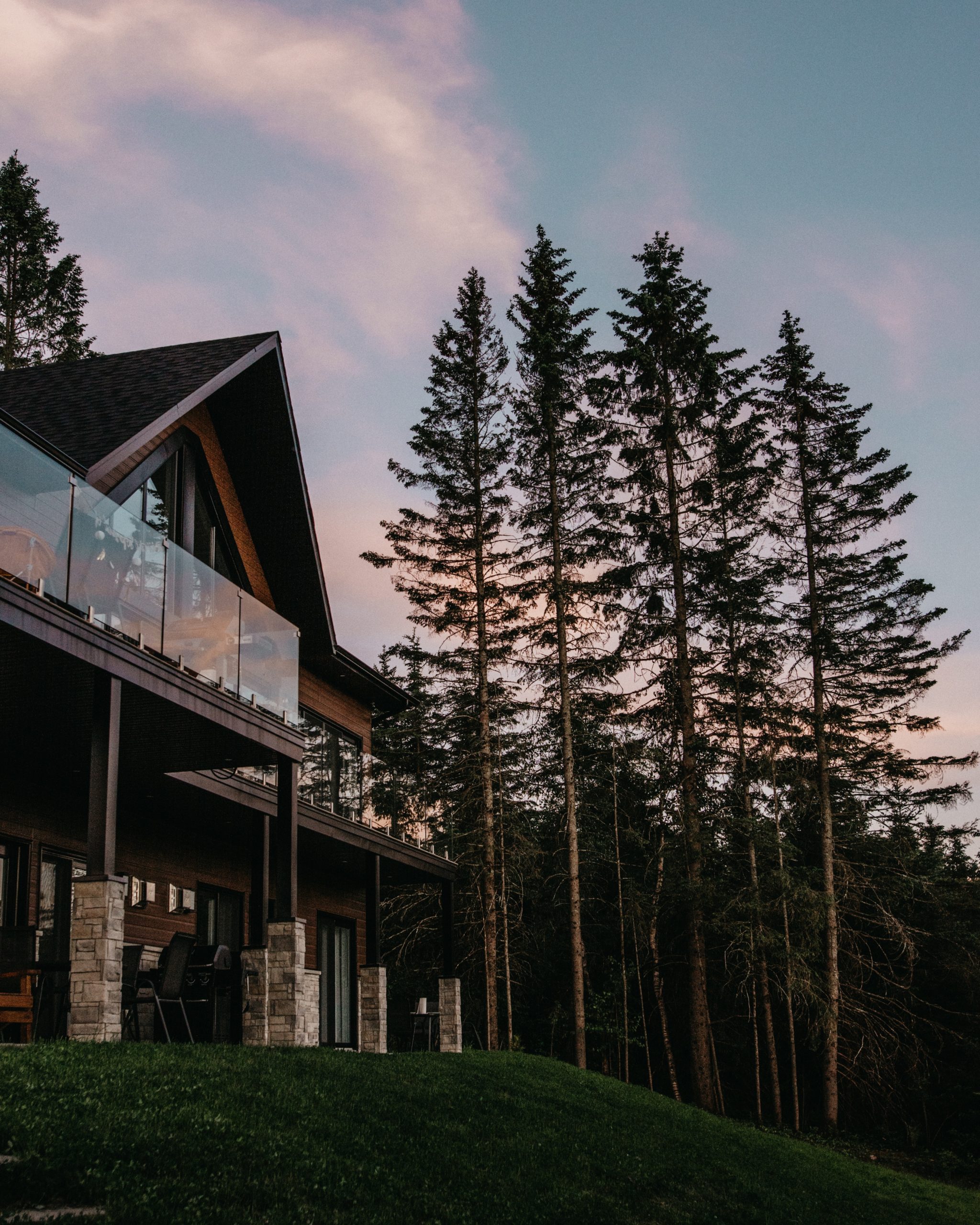 When Utah billionaire Ryan Smith bought the Utah Jazz for $1.6 billion several months ago, the transaction ended the 35-year reign of the Miller family’s ownership of the professional basketball team.

On the surface, it looks like another billion dollar transaction. But Smith’s big outlay underscores a dynamic shift that’s occurring throughout Utah. He’s part of a new generation of young tech wealth in the state, and the Miller family has long been billion dollar royalty.

“It’s a changing of the guard,” says David Stringfellow, chief economist for the Utah State Auditor. “There are new people in the mix. What will they do with all this wealth?”

Utahns are getting rich

Smith made his fortunes when he, his brother, and father sold their Provo tech company Qualtrics to SAP for $8 billion cash in 2018. Since then, Utah entrepreneurs have experienced a historic number of billion-dollar exits or IPOs. In just 2020 alone, Utah saw more than $30 billion in exits, mergers, acquisitions, or a mix, including:

·  Finicity, which sold for $1 billion

·  Instructure, which sold for $2 billion

·  Instructure, which sold for $2 billion

Those deals have created a heck of a lot of personal wealth in the state—and Smith is among the richest. Utah now has an estimated 71,613 millionaires, or about 7.06 percent of the population, ranking the state 16th in the nation behind, according to Kiplinger data. That percentage is higher than the national average of 6.71 percent of US households who claim millionaire status.

The wealth is not necessarily due only to these kinds of billion-dollar one-off deals. Utahns have joined the ranks of millionaires thanks to 1,500 IT firms that generate revenues of $10 billion or more a year and employ more than 35,000 people, says Stringfellow.

Big Utah money is not an anomaly. The state has claimed Jon Huntsman, who earned his billions in specialty chemicals, became Nixon’s White House staff secretary and subsequently gave away $1.5 billion to cancer research, university programs, and aid to Armenia before his death in 2018. The Sorenson family fortune also flourished after entrepreneur James Sorenson sold Sorenson Research to Abbott Labs in 1980 for stock. Twenty-seven years later, that deal became worth $2.7 billion, and he went on to donate generously to youth organizations, the YMCA, and children’s healthcare.

The Miller family—which bought the Utah Jazz in the 1980s for $22 million—has long been the wealthiest in Utah, thanks to 50 car dealerships, a movie theater chain, and the Jazz. They too have been philanthropic: donating to nonprofit children’s hospitals, helping the homeless, building the $7 million Larry H. Miller Field, and contributing to electoral reform.

And they’re investing in their communities

Like generations past, today’s nouveau riche are not necessarily cashing out and sitting back and entertaining themselves with piles of money. They’re not leaving to build mansions elsewhere, either. For the most part, they’re staying put in their communities and reinvesting in the people around them, building on the vibrancy of the so-called Silicon Slopes, or the statewide tech corridor spanning from Logan to St. George.

Take, for instance, the city of Orem. Its sales tax revenue has climbed 30 percent in the past seven years.
Without raising taxes, the city has invested in five city parks, bought million-dollar fire engines, undertaken water, light rail and roads projects, financed a $500 million mall renovation, built new trails, and started a recreation center renovation among other projects. The city also landed number one in job growth (28 percent increase over five years) and wage growth (58 percent increase) on the Milken Institute’s list of Best-Performing Cities of 2021.

In the 1970s, Orem was a huge exporter of cherries and apples and then a steel mill town.  Today, it’s all about the tech economy, as it has been home to some of the state’s biggest tech success stories: Qualtrics, Adobe, Ancestry, Vivint, Canopy, Bamboo HR, Weave, and Podium.

“You can feel the change,” says Orem Mayor Richard F. Brunst, Jr.  “You now see Ferraris, Bentleys, Mercedes, and Lamborghinis driving around town. That’s a change from when you used to only see old minivans and station wagons.”

Many of Orem’s new billionaires still live in their existing neighborhoods and enjoy the same simple pleasures of their communities, like a soccer game or a bike ride, Brunst says.

In Park City, not much has changed for Zach Olson after selling his small business bookkeeping technology, Bookly, to KPMG in 2018. He did, however, splurge and install a skateboard half-pipe at his house for himself and his two boys, ages 8 and 4. “I’m staying grounded,” says Olson.

That’s the case for other Utah millionaires as well. In fact, Utah is the number one most charitable state in the nation, according to an analysis by Wallethub.com. That practice of charitable giving is closely tied to Utah’s culture in the Church of Jesus Christ of Latter-day Saints. At least 60 percent of the state are members and those families tend to tithe 10 percent of their income to the church—which means LDS philanthropies will increasingly be cash-flush and able to support affiliated charities as well as educational institutions.

Other groups are benefiting as well. Utah State University reported a 53 percent jump in giving during fiscal year 2019. And in 2020, philanthropic donations more than doubled at the Community Foundation of Utah— which supports approximately 900 nonprofits. They hit $26 million last year, in the midst of the pandemic, up from $10 million in 2019. The vast majority of those dollars came from individuals and families. And the generosity has ballooned the organization’s assets to an estimated $117 million, up from an estimated $25 million in 2015.

Ian Shelledy, director of the Community Foundation of Utah, says he hopes that Utah executives will consider donating a portion of their company stock to charity prior to any kind of sale or liquidation event, because those private stock donations wind up becoming a richer, more powerful form of giving down the road.

The tech success has also spawned a new generation of angel investors. The state now boasts at least five angel investment groups—up from just one in 2000. Olson, who cashed out with Bookly, is one of those active angels, investing in about 10 such startups, including some that promote reading and financial literacy.

Josh James is another prolific angel investor. The tech entrepreneur sold his tech firm Omniture to Adobe for $1.8 billion in 2009, and then took his second company Domo public in 2018. James has since invested in 24 companies, including some of the state’s biggest success stories like Lucid Software, Cotopaxi, MX Technologies, Coupa Software, Workfront, and Teem.

“The success of firms like Omniture, Galileo, or Qualtrics creates a flywheel effect,” says John Yoon, a vice president at Mercato Partners in Salt Lake City. Successful exits, he says, generate a tidal wave of trained tech workers who know how to work in a hyper-growth environment. It also sheds capital that is reinvested into new companies. People like Smith, James, or Galileo’s founder Clay Wilkes offer the kind of inspiration and confidence to more entrepreneurs to go try startups themselves.

The economic growth that continues to flourish, however, comes with challenges. Homebuilders now struggle to build fast enough for the state’s growing population. And with that demand comes rising home prices. Utah’s median home price for a single-family home in Salt Lake City hit a record $425,000, up 12 percent from 2019, according to the Salt Lake City Board of Realtors.

The influx of millionaires and rising home prices have prompted some caution about a potential wealth gap. But so far, it doesn’t look too worrisome, says Stringfellow, the economist. With a median household income of $85,000 compared to $70,000 in the rest of the country, Utah’s wealth inequality is one of the lowest in the nation, he says.

Rather, Stringfellow expects that the tech industry’s success will breed only more innovation and wealth.  “That’s Utah’s secret sauce is our internal dynamics,” he says. “We’ve got a young, hungry population. There’s a deeper mission to do something with these resources rather than just sell and build a house in Hawaii.”