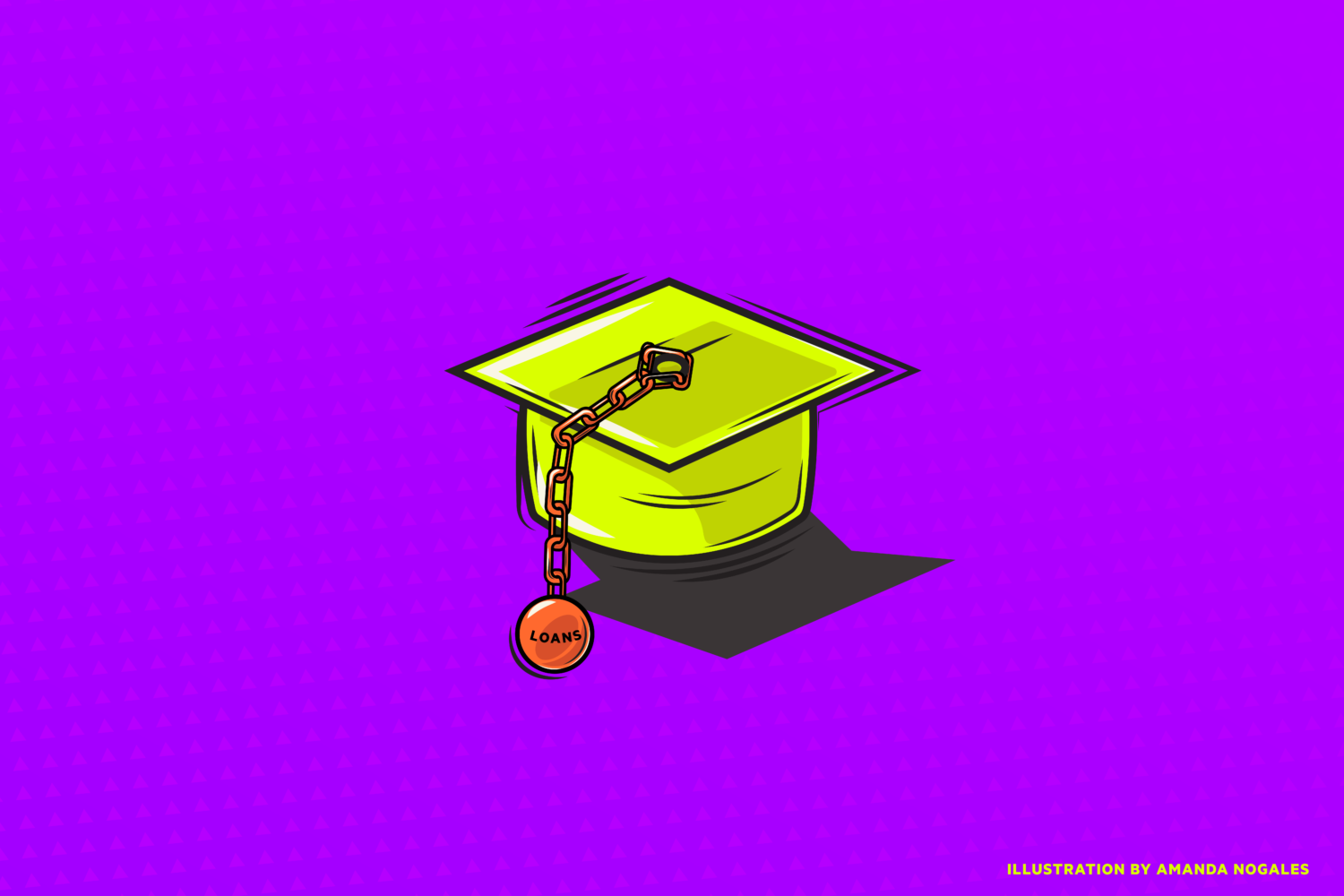 How the student loan forgiveness plan will affect Utahns

With a median household income of $74,197 in 2021 according to the US Census Bureau, Utah is faring well (the national median household income is $70,800). This may be due in part to the bustling Silicon Slopes tech scene, which often provides higher paychecks than many non-tech-related jobs. But for Utah to run as well as it does, there will always be hourly workers, delivery drivers, interns, and grad students—some of whom struggle more than others to pay off their student loan debt.

The Congressional Budget Office (CBO) reports that as of June 30, 43 million borrowers in the US held $1.6 trillion in federal student loan debt. Of the 37 million borrowers who have direct loans with the federal government, 95 percent are eligible for relief under President Joe Biden’s plan, and 45 percent of qualified borrowers will have their entire debt wiped out.

The CBO expects the president’s plan to cancel up to $20,000 in debt for federal student loan borrowers, but not everyone is on board. Some Utah politicians oppose Biden’s plan, a key reason being that the $430 billion will add to the country’s national deficit. Between September and December 2022, the federal student loan repayments will cost the nation $20 billion, the CBO estimated.

“Given the end of the repayment pause, I do not agree that the overall effect of parts 1-3 are inflationary,” says Marshall Steinbaum, an assistant professor of economics at the University of Utah and senior fellow in higher education finance at the Jain Family Institute. “As for whether it foists obligations on other taxpayers, I think that was done already since hundreds of billions of dollars of student lending were originated that were never going to be repaid in any case.”

Steinbaum believes that concerns about the new income-driven repayment (IDR) plan encouraging colleges and universities to increase tuition are correct, but that the student loan program was already doing that. “The correct lesson to draw from this experience is not to pretend everything is fine in higher education,” he says. “Instead, the government should see about regulating higher education to make sure that federal loans aren’t just a blank check for institutions that students end up toiling under pointlessly for the rest of their lives.”

The student debt relief plan is alleged to be “targeted debt relief” for borrowers at the highest risk of delinquencies or default once they have to resume payments. Under the plan, the US Department of Education is providing up to $20,000 in debt cancellation for Pell Grant recipients. Meanwhile, non-Pell Grant recipients can receive up to $10,000 in debt cancellation.

Considering the median household income in Utah and how borrowers are eligible for relief if their individual income is less than $125,00 (or $250,000 for a household), a large number of Utahns will qualify.

“As for whether it foists obligations on other taxpayers, I think that was done already since hundreds of billions of dollars of student lending were originated that were never going to be repaid in any case.”

If you previously thought you didn’t have to repay your Pell Grant, you may not be mistaken. Pell Grants are awarded to undergraduate students based on exceptional financial need, and unlike a loan, Pell Grants do not have to be repaid with limited exceptions.

A student may have to repay a Pell Grant when they withdraw early from the program a grant was given to them for, the student went from full-time enrollment to part-time, they received outside scholarships or grants that reduced their need for the Pell Grant, or they received a TEACH Grant but failed to meet the requirements of their obligation. Pell Grant recipients who do not fit the above categories may not have to repay their Pell Grants.

According to the White House, “For the most vulnerable borrowers, the effects of debt are even more crushing. Nearly one-third of borrowers have debt but no degree, according to an analysis by the Department of Education of a recent cohort of undergraduates. Many of these students could not complete their degree because the cost of attendance was too high. About 16 percent of borrowers are in default—including nearly a third of senior citizens with student debt—which can result in the government garnishing a borrower’s wages or lowering a borrower’s credit score. The student debt burden also falls disproportionately on Black borrowers. Twenty years after first enrolling in school, the typical Black borrower who started college in the 1995-96 school year still owed 95 percent of their original student debt.”

Utahns who are worried about their federal student loan payments resuming in January may wonder if Chapter 7 or 13 bankruptcy is an option. Chapter 7, for example, is reserved for low-income filers and can eliminate all sorts of unsecured debts.

According to the American Bar Association, for bankruptcy cases filed on or after October 17, 2005, “Both federal and private student loans are not dischargeable in bankruptcy unless you can show that your loan payment imposes ‘undue hardship’ on you, your family, and your dependents…Historically, it has been very difficult to meet the requirements under ‘undue hardship,’ with courts generally disfavoring the discharge of student loans.”

In other words, not many Utahns are filing for bankruptcy relief, and the state’s economic status could be a contributing factor.

In August 2022, Utah’s unemployment rate was at a low 2.0 percent, while the national average was 3.7 percent, reported the Department of Workforce Services. This means many Utahns are employed and will soon resume their federal student loan payments.

“This month’s economic data continues to hold strong in the face of national dialogue about inflation and other economic hurdles,” said Mark Knold, chief economist at the Department of Workforce Services, in August. “Both the national and Utah jobs data are robust and show that hiring remains strong. The national unemployment rate moved up a little, but when says rates are as low as they currently are, small upward movements are not viewed as a concern. Utah’s rate remained unchanged at 2.0 percent. This is the fourth straight month that Utah’s unemployment rate has been at 2.0 percent.”