How one organization is getting women involved in the aviation industry

Women make up just 7.3 percent of pilots. The lack of gender diversity applies to other aspects of aviation as well—management, ramp agents, mechanics, and so on. Simply put, young women and girls might not think a career in aviation is an option for them.

Take Joy Appelbaum, for instance. While Appelbaum says she’s lucky to have always had a strong female role model in her mom, but when it came time for her to think about her own career path the only thing she felt she liked was traveling. So, she thought she might become a flight attendant.

However, flight attendants must be 21 years or older since they serve alcohol on flights. Because she had just graduated from high school, Appelbaum opted to become a gate agent for Delta while pursuing a degree in business management, biding her time until she turned 21. She also joined the Utah National Guard, working a human resources position.

Then one day a friend of hers, whose father was a pilot, suggested that as a member of the National Guard and a Delta employee, Appelbaum should just consider becoming a pilot.

“It just clicked for me,” Appelbaum says. “I was just waiting on becoming a flight attendant. I don’t know why—I guess because you don’t see that many female pilots, [the potential career path] just didn’t occur to me.”

A network of likeminded individuals

Appelbaum immediately switched her major from business management to aviation science at Utah Valley University (UVU) and attended her first day of flying class. “I just threw my whole self into it,” she says.

Months before starting her flying classes, Joy had attended a Women in Aviation International meeting and was excited to get involved—only to find that once she arrived the former president had graduated and the club had essentially dissolved. With a fellow female aviation student, Appelbaum restarted the UVU chapter.

“Women in Aviation changed my flight instructing experience entirely,” Appelbaum says. “Not only did it give me an incredible network of female mentors, but it gave me a community of other females in the same spot and flight training.”

The organization also enabled her to pay it forward. “As I progressed through training, new females were coming along and I was able to mentor them.”

With an energy that radiates even through the phone, it’s easy to imagine how Appelbaum took on the enormous task of rebooting the UVU Chapter of Women in Aviation International and helped recruit women to the cause and career path, including her own close friend, Lillian Burns. A senior at UVU, Burns now serves as the vice president of the UVU chapter.

Burns originally attended UVU to pursue a general business management degree, but after a tour of the airport, she decided to pursue the more specific field of aviation management. Still, she swore she would never fly a plane because she didn’t think she could do it.

Then she joined Women in Aviation International and spent time with Appelbaum and Rylee Shepherd, who had also decided to become flight instructors, and began to think about a career in the field a little bit differently.

“[Appelbaum and Shepherd] were so driven and they just had the attitude, like, anybody can fly a plane. Anybody can do it,” Burns says.

Empowering other women in aviation

Burns has since completed most of the training for her private pilot’s license. While she’s still more interested in the business and management side of aviation, the network of other female pilots at UVU allowed her to gain new confidence in herself and her abilities.

“It’s just like an idea in your head that’s like, it’s not meant for you or you could never do it,” Burns says. “But anybody can do it.”

Like Appelbaum, Burns has continued to be bolstered and inspired by Women in Aviation International, which has enabled her to meet and learn from inspirational women in the industry through national conferences. The organization also helps Shepherd and fellow officers to empower younger generations through “Girls in Aviation Day,” an annual event where local chapters visit schools and host events to teach young women and girls about the possibilities in an industry that they might not think is an option for them.

“Marketing and meeting people and just seeing people that are where you want to be one day is super inspirational,” Burns says. “And it just makes you feel like you can do it.” 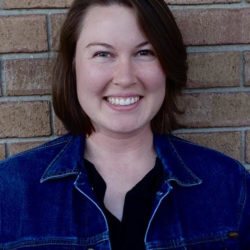