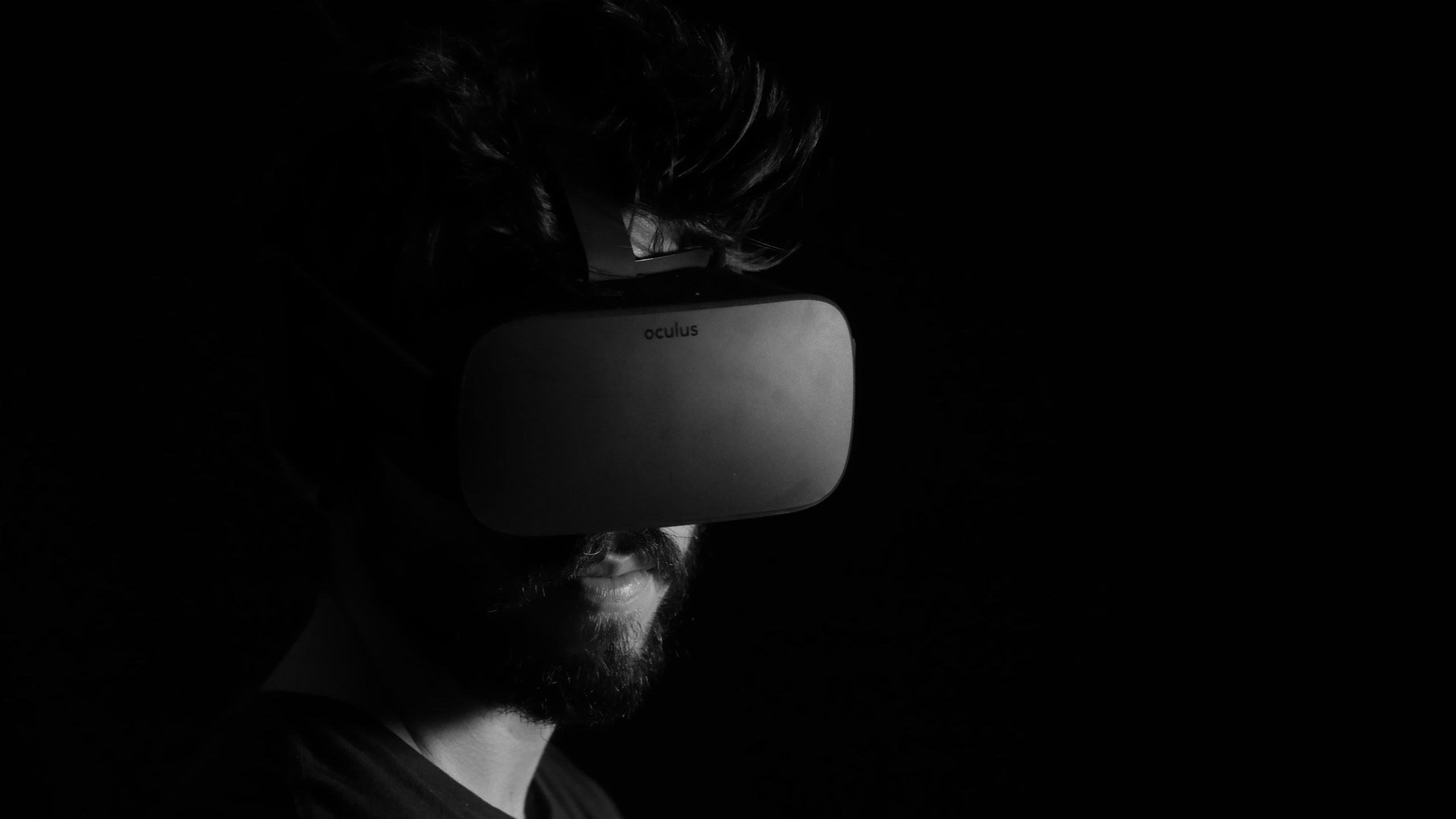 The metaverse from Ready Player One is actually happening

If there’s one thing that Phil Barrett, president of the Utah VR/AR Association knows, it’s that reality technologies like AR, VR, and HR are going to be bigger than the development of the smartphone.

“The tech isn’t quite there yet, but virtual and augmented reality is going to be a substantial tech channel for consumers, and it’s going to [happen] in the next five years,” he says.

By Barrett’s estimations, the industry is going to be worth $21 billion just three years from now, up $3.9 billion from current numbers. The rapid increase, he says, is due to huge advances in technology that allow consumers of all backgrounds to access new reality experiences, as well as an influx of companies working to build out the types of experiences that consumers want.

“Up until just recently, if you wanted to have a good experience you needed a $2,000 gaming computer and a $600 headset just to get started,” Barrett says. But thanks to the addition of the LIDAR sensor―which “maps” rooms for virtual or augmented elements―on the iPhone 12, as well as commercialized VR headsets like the Oculus, reality experiences are more accessible than ever.

As a result, we’re seeing the tech get incorporated into everything from Snapchat filters―a perfect example of augmented reality―to e-commerce shopping experiences, virtual workspaces, and gaming environments.

“Everything will shift,” Barrett says. “Even buying cars is shifting from going to a dealership to buy to buying fully online.” Barrett is referencing experiences like VR car showrooms that allow customers to test out vehicles virtually before purchasing―a good example of how the industry is evolving.

It’s not just car companies adapting to the tech, e-commerce businesses are quickly shifting their websites to meet the demand for trying products “on” online. “[Pokemon Go] made it fun to see augmented reality in the real world,” says Jon Cheney, CEO and founder of SeekXR, which started out as a gaming platform. “And so we decided to make an app that would allow you to go treasure hunting in augmented reality. Hence the name Seek.”

But after the initial buzz began to wear off Cheney shifted his business model once again. “We ended up sunsetting the [treasure hunt] app and became more B2B focused instead. Now, Seek allows brands to put AR functionality directly on their mobile website instead of forcing the user to download some third-party app to access AR.”

His investors questioned the transition―”[They asked] why are you going away from [things like] Pokemon Go? We like Pokemon Go,”―but it ended up being the right decision. “Pokemon Go kind of died as fast as it came,” he says. “ We just knew that [the e-commerce] business model would be better in the long run.”

Cheney was right. Studies show that 83.1 million people throughout the country used AR to shop online or do something else in 2020. “Whether [consumers are] looking at a watch, shoe, or a piece of furniture, they just want to see what an item looks like in their home and in their life when they buy it,” he says.

These kinds of virtual clothing try-ons and car showrooms have been an incredible way to shop during the pandemic―it should come as no surprise that COVID-19 has been a huge driver of innovation in the field. “Within a number of years, probably less than five, you’re going to be able to wear contact lenses and they’ll actually project information about things like how fast you’re driving and what the sale items are at the grocery store,” Barrett says.

Cheney agrees, adding that it might be possible to one day use the glasses to look at someone you’ve just met in person and do a Google search on their background to use as a reference throughout the conversation.

The tech isn’t there yet, but it’s come a lot farther than one might think.

Daniel Platt, director of product and programs for vSpatial, a Provo-based VR company, has always been intrigued by the lifestyle of the “nomadic employee.” For Platt, the ideal workspace would be one where he could connect to his team with limited devices and effort while trekking to the remote corners of the globe. “I wanted to build the thing I use to work [while traveling] the world,” he says.

That’s why Platt and his father Richard, the CEO and founder of vSpatial, worked together to make it happen. Using VR technology, they developed software that allows employees to create expansive virtual workspaces in the spaces around them, whether on a train or in the corner of a tiny apartment. With the software, workers no longer have to take hefty desktop computers or laptops home with them, the software allows users to connect remotely to their computers or other devices with only a VR headset.

Instead of being forced to work wherever a desktop computer delegates, vSpatial allows employees to slip on a virtual reality headset and work with as many monitors as they would like to set up in their virtual workspaces. Once they log off at the end of the day―which in this case is achieved by taking off the headset―the workspace vanishes, taking the clutter of a traditional desk space with it.

Easier too, are virtual meetings. Employees no longer have to appear on a Zoom call with video shown―something that has been shown to exhaust workers and hurt the environment. With vSpatial, employees can join virtual meeting rooms with avatars that look like them. There’s even spatial audio, says Platt, where employees are able to hear which side of the virtual conference room someone is speaking from without any lag, preventing the awkward pauses that have become customary on Zoom.

Platt says the industry is moving at an alarming speed and that the launch of the vSpatial is the perfect example of where the industry is headed. “We launched on the Oculus Rift in October 2017,” says Platt. The Oculus, he says, was one of the first VR headsets on the market, originally to be used as a niche gaming device similar to the Nintendo Switch. At the time, using the headset for something such as remote work was completely unheard of, so the vSpatial app was not permitted to be available for download in the Oculus store.

“It took a lot of convincing to get Oculus to allow apps that were not games,” says Platt. “That’s changed a lot with this push towards remote work and [greater VR capabilities]. Now, Oculus sees this as a huge opportunity to transform VR into something way more than a gaming platform.”

With large companies like Oculus on board and teaming up with companies like vSpatial, users could use their headsets to train surgeons, attend conferences, and enjoy entertainment experiences like the one James Jensen, founder and CEO of JUMP, is building in Silicon Slopes.

Using only a bodysuit and a specialized headset, consumers at JUMP can experience the thrill and excitement of base jumping, without any of the risk for injury.

“I always thought, ‘man I wish I could go base jumping,’ it looked like so much fun,” says Jensen. “We wanted to build JUMP so that your body was in control of the experience, just as it is in reality. The machine [we built] watches everything happening around you. It actually watches you, anticipates your moves, and then makes decisions based off of it.”

The result, Jensen says, is a virtual experience so vivid that it creates real memories as if the experience actually happened. “There’s this combination of visual physical facts as well as visuals, audio, and a whole bunch of other things [that, paired with HR], you can get into this space where you know where you make the reality so real it’s almost captured like a real memory.”

Jensen imagines this is only the beginning. “The industry is really going through its infancy right now. And I hope JUMP really redefines what virtual reality is,”  he says. “Hopefully, [people will see] it’s something bigger than video games or entertainment. There’s a lot coming in the future, we’re literally going to create The Oasis and all of that stuff from Ready Player One.”

Jensen predicts a future where VR, AR, and HR technologies transform countless industries. The field of digital medicine, for one, uses virtual apps such as the one being developed by Akili Interactive―the first FDA-approved video game “prescription” for ADHD in children―to treat cognitive impairments.

“You know, the masses think [these experiences are for] video games and gaming nerds who want to shoot zombies, but it’s really completely different,” says Jensen.

Platt agrees, “It really does give you this power to truly immerse yourself in an entirely different place, just by putting on a headset. The experience is really, really empowering.”