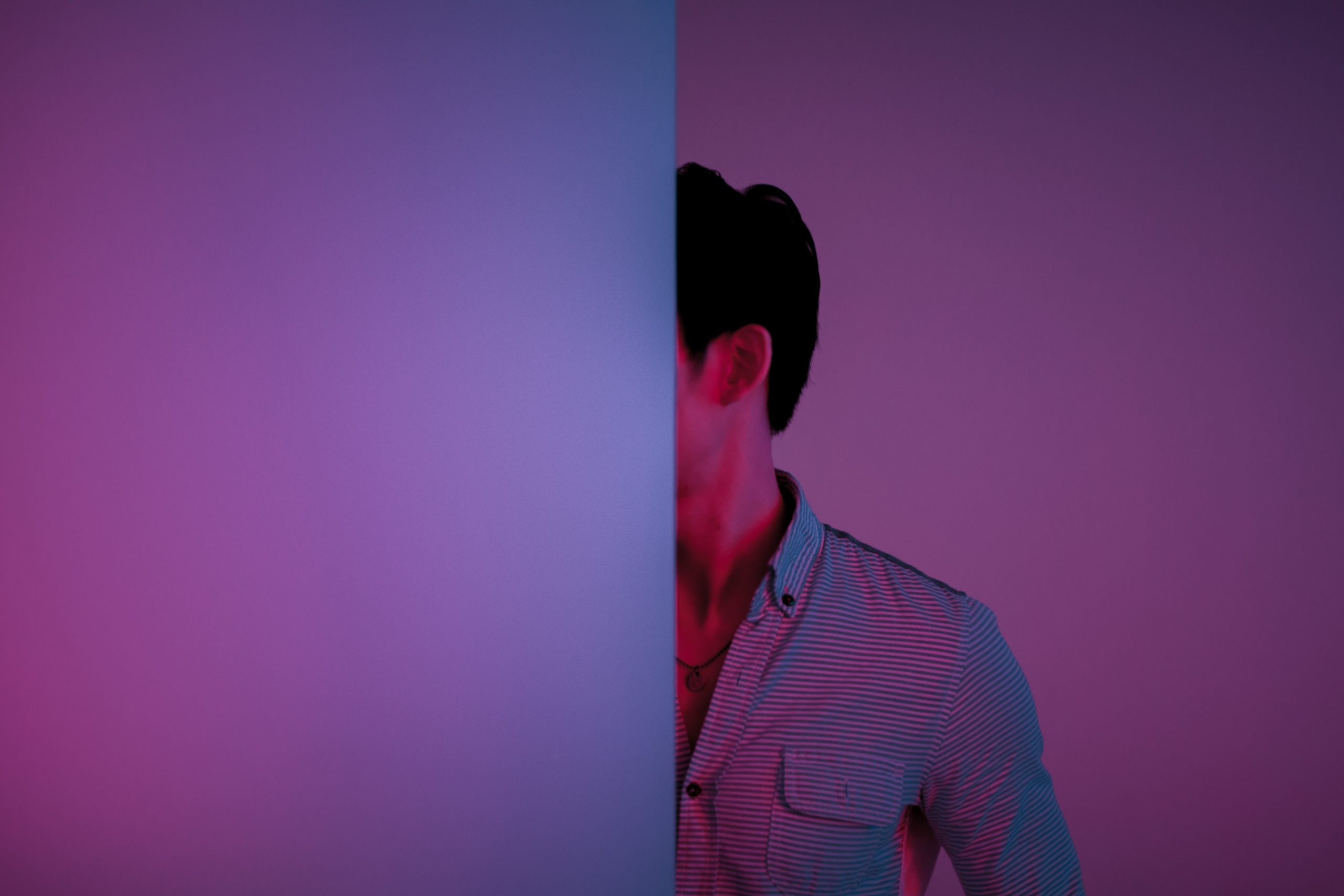 Recent violent racial attacks that led to the murder of six Asian women in Atlanta in March 2021 forced national conversations around racism with an expanded scope on anti-Asian racial violence.

The weekend after the Atlanta shooting, a letter was sent to the homes and businesses of several Asian Americans in the Salt Lake Valley. The letter stated that more Asians would be killed if “they don’t go back to where they came from,” along with other egregious threats.

When Utahns describe our state we tend to talk about the many incredible landscapes, the skiing, the four seasons, the booming tech scene, and how it’s an excellent place for young entrepreneurs to thrive―but as Utah leaders build a more inclusive workplace environment, these incidents cannot be ignored or considered one-offs.

Utah is not exempt from anti-Asian hate; we must stem it at its nascent stage before it balloons out of control. Organizational leaders need to normalize conversations around racism in the workplace and assume that these things are also happening in our own backyards, both subtly and overtly.

Why are these conversations only happening now? Anti-Asian hate is not a new phenomenon. The US once enshrined systemic anti-Asian sentiments through immigration laws that targeted Asians to various degrees.

Those sentiments did not disappear into thin air―they have been around and are getting stronger. The Center for the Study of Hate and Extremism recently reported that hate crimes against Asian Americans have surged by nearly 150 percent in the past year, and this is news to a lot of Americans.

The going perception is that Asian Americans are highly successful and business-savvy and therefore don’t experience racism. This perception is dangerous since anti-Asian hate can go unrecognized and unaddressed in society and in organizations.

Over the last few weeks, the media covered several rallies, campaigns, and activist efforts to stop hate against the Asian American and Pacific Islander (AAPI) communities. But are we doing enough? Are organizations doing enough? We cannot ignore anti-Asian sentiments any longer; organizational leaders must take active steps to identify and act on them.

I once had a conversation with a friend about diversity in the workplace. We both agreed about the disparities and lack of representation in leadership for people of color―but then she mentioned that she does not consider Asian men marginalized, especially in the tech space where they are overrepresented. There are more Asian CEOs, engineers, and programmers when it comes to the representation of people of color, she thought, and who perhaps receive the same privileges as their white counterparts.

This illusion, I learned, has become one of the most common misconceptions about Asian Americans in the workplace and can lead to more bias. Asian Americans are often perceived as hardworking, wealthy, and successful; that they naturally excel at math, science, and technology. You might be thinking, “these are ‘great stereotypes’ to have!” Au contraire, they are incredibly harmful.

While it may be common to see many Asian men in technology, this misconception assumes that because they are there, they cannot possibly face any racial discrimination or violence—see Forbes column on the model minority myth. Research by the Ascend Foundation in 2017 has proven this false. Though Asian Americans are most likely to be hired into high-tech jobs they are the least likely racial group to be promoted in Silicon Valley’s management and executive levels.

When Asian Americans are not considered underrepresented in the workplace, they are left out of diversity programs that are centered around management and leadership, causing barriers toward upward mobility.

This misconception also puts all Asians into one neat category. Asia holds about 60 percent of the world’s population―about 4.6 billion people live there. So many more have roots in Asia. There are so many nationalities, cultures, languages, genders, etc., that “Asia” may well be more diverse―or at least, as diverse―as the rest of the world. It is not enough to see many Asian men in tech; per capita representation quickly shows that Asian men are, indeed, underrepresented. Asian women and non-binary genders end up getting unspoken for due to this halo, but they are in the workforce with their own reality.

The perception that Asians are doing “ok,” are well-represented, and don’t have genuine reasons to complain in the workplace provides the perfect escape for difficult conversations, accountability, and much-needed organizational change. After all, if we don’t see the problem, we don’t need the solution.

Leaders must pay attention to these harmful stereotypes and challenge Asian American diversity programs that only highlight “Asian culture” (what the hell is that anyway?!) and leave out the parts that address an equitable workplace environment. Asian Americans are more than just food, fun, and festivities. Asian cultural celebration days do not minimize racial discrimination; they allow racism to fester when they are done in a silo without the much-needed conversations and action about the safety of Asians in the workplace.

COVID-19 and the virus of racism

The pandemic has been a global stressor not only for health reasons but for professional and personal reasons. With the world still adjusting to the pandemic, Asian Americans have to adjust even more as their colleagues layer on hostility and discrimination as a response to the pandemic. According to the Pew Research Center, 31 percent of Asian Americans reported being the subject of race-based slurs and jokes since the emergence of COVID, and 26 percent feared being the target of a physical attack. About four-in-ten Americans say it is more common for people to express racist views about Asian Americans now than before the pandemic.

Stop AAPI Hate Center, a nonprofit that tracks and respond to incidents of hate, violence, and harassment toward AAPI communities reports that 35 percent of these incidents have occurred in businesses. Xenophobic comments, like referring to COVID as “the China virus” or “the Kung-flu” not only place the blame on Asian Americans as the cause of the pandemic but perpetuates a new (very harmful) stereotype causing more discrimination in the workplace.

Leaders can help mitigate this by making sure their anti-discrimination policies explicitly address this type of bullying. And as low-hanging fruit, organizations can hire outside, trauma-informed, professional facilitators to discuss bystander awareness, Anti-Asian racism, and microaggressions in the workplace, and conduct listening sessions with AAPI employees. Thoughtful discussion sessions are just as important to educate all staff on creating psychologically safe workspaces for their Asian-American colleagues continuously.

Asian American employees are grappling with stereotypes, xenophobia, and the trauma of recent violent hate crimes. Now is the time for organizational leaders to pay attention, provide space for healing, empower employees to create psychologically safe spaces, listen to the needs of their Asian employees, and work to uproot the many racial stereotypes that impact the workplace culture every day.

While organizations across Utah are engaged in anti-racism work, it is crucial that Asian Americans are heard and that the circulating anti-Asian sentiment is acknowledged as part of the dialogue.

*Disclaimer: Although I identify as Asian American, I am South Asian; most of these attacks are directed towards East and Southeast Asian Americans. I do not speak for or on behalf of the Asian American community — I’m merely providing insight as a D&I practitioner. 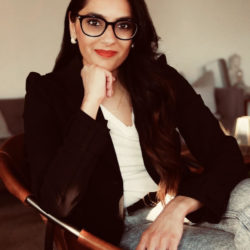 Neelam Chand is the CEO and founder of Shift SLC, a diversity and inclusion consulting firm located in Salt Lake City, Utah. With over a decade of D&I experience, Chand has worked with different industries ranging from higher education to financial services and tech startups to break down systemic barriers and design a more equitable workplace environment. Before establishing her firm, Chand served as SVP, Diversity and Inclusion Officer at Zions Bank. Chand currently serves on various social justice boards and commissions throughout the state of Utah. She has also been a contributor to Forbes, Bloomberg Law, Women, Medium, Utah Bankers Association, and Silicon Slopes, for her expertise around anti-racism, intersectionality, tokenism, microaggressions, and women of color in the workplace.