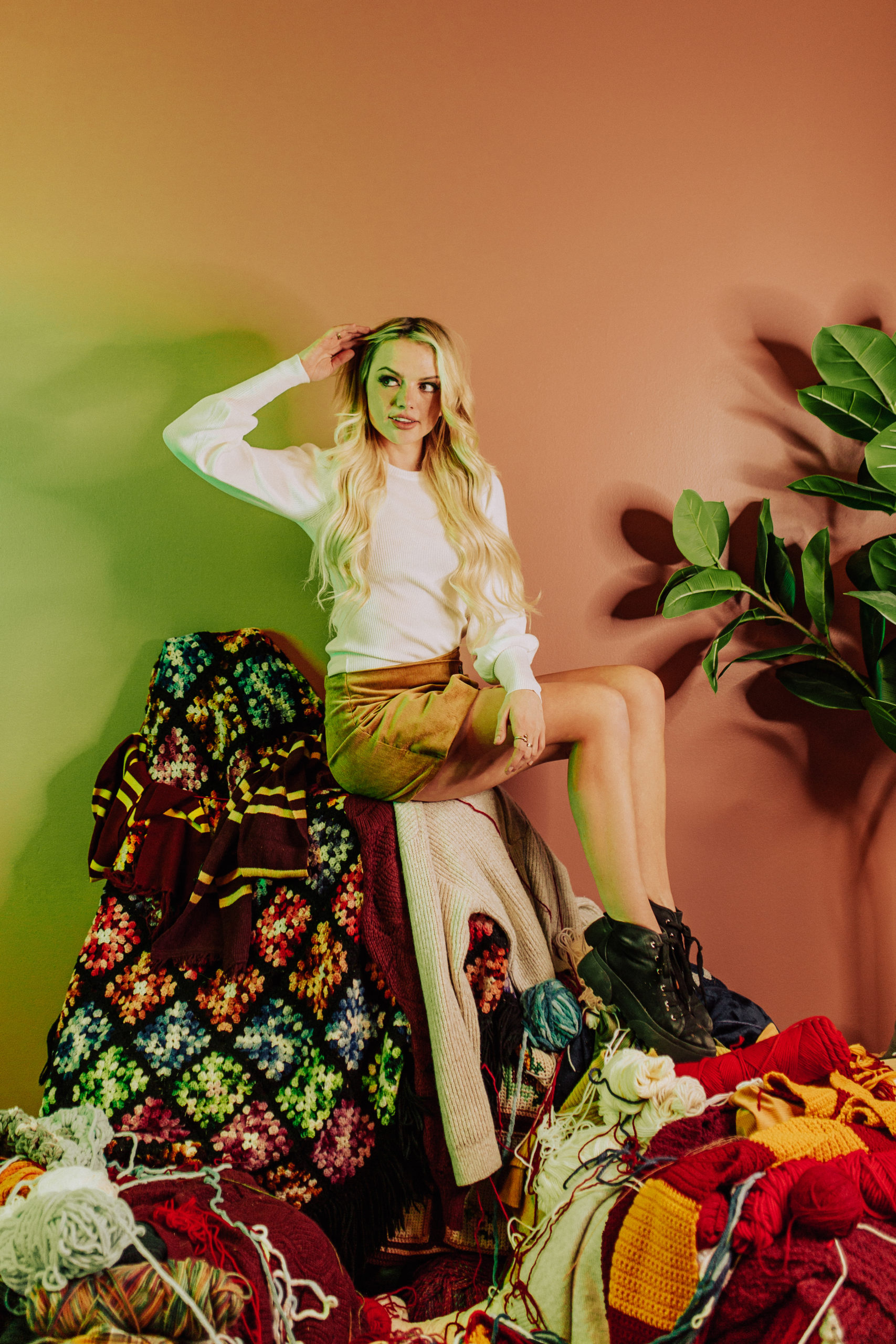 How Archive Sunday turned 5,000 TikTok followers into $1 million in revenue… in one year

Nothing has made me feel the big 3-0 looming on my horizon more than being a millennial on TikTok. Like more than the 100 million people who downloaded the app at the start of quarantine, it was something I used to pass the time. It was what all the kids were doing, and I was in strong denial about the fact that I was no longer one of them with my skinny jeans and side part―TikTok has shown me are signs that I am now, certifiably, Old.

What I expected was videos of lip-syncing and dancing―like the app’s precursor, Musical.ly. But what I found was a collection of content creators making videos about my very specific and very niche interests and using that as a marketing tool for their small businesses.

I found a lot of small businesses on TikTok to satiate my quarantine-induced shopaholic tendencies. Like custom joycons for my Nintendo Switch, Japanese anime stickers for my laptop, and cute gear for my battlestation (otherwise known as my home office). What I didn’t realize was that I wasn’t alone—the pandemic had kickstarted an explosion of growth for small businesses on apps and websites like TikTok.

And one of those businesses is right here in Salt Lake City—in fact, right across the street from my very own apartment.

When I was downloading TikTok at the start of the pandemic, Sasha Sloan was starting her business. “I was just kind of stuck at home in quarantine,” she says. “I was still in school, but I couldn’t go to campus. I couldn’t get a job. And like everybody else, I was just on TikTok all the time.”

What started as a way to make some money and kill some time in quarantine quickly became an overnight sensation.

Her business was simple—buying old Star Wars T-shirts from the thrift store, bleach dying them, and reselling them on Etsy. Coming from a family who had made their living off of recycled fashion, like her siblings’ company Uptown Cheapskate or her mother’s company Kid to Kid, it was an easy model to follow, but one she did all on her own.

With only 5,000 TikTok followers and 50 bleach-dyed Star Wars T-shirts, Sloan put up a video showcasing her product and went to bed. When she woke up the next day, her entire Etsy collection had sold out. “That was the first moment that I was like, hold on, do we have something special here? And then I did it again.”

For the first two months, that’s how it went. Waking up at 6:00 AM, buying shirts, bleaching them, photographing them, and then listing them. “I couldn’t do it fast enough,” she says.

Sloan launched her business, Archive Sunday, with bleach-dyed T-shirts on TikTok on July 7th, 2020. By August, she’d launched her second product: collage walls. One hundred days in, the business hit $100,000 in sales. By the five-month mark, Sloan’s account reached one million followers. Now the business is projected to make a million dollars in sales in 2021.

A new social media for a new way of marketing

What makes Sloan’s business unique is that it goes beyond traditional methods because the products she sells draw on existing fanbases, like Star Wars and Harry Potter. In fact, I discovered her months ago because she posted a video from my own favorite fandom, Sailor Moon.

“The [TikTok] algorithm sorted me very quickly into fandom. Star Wars, Harry Potter, all that kind of stuff. And I was just watching and seeing how easy it is to go viral,” says Sloan. She’s right. It is easy to go viral on TikTok, especially if you know what you’re doing.

The algorithm sorts users into social circles that share interests—or liked hashtags. When a video is uploaded, the algorithm shows it to a small subset of people. And when they like that video, it shares it with users who may have similar interests. And if they like it, it creates a positive feedback loop that, if it happens enough times, causes the video to go viral. Unlike platforms like Twitter or Facebook, you don’t have to be following the video creator to find their content.

And though it sounds lucky, Sloan says her success was about more than luck, “Everything that’s happened on TikTok is not by accident. I am very strategic, very calculating in what I post,” she explains. “That’s something that I think is the most common and frustrating misconception to me is that I am a blonde girl. I’m a pageant girl. I know how to do my makeup. And I will get the critique that everything I have only came to me because of the way I look. And I just hate it, because I don’t think people realize I’ve been working in the social media world and studying algorithms since I was about 18.”

Sloan has worked in social media since she ran the verified social accounts for her family’s businesses as a teenager. Recently, she even ran social media for John Huntsman’s campaign for governor as part of her capstone internship, managing million-dollar ad spends. And in her experience, she can confirm that marketing on TikTok is very different from Instagram, Facebook, or Pinterest.

“[TikTok] has created this liberation in social media where, number one, you can make whatever you want because you’re speaking to an audience that really gets you and has your same interests. And number two, it is a meritocracy. On Instagram, celebrities are often the most-followed and your followers decide how much [your content] gets liked. Whereas on TikTok, the algorithm does not care if you have a million followers or if you have ten. The only question is, is this a good piece of content?”

Creative advertising for a creative generation

TikTok is changing the game―and it’s changing the way we sell products. It’s not about paid advertising, because you can scroll right past the ads. You can’t target an ad to Gen Z the same way you can target a Boomer on Facebook. And according to Wallaroo Media, 60 percent of TikTok users belong to Gen Z, who’ve spent their whole lives on social media and are able to tell what’s an ad and what’s actual content. So if you want a TikTok user to watch your ad, you have to make it content they want to watch.

The creative projects and fictional characters she’s talking about tie back into her Noble House of Black series, which is a fan-created, live-action series of TikTok videos about three sisters from Harry Potter: Bellatrix, Andromeda, and Narcissa Black (played by Sloan herself). The series tells the story of these sisters in a visual form of fan fiction, wearing Archive Sunday’s clothes and using their accessories which, if fans like enough, they can follow through Sloan’s TikTok profile to the Archive Sunday store.

What makes the series so engaging is that they’re featuring characters the very large and very vocal Harry Potter fandom is already familiar with. But while these characters exist in the Harry Potter franchise, much of their story is left untold. Which leaves it to the interpretation of fanon—a collection of concepts and ideas that are used in most fan fiction, but don’t really exist in the real story’s canon. And that’s where the Noble House of Black steps in to fill in the story.

“We are representing the aesthetic of fandom, which is not exactly the same thing as representing the original piece of art or work,” explains Sloan, who is very careful to circumnavigate her business around copyright issues. “We’re not copying and pasting the original piece of art. We’re using that art as a launching pad and an expansionary work to create something [new].”

The business of fandom, and namely fan fiction, is growing. Comic conventions like Salt Lake’s FanX grow bigger every year. The most well-recognized fan fiction website, Archive of our Own (AO3), even celebrated their 7 millionth fan fiction upload in 2020. Fan culture is a booming and underserved market, which has exploded even further with the stay-at-home orders of the 2020 pandemic. And Archive Sunday is capitalizing on it.

The untapped market of grown fans, particularly young women, is what Sloan attributes to her success. “I wanted to create a brand for that girl who is a millennial or a Gen Z or who loves their fandom stuff, is confident, put together, and is still a cool, popular, fun person that you’d want to hang out with.” For the girl that shops at Target, who wants the $200 merch from Disneyland but can only afford the sale at Hot Topic. For the fan who wants to rep their Hogwarts house while also being office-appropriate.

And Sloan is using her platform not only for marketing but as a tool for empowerment. “Generally in society, women are made fun of for their interests,” she says. “And I think that a lot of young women, in particular, need and desire the ability to look up to other women that have the same interest and are completely confident and passionate about it.”

And as a grown fan myself, I wholeheartedly agree with her. According to a census survey of 10,005 AO3 users, 80 percent of fan fiction readers and creators identified as female, with less than five percent identifying as male. But how many of these women hide behind online aliases and compartmentalize their fandoms from their real lives?

The answer to that question remains unseen, but Sloan is taking the steps to embrace her nerdiness as the girl who reads too much―and turning that into, not only a business, but a positive role model for young women.

“When people message me to tell me why they follow me, it’s usually young women who [say], ‘I’m getting bullied in school and everyone thinks that I’m weird. I like all this stuff. I’m so passionate about my books and things. And I don’t really see any representation for that.”

So she’s filling the gap. Embracing her inner geek and using that to connect with other fans, she’s been able to build a business practically overnight. There’s a market here that’s ripe for the picking and desperate for content. Like Sloan, you don’t need to spend a dime on marketing. You just need to be a little creative and jump in the game while it’s still hot. 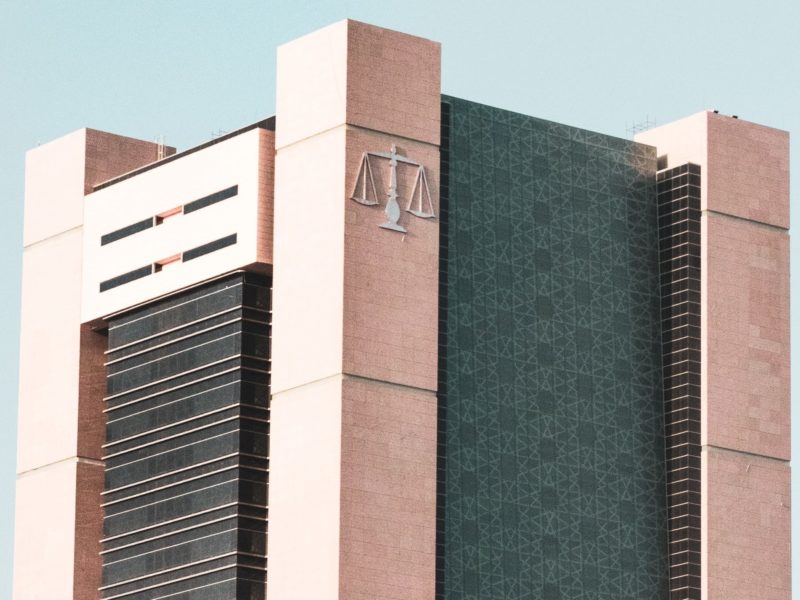