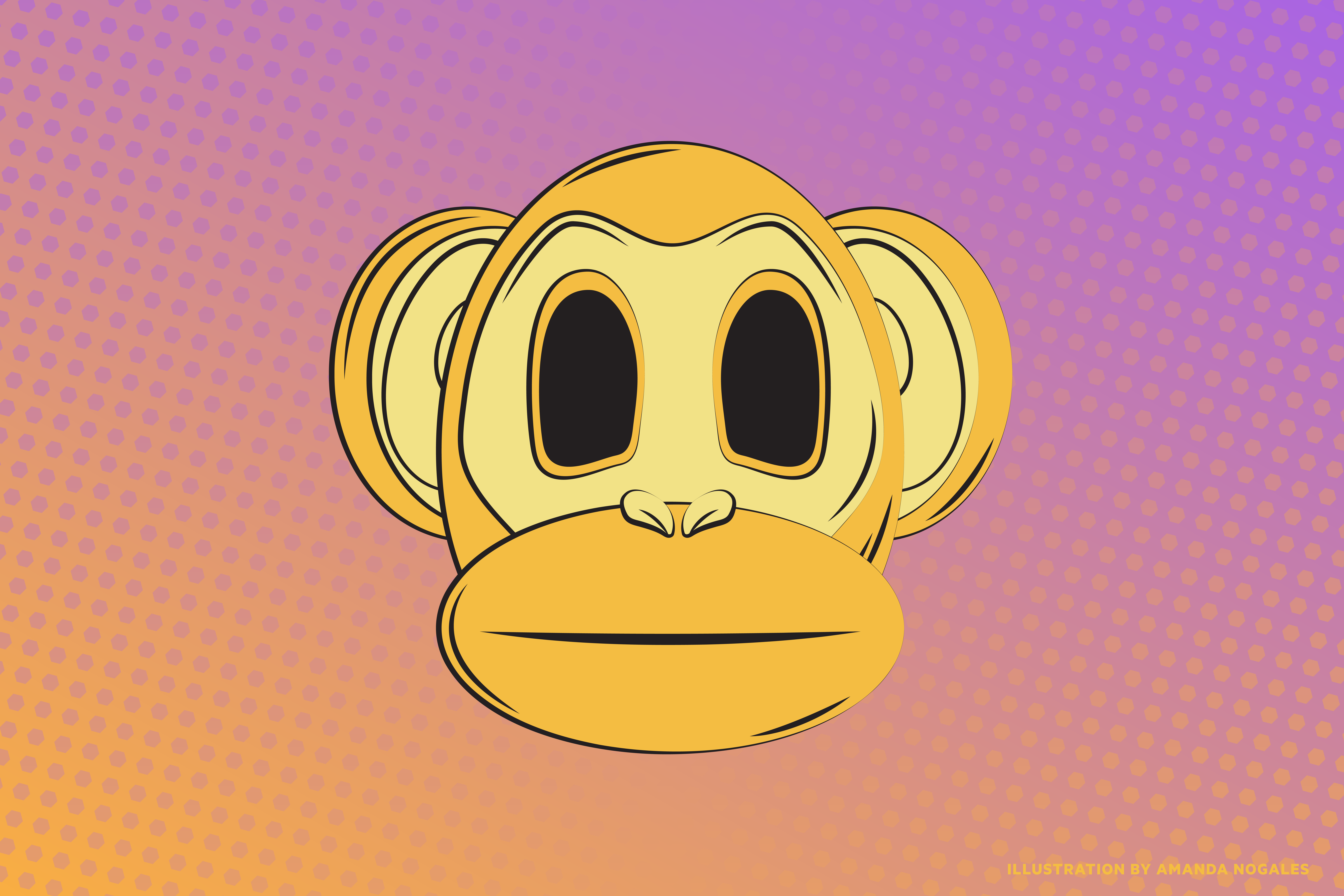 If you follow along with the NFT space, you know digital apes are all the rage.

The Bored Ape Yacht Club, featuring cartoon photos of disinterested apes, are one of the most recognizable NFT projects out there, spawning spin-off projects like Mutant Ape Yacht Club, Bored Ape Kennel Club, and the Bored Ape Chemistry Club, all of which are among the top projects on OpenSea’s NFT marketplace. Now, another is rising up the charts.

Drawn by Salt Lake City artist Marcus Hadlock—known online as Haddy The Creator—the project features a collection of 8,888 NFTs called the Apocalyptic Apes. As of the afternoon of Dec. 31, about two weeks after their first public sale, Apocalyptic Apes were 18th on the list of top NFTs on OpenSea over the last seven days. Through Dec. 27, the project traded at 694.37 ETH (over $2.8 million) with a floor price of 0.6 ETH for one ape drawing (roughly $2,460).

Apocalyptic Apes are profile photos that holders can use, but the developers of the project, including Hadlock and the project founder—whose identity is not revealed, but is known as Fity.Eth—have more in mind. They’re planning to give away an ape from the official Mutant Ape Yacht Club, bring Apocalyptic Apes to life in the Metaverse, and make donations to a number of nonprofit causes centered around saving the planet and wildlife.

They’ll also be starting production on a project called Apocalyptic Female Apes and a set of Generation 2022 NFTs called “The Endangered,” which Hadlock is excited about, as it will be an original project, not a derivative project of a previous project. “Honestly, I feel a little bit dirty drawing a derivative project. Even though I’m putting a lot of personality in them and making it my own art, my own style, it’s still a Bored Ape derivative,” he said. “Part of me feels like it’s cheating a little bit.”

That new project will include drawings of endangered animal species and early concept art shows drawings of a gorilla and a panda bear with what Hadlock describes as “the same kind of style [as Apocalyptic Apes] as far as like the edgy warrior animal type thing.” Each minted Apocalyptic Female Ape will generate a donation to Golden State Hemp and a portion of every secondary market sale will be added to a DAO and the community will then decide which charity the money will be donated to. Donations will also be made to zoos that aid in the fight against extinction, the Apocalyptic Apes website says.

For a project like Apocalyptic Apes, Hadlock draws 10 completely unique apes, then 300 unique elements that are used to generate the 8,888 different drawings that each have their own distinct combination of features. Hadlock is working on those projects now on the side of his full-time job—which he describes as a standard cubicle and desk job—but drawing has always been a passion for him, and like many other people who have gotten involved in NFTs, he sees it as a way for artists to be recognized.

“I mean, I’m just a passionate creative. I’ve always looked for some sort of outlet and for me, this is just such an awesome and exciting opportunity,” he says. “Because I do see that there’s this potential for artists and I hope it’s something that works out for artists and it makes it something that’s not frowned upon.”

NFTs are still a relatively new concept, and they’re just beginning to come into the mainstream. “I heard people talking about NFTs and how awesome they are for artists and making sure that they get money and get the recognition they deserve,” he says. “So I started looking into it.”

Hadlock bought his first NFT, a Winter Bear, for about $300. Soon, he had sold the cartoon bear photo for about $2,500, he says. Since then, he’s bought into some cool projects and even been burned a few times, but he sees a big future for NFTs. “When I was growing up, I collected all sorts of different cards. I collected Jurassic Park cards… we played Magic: the Gathering for a while… A lot of those held different values at different times, but there were a few that definitely have withstood time and are still worth a lot.

“For example: if you have some genuine Magic: the Gathering cards, you have some good money there. Like the Black Lotus, they’re probably the equivalent of a Bored Ape Yacht Club or a CryptoPunk. In today’s market, most of those are pretty much valueless, and I see that most of these collections coming out are going to be the same. The only ones that are really going to be sustainable and hold value long-term are the ones that do cool things to stand out and to continue to develop and build a brand.”

He compares investing in NFTs now to investing in a startup. The NFT profile photo you get is just part of what you get. “It’s an interesting concept because at the very, very beginning, it was just just a profile picture. A lot of people see people buying these and think that it’s completely silly to buy a profile picture for hundreds of dollars, sometimes tens of thousands or hundreds of thousands for like a Bored Ape… But if you look at it like investing in a startup–if the company does really well, the value will skyrocket, and you’re basically a shareholder. I think that puts it into a more realistic perspective.”

The Apocalyptic Female Apes’ launch is planned for February or March, and if the original series’ drop is any indication, that likely won’t be the last time you hear from Hadlock and the folks behind Apocalyptic Apes.