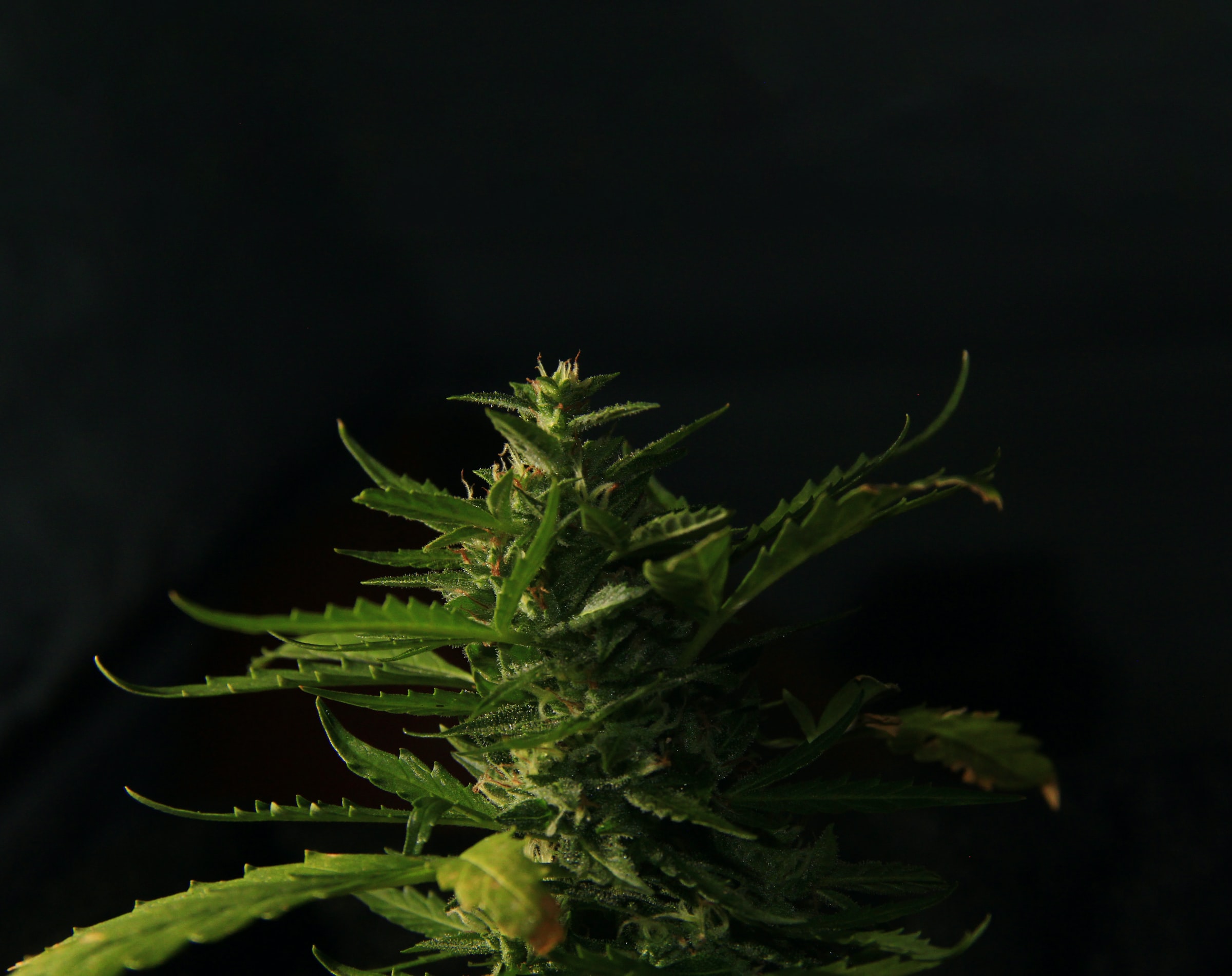 A brief history of cannabis

The species cannabis sativa has been cultivated around the world for 12,000+ years and is considered to be one of the very first plants grown by humanity. It’s a plant that intersects with more industries and cultures than any other on the planet and has been used throughout human history for clothing, paper, food, and medicine, among other things. In fact, the oldest evidence of the cannabis industry is an 8,000-year-old piece of hemp cloth.

Cannabis was introduced to the western hemisphere in the 16th century through the slave trade on ships outfitted with sails, rope, and netting made from hemp. In an era when power on the seas was a strategic necessity, saltwater-resistant hemp fiber was a crucial resource and all major maritime powers depended on a healthy harvest to maintain their fleets.

Not only has cannabis been an integral part of civilization for millennia, it has also been an essential part of American history from the start of colonization—the sails and rope that propelled Cristopher Columbus to the Americas were made of hemp, and he carried cannabis seeds to plant and feed his men once he arrived.

Later, hemp was considered an essential commodity with early colonialists (including George Washington and Thomas Jefferson) considering it a patriotic duty to grow. The first several drafts of the Declaration of Independence were written on hemp paper, the first American flag was made from hemp fabric, and Henry Ford even made an early automobile prototype using hemp.

For those unfamiliar with the term, hemp is a word primarily used  to talk about cannabis when used for its fiber in fabric, rope, or paper. In America, cannabis is legally considered hemp when it has less than 0.3 percent THC. (When cannabis is grown for grain or fiber it contains fewer of the THC molecules).

Cannabis in its many forms has been around for so long, and has had so many names, both formal and slang, that the lexicon can be confusing. Martin Lee, in his book Smoke Signals writes: “It has been said that language reflects the soul of a people, Eskimos have dozens of words for snowflakes―underscoring the centrality of snow in Inuit culture. So too with cannabis nomenclature, the versatile herb has generated an abundance of terms in many languages.”

Slang words for cannabis in English include: grass, reefer, tea, pot, sensi, dope, weed, bud, skunk, blunt, cowboy tobacco, hippy lettuce, spliff, and Mary Jane, among many others. But scientists in the 18th century gave it two distinct, Latin species names (Cannabis sativa and Cannabis indica) which leads to confusion about strains to this day. And a great many people want to know if cannabis is the same thing as marijuana, which was a Spanish word for cannabis used during the early 20th century.

When the government sought to tax the hemp industry in the 1930s and to designate who could and who could not cultivate cannabis, they used the exotic-sounding word as a propaganda tool to frighten farmers who would otherwise likely have objected, turning marijuana into an outsized, race-based American myth. As such, the name marijuana has no concrete definition and, these days, tends to be a catchall term for cannabis that has more than 0.3 percent THC, and thus does not qualify as hemp.

When cannabis contains above 0.3 percent THC, it is typically grown and extracted for its therapeutical properties and in medicine. In this case, it’s not the fibers that come into play, but the biomolecules such as THC and CBD. These molecules are made by resinous glands on the outside of the cannabis plant called trichomes, and they make compounds known as cannabinoids. Cannabinoids are defined by their ability to interact with receptors in the endocannabinoid system, which regulates human health and homeostasis. THC is the only cannabinoid that has noticeable psychoactive effects, and so its presence is used to differentiate between categories of cannabis.

This ‘rope and dope’, ‘fiber and flower’ paradox that currently dictates the plant’s legal status and journey through the supply chain has created inconsistencies in state and federal legislation, and has disconnected potential distribution channels all across the country―and it’s an issue that only gets more complex  the deeper we look.

The duality of cannabis is apparent everywhere: it can delink habits in the mind, but excessive and chronic use can also be habituating. Cannabis is bimodal, acting on the central nervous system as well as the peripheral nervous system―a unique and interesting combination. Cannabis has bi-phasic properties, acting as a stimulant or a sedative dependent on dosage amounts.

Today, cannabis is currently recognized as both ancient and innovative, and is simultaneously legal and illegal in states such as Utah that have adopted legal cannabis laws.

Support for legalization is now one of the fastest evolving bipartisan social issues in the US. According to the Pew Research Center, 67 percent (more than two-thirds) of Americans support some form of legalization. Currently, 36 states plus the District of Columbia (DC) have legalized cannabis for medical use and 15 states plus D.C. have legalized it for adult-use. Those numbers bring the total population of US residents living in a state with legalized or adult-use cannabis to 235 million, or 71 percent of the population.

While cannabis (even hemp, due to misinformation) has developed a reputation as an illicit drug over years of prohibition, new research and clinical studies are quickly changing how and why people use the plant. For many, it offers relief from chronic pain, debilitating seizures, and digestive issues; relief that may have been unavailable through other forms of medication.

Cannabis helps mitigate chronic pain (whereas opioids are only proven effective against acute pain, despite how they’re prescribed and used), and also helps patients with opioid withdrawal symptoms. Opioid addiction and death is a huge problem in Utah, and cannabis will be an integral part of the solution. (Data on states and counties with access to medical cannabis show a decrease in opioid deaths of over 20 percent within the first year of legalization).

The Church of Jesus Christ of Latter-day Saints, while opposing the use of cannabis for non-medical purposes, now approves of it for medicinal purposes when determined necessary by a legitimate provider. For some in Utah, it may seem as if the production, distribution, and sale of cannabis flipped from a major felony to “essential business” overnight. In the grand scheme of things, it has.

And the one factor catapulting the cannabis industry in 2020, solidifying its role as the investment opportunity of a generation, was the COVID-19 pandemic. During the economic disruptions caused by COVID in 2020, cannabis sales surged and are estimated to surpass $20 billion for the year. In fact, with the majority of regulated states declaring cannabis as “essential” during the COVID lockdown, businesses have witnessed an increase in legal cannabis sales of 40 percent over Q2 2019.

In addition, average patient spending skyrocketed during Q2 and Q3 of 2020, with a per capita spending increase of 1.3x and 1.4x their respective periods in 2019. As a result, states have seen substantial spikes in cannabis revenues. The accelerated growth caused by the pandemic has not only triggered higher sales, but also increased patient participation in medical-only markets. In Q2 of 2020 medical markets saw surging patient counts, particularly in states that provided lower barriers of entry and more accessible markets.

From an industry standpoint, democratic control of both the legislative and executive branches represents a timely opportunity for cannabis reform. The industry will most likely operate with confidence that compliant state operators will not face federal sanctions―a signal which makes industry growth for the next four years less risky, and protects the local, intrastate markets. Despite this, other urgent legislative priorities are at the forefront of domestic policy, making it unlikely that any sweeping federal cannabis legislation will take place in 2021.

As the FDA and DEA become more educated on the nature of cannabis, the hemp/CBD supply chain, and the complexities of the cannabinoid extraction process, they will be forced to deliberate on how to regulate hemp/CBD in the processing phase when the THC levels are around 3 percent―far above the legal limit according to all state and federal legislation. This is an inescapable part of the extraction process and not one that will likely be overcome by stop-gap solutions.

Given the gridlock in Washington, DC there is little likelihood of allowances for product in this “hot” stage, and the most legally-viable path forward seems to be tightened regulations and increased barriers of entry across the board, signaling continued consolidation within the industry.

However, to reach its full economic and societal potential, legislators must look at cannabis through a longer lens to focus on the plant as a whole rather than as a kaleidoscope of end-uses. It will be up to the states to draft and implement responsible cannabis legislation that promotes local supply chains, supports small businesses, and provides a clear path to the consumer (or patient) through a profitable, regulatory framework.

Until a federal ruling by the FDA on CBD is made, larger, publicly owned, enterprise businesses will remain on the sidelines since they are still barred from interstate commerce. This means that if the state takes it upon themselves to create a protected, insular market, it will grant SMBs a much-needed first-mover status―stimulating local economies, creating job-growth, and keeping Utah companies competitive as the nation moves towards an appropriate regulatory scheme and the rapid commoditization of hemp/CBD and cannabis products. 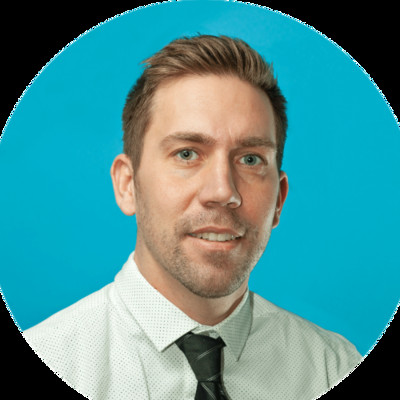 Dashiel Kulander is the co-founder and CEO of the Boojum Group.