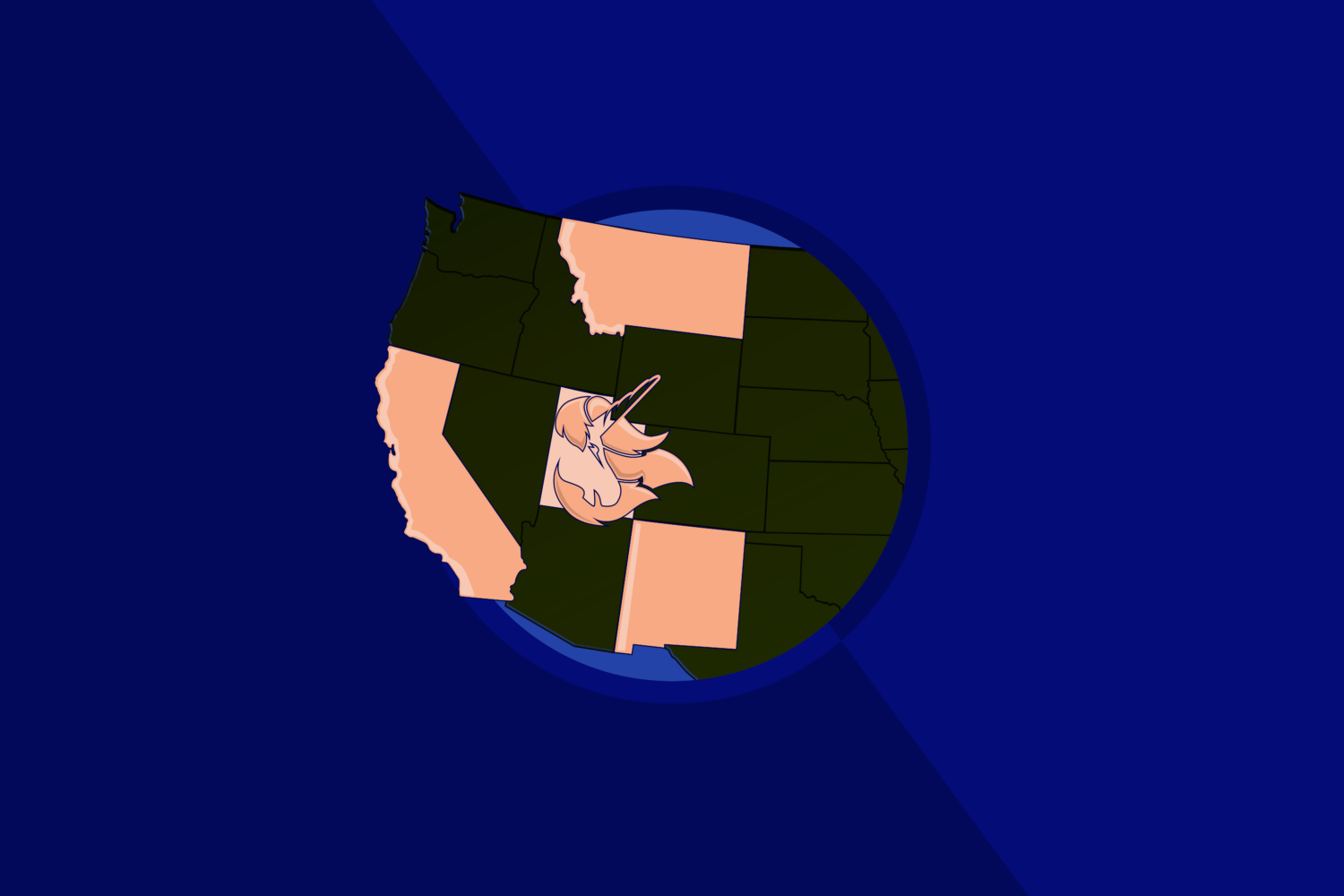 Utah has more unicorns than any other state. Why?

If you want to launch a unicorn startup, this is the place.

That’s not bias talking—it’s research conducted by Ilya Strebulaev, a professor and researcher at Stanford University Graduate School of Business. According to his study published by the university, the national average is one unicorn startup in every 101 companies. But in Utah? One of every 61 venture capital-backed companies becomes a unicorn.

“If you started in any of the 50 states, you’d have the highest chance of launching a unicorn in Utah,” Strebulaev says.

Strebuleav started collecting data on the venture capital industry in the 1990s. In the years since, he’s published multiple articles on risk, decision-making, capital structure, and more.

Many of the research questions his team tackles, Strebulaev says, come from students in his lectures. This time, he addressed one that came up often: “Where should I start my company?”

“We could answer that question using distribution, how many unicorns there are per state,” he says. “But that doesn’t offer much new information. Nothing compares to California’s numbers,” he says. “Of course, there are many successful startups—including unicorns—and venture capital firms in California. That is to be expected.”

Instead, Strebulaev’s team decided to look at the bigger picture. He and his team spent the last year collecting a random sample of companies, matching unicorns in the US with randomly selected companies that met two conditions: they must have received VC funding in the same year as the unicorn and be US based. Through this methodology, they were able to identify probabilities.

“The more interesting answer comes when studying the probability factor in relation to geography,” Strebulaev says. “And when we looked at the likelihood of a company becoming a unicorn, California was no longer in first place. Utah comes in way ahead—you’re nontrivially higher than any other state in the nation.”

Of course, California is still in the rankings—one in 72 VC-backed startups reach unicorn status in the golden state. It’s followed by New York, with one in 95. From there, the numbers drop significantly under the national average: Pennsylvania sees one in 270, while companies have less than a half-percent chance of getting the billion-dollar valuation in Indiana.

Doug Regner, an operating partner at Unusual Ventures, thinks Utah holds its own against Silicon Valley—and the other entrepreneurial hotbeds—thanks to its “long-standing culture of hard work, education opportunities, and software and technology expertise.”

Unusual Ventures is a venture capital firm with offices in Boston and California. It’s headquartered in Menlo Park, where Regner lived up until recently.

His move was unrelated to Unusual Ventures’ expansion aspirations. In fact, Regner says the firm wasn’t envisioning a stake in the state before his relocation.

“My move was not a strategic decision [by the firm],” Regner says. “As partners of a young family, we were attracted to how family-friendly Utah is.”

Of course, for the benefit of his career, Regner had a startup state in mind. Utah’s business environment is what sealed the deal on his family’s decision.

“We didn’t want to be in a place where there were only one or two companies, where if things changed—as they inevitably do with startups—that would force us to move again,” he says. “And here, the startup scene is the exact opposite. It’s growing constantly, and that’s very compelling.”

It ended up being compelling to Unusual Ventures, too. Through his role at the firm, Regner is starting to include Utah universities in their University Founder Fellowship, a program that traditionally targets Harvard and Stanford students.

“We don’t want to miss out on Utah’s talent,” he says. “We want these students and companies in Utah to know that we both recognize the work being done and we’re prepared to be there.”

But what makes Utah different to Regner isn’t scientific.

“Those are all anecdotal observations based on our client work,” he says. “But I haven’t seen that combination of factors exist anywhere else.”

It’s not just investors that feel this way. The team at Qualtrics, one of Utah’s recent unicorns, also says there’s just something special about Utah.

“Qualtrics was founded in Provo because it was our founders’ hometown,” says Mike Maughan, who joined the office of the executive chairman back in 2013. “We got lucky because Utah is a stellar place to build and grow a startup. The talent pool, fed by multiple universities, grows richer every year because of the flourishing tech community. Qualtrics is living proof that this is a great place for fast-growth startups—we flourished here, and today we are a global company with more than $1B in annual revenue.”

Of course, you might want more than anecdotal evidence from those who’ve made it to the big leagues.

“If you talk to VCs and unicorns in Texas, I’m sure they’d say it’s the perfect place to be for your startup,” Strebulaev says. “But I can confirm quantitatively that Utah is a standout.”

Strebulaev says Utah’s innovation hubs and networking capabilities are to thank for the first-place ranking. An innovation hub, he says, is a cluster of venture capital, startups, late-stage investors, and research.

“Silicon Valley is the biggest one by far if we’re just looking at size,” he says. “But again, if we instead study ratios, we find that Salt Lake City’s hub is larger per capita than other innovation hubs in the nation.”

The size of Utah’s innovation hub is also thanks in part to Strebulaev’s second point: networking.

Students from Utah are often thinking about how to support their state, how to give back,” he says. “And those who go to school there tend to stay.”

While many of Strebulaev’s students went on to found or work for startups, that’s not who he says drives a strong network.

"If you started in any of the 50 states, you'd have the highest chance of launching a unicorn in Utah, "

“Late-stage funding often comes from outside the state a startup is headquartered in,” he says. “This usually means startups are pitching somewhere like Silicon Valley or New York City, locations that we saw take the second and third spots in our research.”

But what Strebulaev saw from Utah was a different story.

“From our observations, venture capitalists from Utah who decide to stay outside of the state are more likely to continue networking and investing in Utah startups—many of which, we saw, turn out to be unicorns,” he says.

Utah startups will likely get a Utah investor on the phone, even if they’re calling a California area code. It follows, Strebulaev says, that the strength of those Utah ties gives Utah-based startups an impressive global reach.

The unicorn probability isn’t a recent development, either. “We’ve been collecting this data for 30 years,” he says. “If we had done this analysis, looked to answer this specific question, in, let’s say, 2018, we would have had very similar data. This isn’t a one-off trend we’re seeing; it’s a steady accrual of talent and capital.”

Even for Utahns, all the above might be surprising. Strebulaev’s comment section on his LinkedIn post was full of question marks, and so were his DMs. He says he got similar shocked reactions from academics. But Strebulaev had an idea that Utah would come out on top thanks to a little anecdotal evidence of his own.

“I was a bit less surprised than I maybe should have been,” he laughs. “In my 18 years of teaching over 2,500 students, I don’t remember one from Utah who emailed me an excuse about missing an assignment. Students from Utah stand out. They’re serious, have work ethic, and value their studies.”

These geographical results are only part of a larger project Strebulaev and his team are publishing. Now, they’re drilling down on the investor side of the equation—where he expects to see Utah take another podium spot.

“We plan to next compare the investors in these unicorns against investors in those randomly selected companies,” he says. “I’ll be reporting more geographic data on Utah and how it compares to the rest of the states soon.”