This month, Utah Business partnered with Holland & Hart and Brahma Group, Inc. to host a roundtable event featuring energy specialists to discuss changes in the landscape, innovation, and environmental social governance. Moderated by Dr. Laura Nelson, executive director at the Governor’s Office of Energy Development, here are a few highlights from the event.

What has been the most significant change in the energy and minerals landscape over the past five years?

We’re becoming involved in environmental social governance (ESG). We’re continually looking at opportunities to improve our greenhouse gas emissions, to lower our carbon footprint, and continue mining at the same economic value that we need to stay in business.

The interest in smart energy technologies is the big thing we see. We expect that to continue to be a big driver of new opportunities for us. We’re not getting a lot of pressure to [wrap these technologies in environmental and social governance]. But we like to do that anyway because, for us, it’s really important to provide that context to build a comprehensive energy literacy. And we want to make sure that’s captured in the way we present the whole new smart technologies and opportunities that make sure they understand that broader context.

We’ve seen an increase in state enforcement since the new administration took over. Enforcement rates are significantly lower on a federal level in terms of clients that are getting hit with inspections and enforcement actions by the EPA. We see state regulators stepping in and looking at things that they may have not been concerned about in the last several decades, and we have a lot of clients that are struggling to keep up with that.

Our clients, for the most part, have corporate sustainability policies, and they have other drivers besides regulation that help them make their decisions. I see more and more clients engaging at the front end with environmental groups, and we regularly advise them to do that if they think they’re going to have an issue. Let’s go sit down with that group now and be proactive. That’s a little newer for Utah. And it’s a smart way to go.

For us, it’s been customer expectations, and that ranges everywhere from our major industrials all the way down to the local homeowner. And if I look back five years ago, and we think about what the ask was from our major industrial customers, [it was] very obviously reliability and price-focused. [There was] not a lot of mention of the ESG components coming from their boardrooms and their policymakers. That’s quickly transitioned. It’s no longer a state   procurement approach to how am I sourcing my energy, it’s really become boardroom driven.

If I take it down to the local, homeowner customer it used to be you get a monthly bill on paper and customers hoped they never talk to the utility. And now we’re getting thousands of pings to our apps and our websites every day checking bills, checking the status of the system, looking forward to our ESG plans. That information flow today versus just five years ago has grown exponentially, and it’s changing daily.

Are we keeping pace here in Utah with innovation? Do we need some policy changes?

The government is a vehicle for facilitating discussion between opposing views. I participated in an event in Nevada where they talked a lot about how the government had spent a significant amount of time bringing the environmental and business communities together to find workable solutions. Those reduce costs and provide for increased opportunities.

With the rate of change and the regulators seeing themselves as primarily a policy implementer because there is such a rate of change to go through the process of, ‘I need to identify where I have a constraint?’ Do I need to take it from a policy perspective to the legislature to get law enacted to allow the policy then to be administered? That process can take too long. So it really becomes that streamlining of identification of where are these bottlenecks or roadblocks to the innovative deployment of technologies that are changing very, very quickly.

Things can always be improved. Utah does an excellent job compared to other states in how we work together. Being transparent in the way that we select boards and how we go through our processes is key. People are more and more in tune with apps, social media, all the other interesting new communication tools we have. If we’re not transparent, it tends to come back and is shown to us. And we need to make sure that we maintain that we’re moving everything forward together.

Rio Tinto has partnered with the World Bank, environmental groups, and extractive industries on just that: setting up a forum to discuss what type of policy, what type of acts are needed for the future. So I think that’s very similar to what everybody said. And I would also say that maybe the last piece is as we come up with ideas and leading initiatives that we act on, so we can show that we are actually moving. That’s very telling and it helps progress if we actually have tangible results.

How can we drive positive environmental results through our energy and minerals activities?

At Dominion, our environmental initiatives have largely been the best economic outcome. For example, a big push for drilling wells off of pads. Rather than individual well locations taking up a lot of space, we can drill eight wells off of a single pad. And so that’s been a big environmental push for us. [We use a] closed-loop completion system where we use our produced water to complete our wells, and we flow it back into our pond and we reuse it.

Over the last several months, Rio Tinto Kennecott and Rocky Mountain Power worked to cease operations of our power plant, which has been in the valley for decades. We’ve also offset all that electrical supply with certifiable renewable energy credits, which really set the standard for Rio Tinto as we go into this ESG space, in that we make our announcements to the public, but here’s a tangible result that actually shows we’re kind of doing what we’re saying we’re going to do. And we don’t see any other mine in the US, or elsewhere, that has done this. And we’ve taken a big step of offsetting our carbon footprint, the closure of the power plant removed over a million tons of CO2 per year in the Salt Lake Valley.

We work a lot with electric and gas utilities. And what I wanted to say is I think the utilities in general, they’re doing an excellent job being proactive on the environmental front. In fact, it’s a story that I think utilities are trying to tell, but they need to keep trying to tell it better and better because it’s a great story.

I was at a municipal power conference two weeks ago. I was surprised at how much discussion there was about reporting carbon emissions, about taking the initiative about not waiting to be kind of a mandate and required and I was actually very impressed. And their outgoing president and CEO got up and really kind of laid down the gauntlet in her farewell speech and challenged the members of that association to continue doing better. And frankly, from a political standpoint, these folks are pretty conservative. That was a very interesting takeaway for me.

That is a trend that we’ve seen, especially with very large utilities like Dominion, large exploration production companies like Chevron, and Shell have all over the last couple years come up with very large reduction initiatives. For example, we’re looking to cut our fugitive methane emissions by 50 percent over the next two decades. And then if you had also brought a proclamation, I think that’s another thing that would be great for educational purposes.

Whenever we prepare a pat to drill―it’s very large usually four or five acres plus access roads―we do what’s called interim reclamation. So as soon as we’re done drilling those, which might take several weeks, we go in and we can reclaim about three-quarters of that entire site back to essentially how the environment was, and we go above and beyond. There’s been a lot of technology, a lot of innovation in the reclamation space with finding the right soil additives to encourage the vegetation to grow back to how it was. Often times, a lot of our sites end up better than they were before we even disturbed it.

That’s why I love my job. I think the industry has a big role, if not the largest role, in driving this. I introduce myself to people sometimes and tell them, I’m an environmental lawyer, and they say, “Oh, that’s so great. You’re out working for environmental groups,” and that’s their assumption.

It’s these companies that are driving environmental regulation, it’s not necessarily EPA. But a lot of it is doing the right thing and responding to market forces and responding to shareholders, and there’s a huge role on that side. 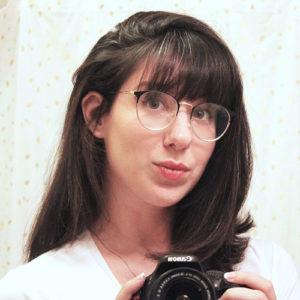 The History Of Black Businesses In Utah